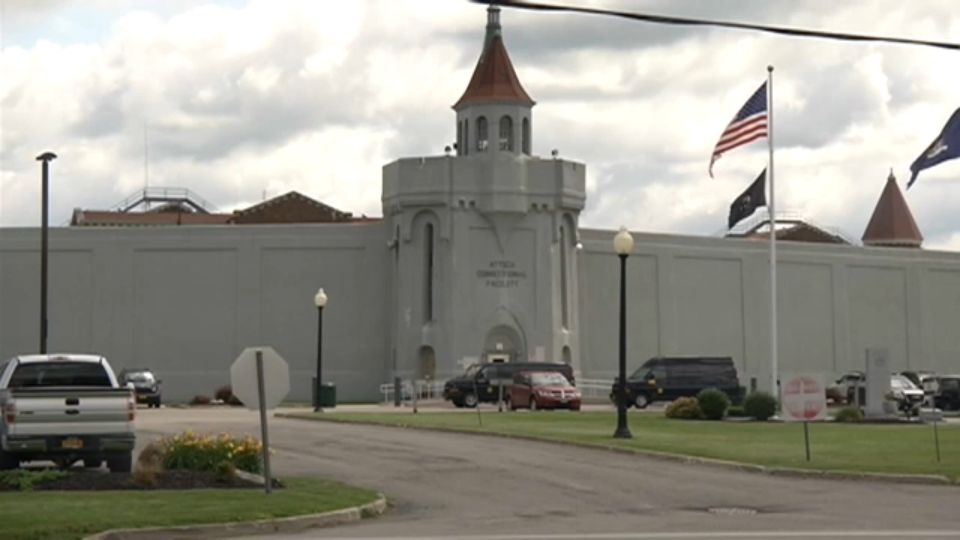 The outbreaks were at seven state prisons, including Attica Correctional Facility.

"Monday was the first day he told me that he took a swab, a nasal swab," explained Arlene Normyle of Manhattan.

Normyle's son, Sean Ryan, is an Attica inmate. He's spent 26 years in solitary confinement, which is currently being used as "medical quarantine" for COVID-19 patients.

"I mean, he's in a tomb to begin with, and now these cases and fatalities are hanging over him," added Normyle.

According to a December 10 NYS DOCCS report, Attica has 63 positive cases of COVID-19, with 89 tests pending.

"When I would go to visit, there would be no soap, paper towel, or hand sanitizer available to the visitors most of the time, let alone to the prison people," said Donna Robinson.

It's not just an Attica problem. Robinson has a daughter that's an inmate in another Upstate New York prison. Robinson, who lives in Buffalo, says it's not only a health risk for her to take the bus across the state, but she's also worried about her safety when she gets to the correctional facility.

"They don't regularly issue masks to the women [in her daughter's correctional facility]," stated Robinson.

The DOCCS released the following statement, in part:

"As a result of the significant increase in COVID-19 infections at the Attica, Auburn and Cayuga Correctional Facilities, visitation at the three facilities has been temporarily suspended until further notice. Programs are currently suspended, however select programs will be modified in order to continue the work. The Department has also deployed rapid testing for staff. The incarcerated individuals continue to have access to their tablets, the kiosks to send secure messages and the telephones.
At this time, recreation is being run as usual. In addition, visitation at the Elmira and Southport Correctional Facilities, which are located within an “orange” zone, and the Greene Correctional Facility remain temporarily suspended."

Data from the Release Aging People In Prison Campaign states: thousands of people, aged 50 and older, in New York State prisons are eligible for parole release, imprisoned on a non-criminal technical parole violation, and/or are within a year of their release date.

It's yet another reason, why they continue to push Governor Cuomo to grant clemencies to people in prison in response to the virus.

"It's like their lives don't matter," she said in frustration.

The department said it takes seriously its duty to ensure safety for those inside the facility.

“During this difficult time, the Department is appreciative of everyone’s patience and understanding as we continue to face this virus together. If Auburn  is included in any new micro-clusters in the future, the incarcerated population at the facility would be briefed on any changes mandated by the conditions of that cluster.

Every facet of the state’s response to the COVID-19 outbreak has been guided by facts, scientific data, and the guidance of public health experts at NYS DOH and the CDC, and the work of DOCCS to protect the safety of New York’s corrections staff and incarcerated population is no different. DOCCS continues to follow all NYS DOH guidelines regarding congregate settings at each of its facilities, including Auburn Correctional Facilities. The Department also continues to review all options, as circumstances arise, with the guidance of the NYS DOH.”