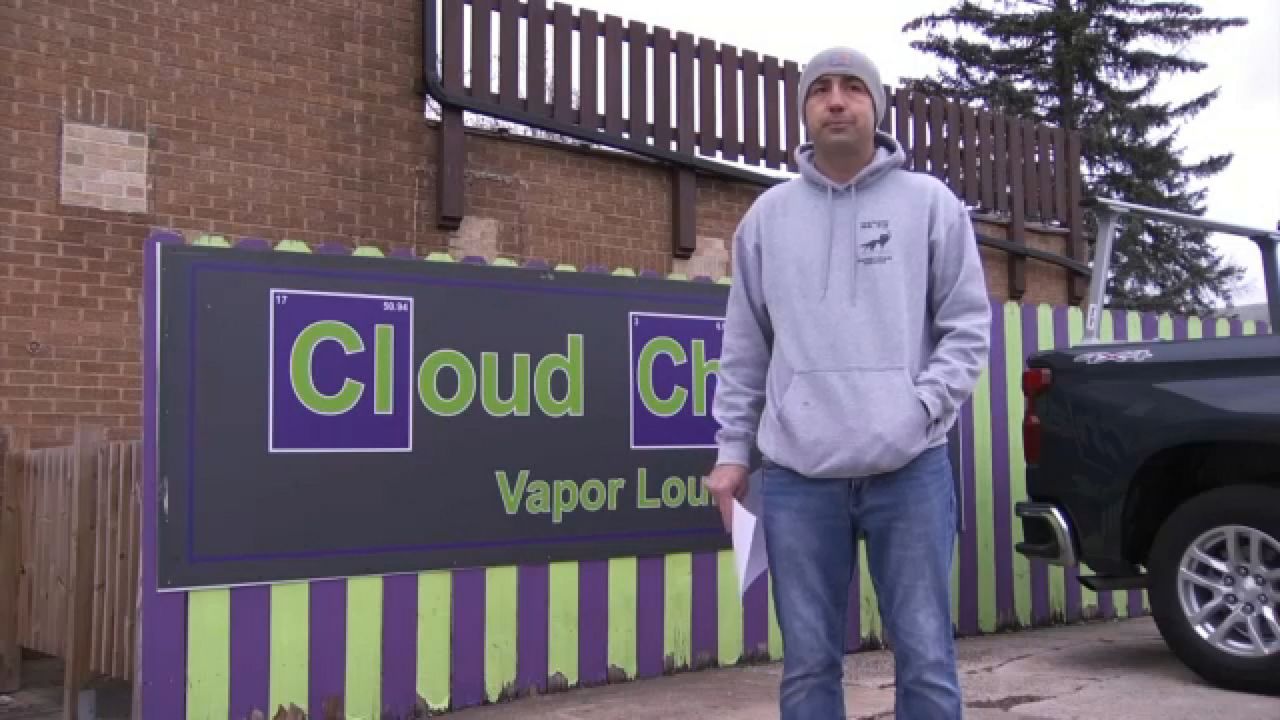 LANCASTER, N.Y. — Recreational marijuana has been legal in New York for several months but there are still no places to legally buy it. That won't happen until April at the earliest.

Cities, towns and villages have until the end of December to decide if they want to allow marijuana sales or on-site consumption. The town of Lancaster has decided to opt out, but one man is working to reverse that decision.

When Thomas Snider heard marijuana would be legalized in New York, he was excited to potentially get into the marijuana business.

“I know so many people in my life that have benefited from cannabis use for medicine, for getting off of harder drugs and things like that," said Snider. "If we can provide a service for people, our tentative name for a dispensary is the 'Helpful Cafe.' We’re here to help.”

The town of Lancaster’s board recently voted to opt out of adult-use cannabis retail dispensaries and on-site consumption licenses.

“The reasons were, at least from what I heard, that it’s a safety issue," Snider said. "What do we do now that people are gonna be using cannabis and driving.”

Snider owns Cloud Chasers, a vape shop in Depew, a village split between Lancaster and Cheektowaga.

“We were hoping to have the business in the same spot or because we are from Lancaster and do business in Lancaster," said Snider. "If Lancaster was open to it, we may have shifted there.”

So, Thomas decided to start a petition to allow the residents of the town to vote on the matter.

That’s about 2000 signatures out of a population of 40,000 people. Thomas says the petition is receiving steady signatures every day and believes an overwhelming majority is in favor of opting in. He says regulated cannabis shops bring in more taxes and an increase in revenue.

“That money does not have to be put into the general fund," Snider said. "It could be used for any areas that a town or village is falling short on or it can be a dedicated revenue source for anything they see fit for the future.”

The potential tax revenue provided by marijuana dispensaries is a major argument in favor of allowing them. But many municipalities are opting out because of a lack of information from the state.

"I think they're looking for more guidance, especially on the on-site consumption sites of what the regulations for that would be," said Heather Trela, director of operations for the Rockefeller Institute of Government. "For dispensaries, there are some broad strokes in the legislation – like, it can’t be by a school or other particular businesses, but there are other concerns as well. How many licenses will be distributed? Where? How the decisions would be made? Are there costs associated with a dispensary being present in your town?"

The Rockefeller Institute of Government has an online tracker showing the decisions made about marijuana sales by municipalities in New York.

Right now, in the eight counties of Western New York, 104 municipalities have opted out and will not allow sales or consumption sites, while 37 have opted in and will allow them.

Seven have decided to allow dispensaries but not consumption sites and 79 have yet to make a decision.

If they do not decide by the end of the year, they'll automatically be opted in and cannot change that.

To see which locations have opted in or out, click here.