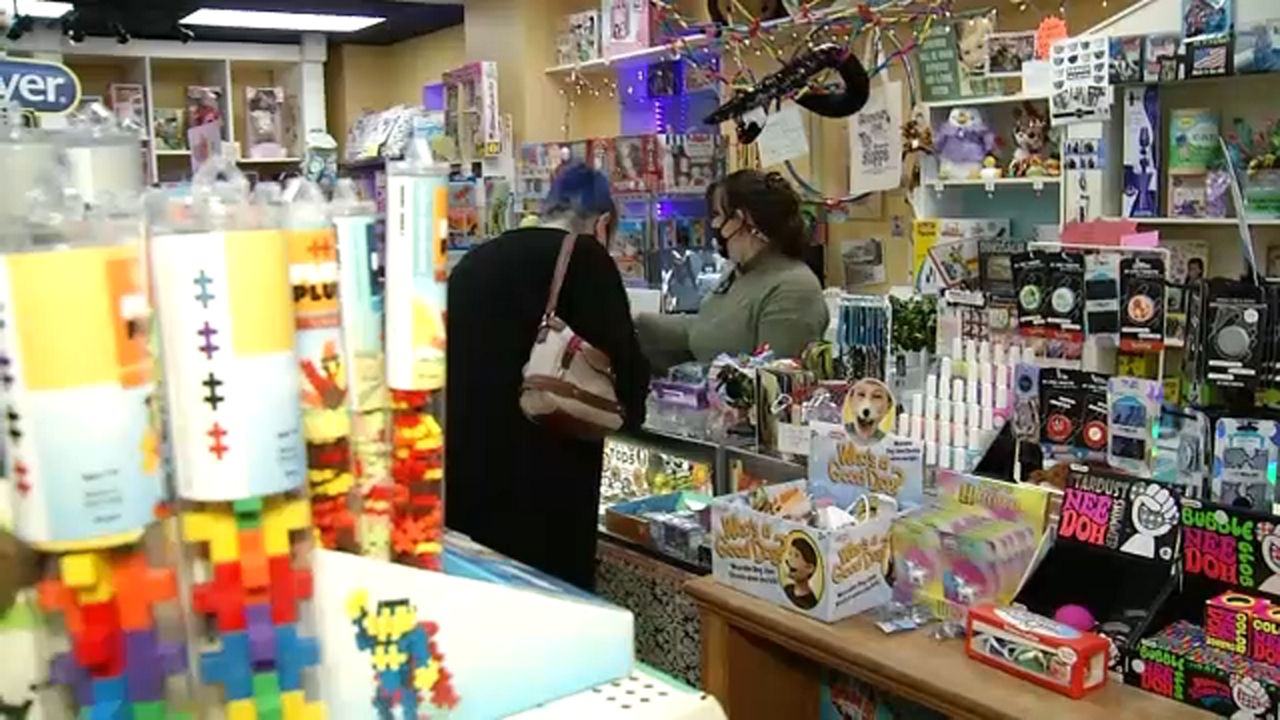 LANCASTER, N.Y. — Like a scene out a Hallmark movie, Christmas in The Village of Lancaster is special.

"And that's the best part of working here," she said. "Seeing the kids and their excitement when they see Santa Clause."

But like most other things this year, 2020 has taken its toll on Newman and every business around her.

"It was COVID and then it was construction," Newman said.

In midst of a global pandemic, Christmas is going to be a whole lot quieter.

"There's no tree lighting ceremony, there's no Lancaster Opera House, there's no firetruck parade, so everyone that comes in here we just appreciate so much. They’re really helping us to get through," she said.

The first wave of the pandemic forced Newman to shut her doors right before Easter, her second busiest time of the year. But rather than fold, she got creative beefing up her store's presence on social media and finding a way to reach her customers virtually.

"We did Facetime. We did texting back and forth, and we were able to showcase the products for the customers take credit cards over the phone. Paypal, Venmo, and we did local deliveries and curbside pick-up," she said.

Those efforts helped sustain her business until the lockdowns were lifted, just in time for a massive construction project to get underway right in front of her store.

Newman said and the rest of the village carried on and things were again looking up. The project to expand Main Street and attract new development appeared to be ahead of schedule. Unfortunately so was a second wave of the coronavirus. Lancaster was hit hard and currently has the highest rate of infection in the state.

"And just when they're getting ready to open the road now there's talk of us going red. So we're nervous again," she said,

Lancaster's current orange zone restrictions have allowed Newman to stay open for now. But if infections don't go down, the governor says moving to a red zone is inevitable and all non-essential business would have to close.

"And we're doing one in December for St. John Vianney Catholic School where all the parents will shop online virtually and then we donate a portion of the proceeds back to the school," she said.

And just like any good Christmas Movie, Newman is determined to give her village and customers a fairy tale ending, no matter what it takes

"Well we have such a great community and they really rally around us," she said.