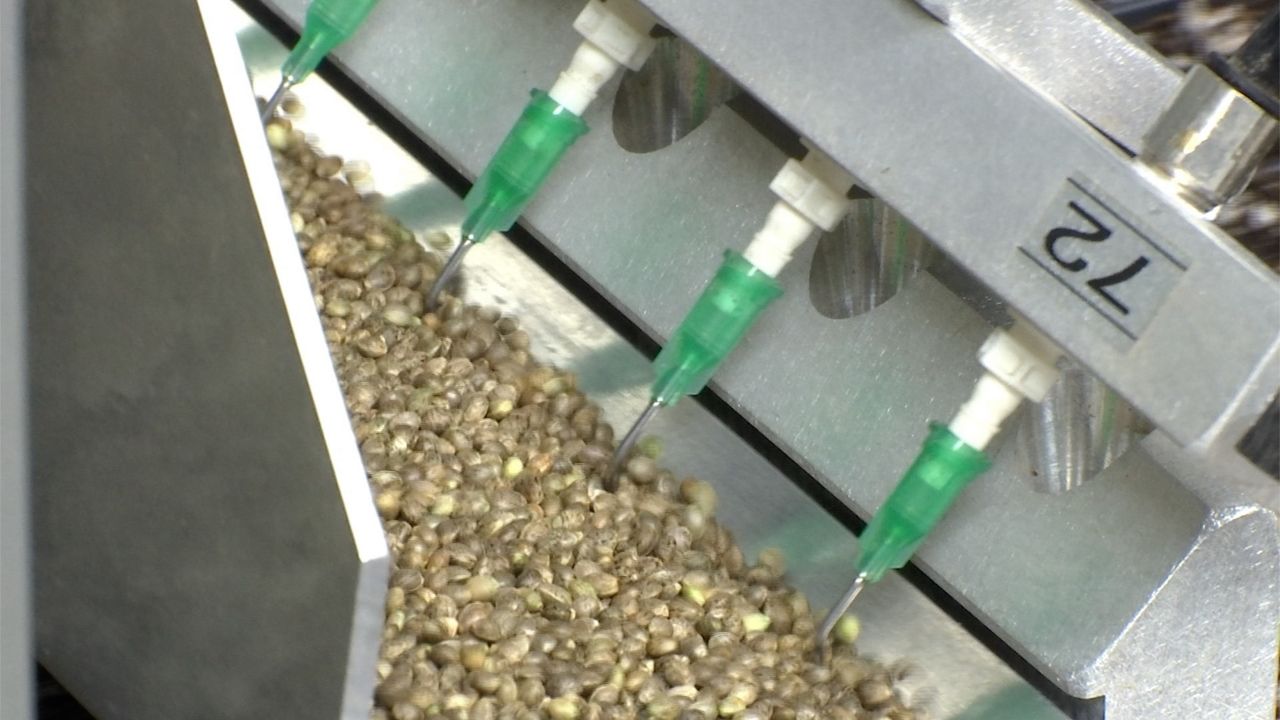 NEWARK, N.Y. — New York state has approved 52 licenses to cultivate marijuana for adult use. For those who are in that group, the license presents a big opportunity.

In a Newark warehouse, they are literally planting the seeds for a new frontier.

This month, the business began planting cannabis seeds. Honest Pharm Co. is one of the 52 businesses approved to grow and cultivate marijuana in New York.

They are pioneers of this new frontier.

“It's getting more publicly accepted,” said Jimenez of the use of marijuana. “And as we educate people, it's not just about getting high. There are medical benefits.”

The past few years, Honest Pharm Co. grew hemp in the warehouse. The product was used to develop a line of CBD products. The machine which can plant 9,000 seeds an hour is the same one they used for hemp.

“It does give us a leg up a little bit,” he said. “Because we have done it on a mass scale.”

Jimenez has previous experience in Colorado’s booming marijuana industry. He says Newark has welcomed him back to his hometown.

“I mean, you're always going to have one or two,” said Jimenez of the naysayers. “But as far as the community here in Newark, it's been open arms here.”

Jimenez says the plan is for between 8,000 and 10,000 marijuana plants this year, which will be grown indoors, then picked, dried, processed and sent off to the state for testing — and finally sold to dispensaries.

“The potential here is unlimited,” said Jimenez. “As long as you got everything together and all the moving parts and the right people together, you can really take off in this industry.”