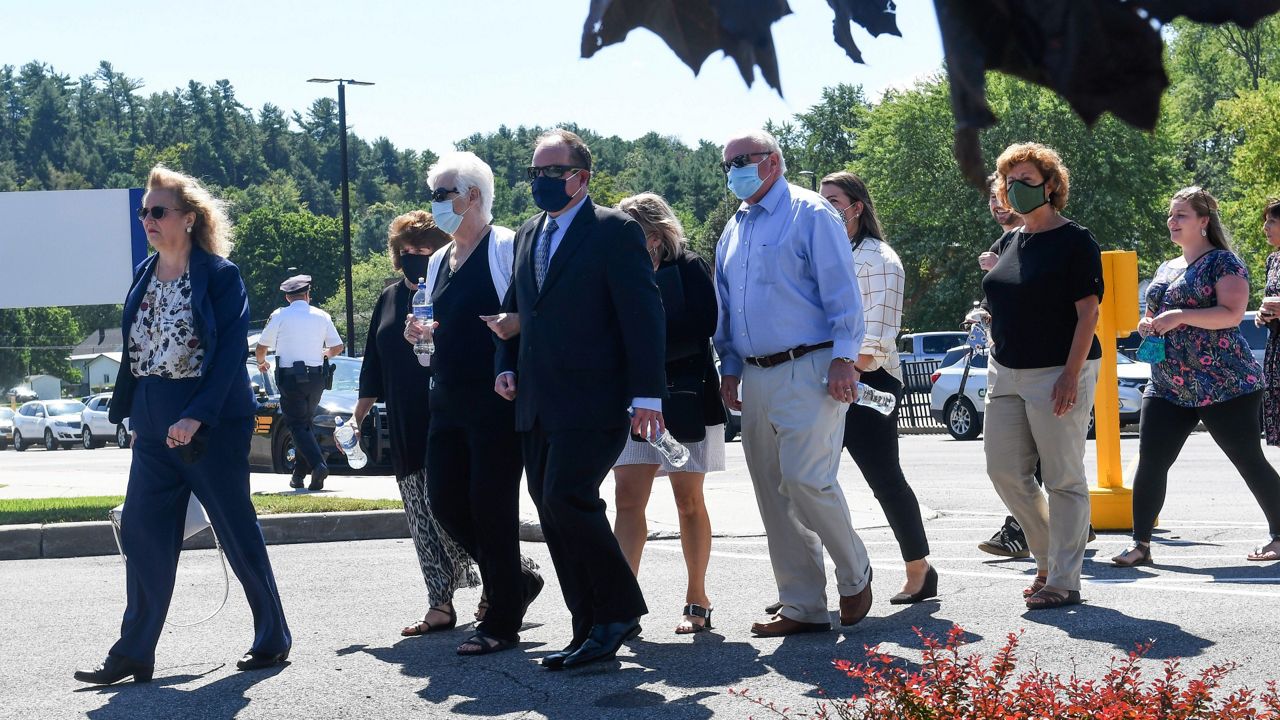 Family and friends of those killed in the 2018, limousine crash what for the trail of Nauman Hussain, to start in a converted courtroom to accommodate more people at the Schoharie High School gymnasium Thursday in Schoharie. (AP Photo)

Families of Schoharie limo crash victims: 'I don’t feel there was enough justice'

So many families were impacted by the October 2018 limo crash in Schoharie, many of them losing more than one loved one in the crash that killed 20 people in total.

Nauman Hussain, the operator of Prestige Limousine, the company owner of the vehicle involved, pleaded guilty to 20 counts of negligent homicide on Thursday, nearly three years after the crash.

Also on Thursday, the families of those who were lost finally had their moment to share the memories of their loved ones and address Hussain for the first time.

Speaking for three hours, many of their words focused on the memories and pain they still experience each and every day without their loved ones.

“Time does not let it any less painful.” Said the mother of Erin McGowan. “But even with this pain, I do not hate the defendant. But I wanted justice, not a slap on the wrist.” Nauman Hussain could be seen wiping his eyes as the families speak. @SpecNews1Albany

They also spoke of the anger that this plea deal is not exactly what they expected justice to look like.

“I don’t feel there was enough justice for our children," said Jill Perez. "Our children deserve more than that."

Hussain will be placed on interim probation for two years and serve 1,000 hours of community service, per after which time he will serve three more years of probation, but will serve no jail time. He also will pay an undisclosed amount of money in restitution to Schoharie County.

“Mad, disappointed, and mad," said Mary and Kyle Ashton. "A lot of failure on the part of the state."

The defendant could be seen wiping away tears as the families spoke.

“If I were in their shoes, I'd feel the same way," said defense attorney Joe Tacopina. "It’s just the case, the facts were a little more intricate and complicated than initially people were led to believe."

And as this criminal case now comes to a close, justice for these families looks a lot different than they had originally expected.

“It’s really hard. We really miss Matthew, we really miss all of them," Perez said. "They were incredible kids with such a future. And it’s a shame the law is the law and they’re limited in what they can do. We all agree there should be prison time attached."

They're now searching for justice in other places, including a civil suit that holds both the state and Mavis Discount Tire accountable.

The judge addressed the families after those impact statements wrapped up, saying the criminal justice system cannot undo the tragedy that occurred on Oct. 6, 2018, but hopefully it can help bring out the flaws in the system to make sure it doesn't happen again.