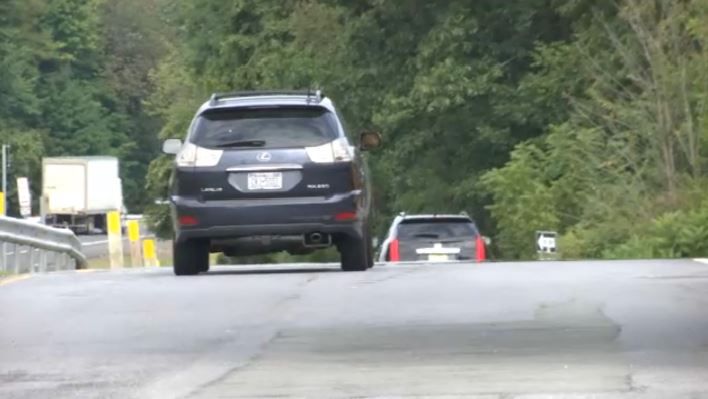 If lawmakers take up a recently filed bill, it could soon become illegal to "cruise" in the left lanes of any interstate in New York State.

"Each lane has its purpose," said Eddie Vasquez, a security professional in the school bus industry. "People should know."

Vasquez, who spoke with Spectrum News during a quick break at the Plattekill rest area on the Thruway, typically does a lot of driving and said he sees many misuses of the left lane.

"If you're in the left lane going an average speed, cruising or going slow than the speed limit and someone's trying to get by you," Vasquez explained, "now you're causing that driver to move over and to possibly have to force somebody else to move over. It's like a domino effect."

Senator Joe Griffo (R-Rome) filed the bill, S6675A, just before the legislature recessed for the fall. Griffo said the overuse of the left lanes of interstates leads to bottlenecks, safety hazards and aggravation of other drivers.

He said the legislation currently suggests small fines — $50 for the first offense and $100 for the second — for drivers who are caught cruising for more than 1 1/2 miles in the left lane. The legislation would not allow for points to be added to any offenders' licenses.

On Monday morning, traveling to gas stations and rest stops, it was difficult to find any drivers who oppose Griffo's bill.

"I would agree with it," said Pat Connelly, who was on her way home to Vermont via the Thruway. "I would say it makes sense."

Connelly does not consider herself much of a left-lane driver, because she drives more slowly than most other drivers. Still, though, she said she has seen the left lane misused lately, and has seen the consequences: Other drivers have to suddenly adjust and sometimes become angry, putting others in danger.

"I think you just have to have good driving etiquette and know where you're supposed to be," Connelly said, "because what you do can affect other people."

According to a press release from Griffo's office, 13 other states have laws limiting use of the left lane on interstates. If the bill generates interest this fall, it may see debate in a senate committee once the legislature reconvenes in January.