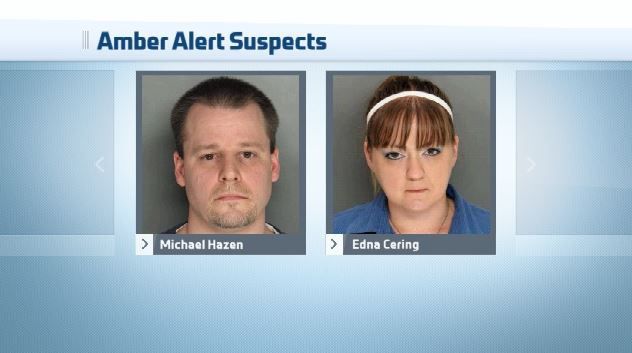 WALTON, N.Y. -- The Amber Alert issued for a newborn girl abducted from Delaware County was canceled.

Walton Police said the days-old child was found with a relative in the town of Hancock.

According to investigators, she was abducted yesterday by 39-year-old Michael Hazen and 33-year-old Edna Cering.

The infant, who police said was born without medical care, was taken to a local hospital for an examination and appeared to be in good health.

Police said Cering is still at large and is believed to be with Hazen.

Officials said both have a violent history, including assaults.

If you have information on their whereabouts, call 911.