Containers of Aunt Jemima syrup are displayed on a grocery store shelf on Wednesday, June 17, 2020. Quaker Oats is retiring the 131-year-old Aunt Jemima brand, saying the company recognizes the character's origins are "based on a racial stereotype."

Aunt Jemima's Story Is Over, But it Started in Syracuse

Most people recognize Anna Short Harrington as a face on their syrup bottle used to eat pancakes and waffles, but many do not know her career with Quaker Oats began in Syracuse.

Local historians say that Harrington came to Central New York to work as a maid for a family in Nedrow.

“When she comes to Syracuse, in addition to her maid job, she ends up becoming a cook for several Syracuse fraternities. Wherein the story goes, her pancakes were incredible and they become sort of legendary locally," said Onondaga Historical Association Curator Bob Searing.

Her cooking was so delicious, she made the pancakes at the New York State Fair. That’s where, historians say, she was asked to be the new face of Aunt Jemima.

“Mrs. Harrington takes the opportunity and it changes her life entirely. She becomes a national celebrity,” said Searing.

Harrington spent many years in the role representing the brand. Now, after 100 years, that character is retiring. Amid national protests against systemic racism, Quaker Oats said it’s due to the racial stereotypes associated with Aunt Jemima. 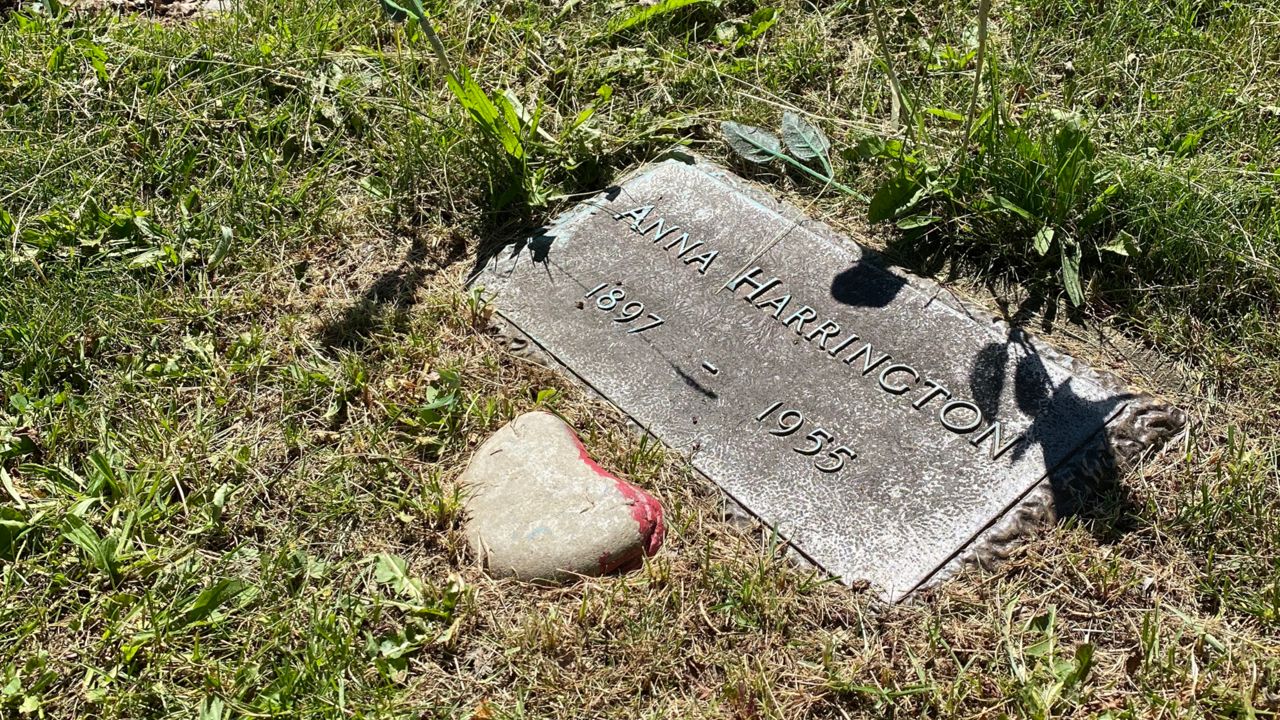 “One of the things we’ve seen within the last few weeks, with the continued protests against racial inequalities and protests for social justice, is a growing awareness of some of these problematic more aspects of our culture that have been sublimated to the national consciousness to the point where people eat Aunt Jemima pancakes and they have no concept of the Aunt Jemima character or the history of it,” said Searing.

That lack of knowledge on Anna Harrington is also likely a result of racial inequalities. She bought a house in the 15th Ward of Syracuse, which along with hundreds of others, was destroyed by urban renewal and the construction of Interstate 81 in the 1960s.

"It’s amazing to think a woman who was such a celebrity print for this depiction of this figure, which evidence by the reaction, was part of the American fabric, was buried rather non decrepitly," Searing said. "It’s just her name and her date of birth and her day of death, but that she sits and rests in Syracuse is just another one of those really interesting parts of Syracuse history."

According to her obituary, Anna Harrington spent 25 years in the Salt City. She was buried at Oakwood Cemetery in 1955.