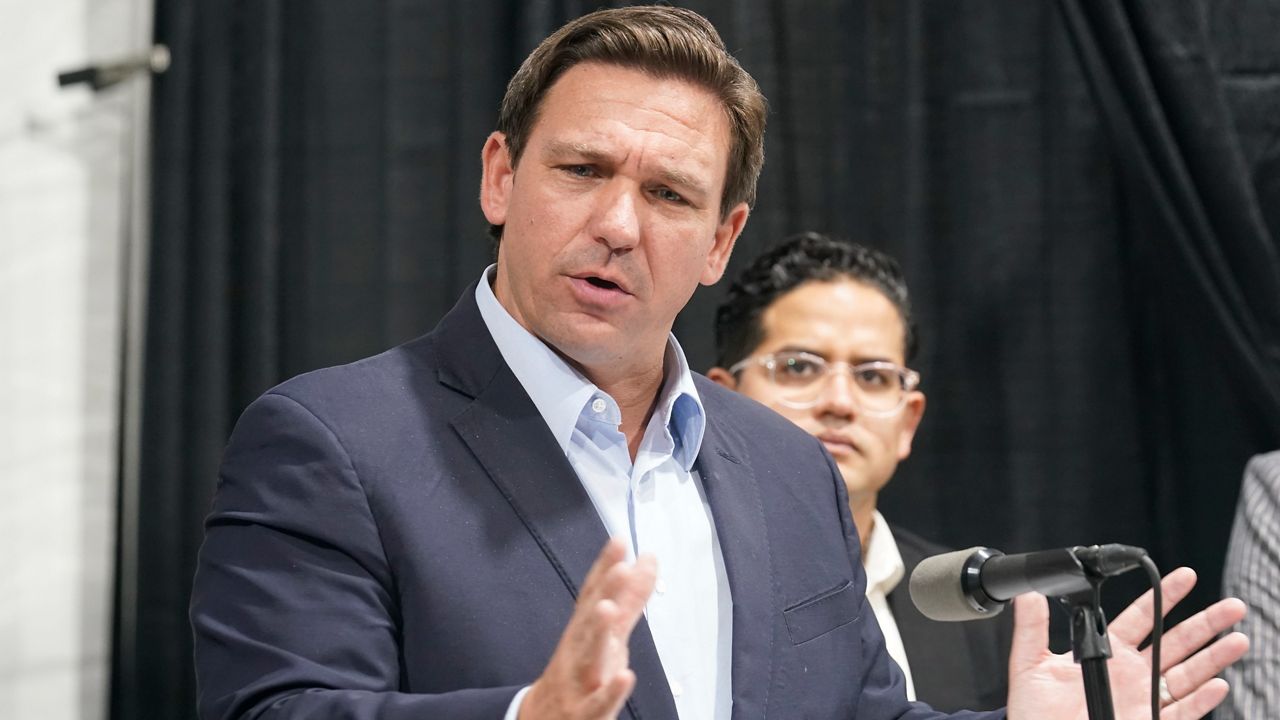 TALLAHASSEE, Fla. — A three-day trial to decide the fate of Gov. Ron DeSantis' executive order barring school districts from implementing classroom mask mandates began Monday, with several of the parents who are suing the governor's administration testifying that his order is a direct affront to the health of their children.

Amy Nell, whose fifth-grade son attends a public school in Hillsborough County, told a virtual courtroom that because younger students are unvaccinated, mandating masks is the only line of defense against virulent spread of the coronavirus in classrooms.

"My son is just starting to get really good at playing tennis," she said. "He loves it. It means a lot to him. He's worked his tail off for a couple years for this, and if he gets COVID, he probably won't die; that's not my main concern. But, what if he has long-term breathing trouble and he can't do the things that he wants to do anymore?"

Some school districts, including Hillsborough, have implemented mask mandates despite DeSantis' order. As the number of COVID cases and hospitalizations in Florida have risen precipitously over the last several weeks, public health concerns have weighed more heavily on the minds of many school board members than potential penalties associated with violating the governor's order, including the withholding of state funding.

But DeSantis has continued to couch his order as being guided by a parents' rights law passed last spring by the Republican-controlled legislature. Parents, he argues, should be the ultimate arbiter of whether their children are required to wear masks in the classroom.

Later this week, witnesses supporting the governor's view are expected to testify about what they believe could be the long-term negative implications of school mask mandates, including delayed child social development.

In Nell's estimation, however, there are more immediate, life-threatening consequences that can result from failing to mask up.

"I would love for everybody to choose what they want to do with their kid, but if your choice puts others in harm's way or doesn't support the public health in general, then it becomes more of a community issue," she testified.