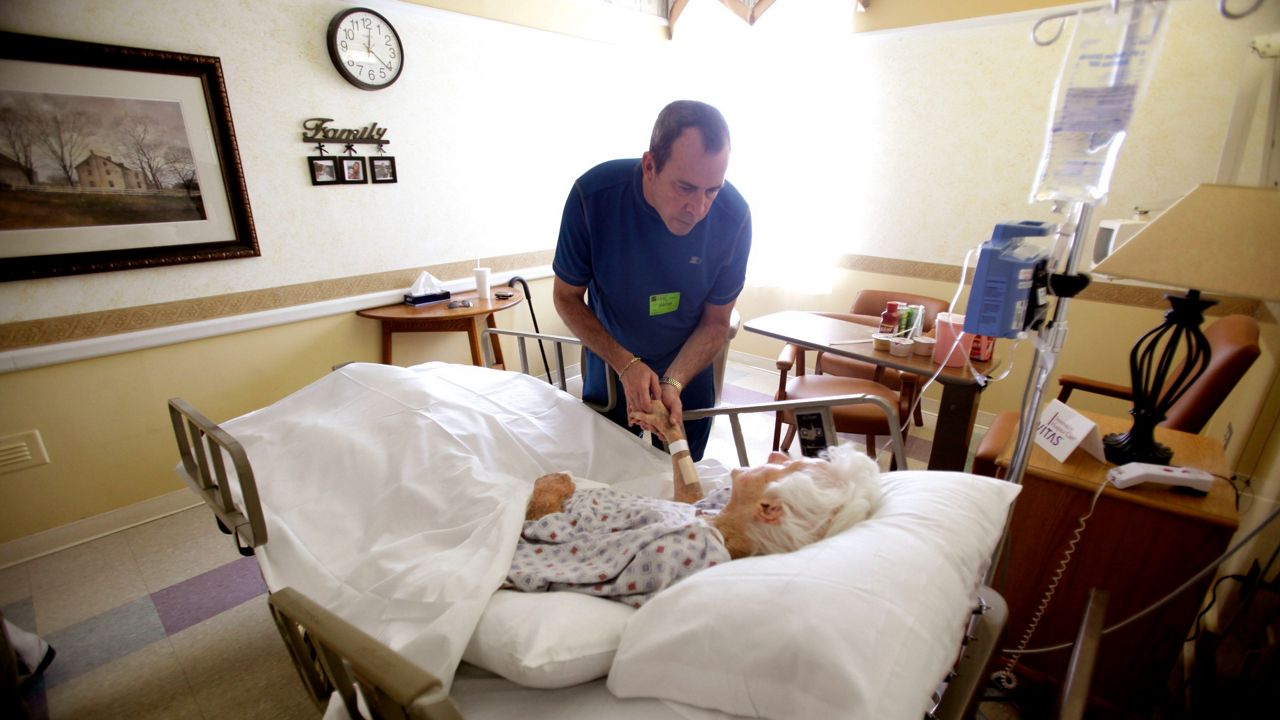 Home care workers haven’t seen a pay increase in New York in 10 years. If the bill passes in the budget, these workers would be paid at least 150% of the regional minimum wage.

While hospice workers are included under the bill’s language, they are not paid through Medicaid or managed care plans. Instead, New York’s hospice providers pay their workers through Medicare and currently, there is no provision within the confines of the “Fair Pay for Home Care” bill to reimburse those hospice providers for the wage increase they will have to pass on to their employees if “Fair Pay” passes.

“All the legislators we have spoken to, and there have been dozens upon dozens over the past few weeks, have indicated that [“Fair Pay for Home Care”] is a piece of legislation…that they feel strongly about that can do so much good,” Chirico said. “When we explain that hospice providers in New York state would be harmed financially, there is an acknowledgment that that wasn’t the intent.”

Again, hospice providers would still be responsible to commit to the 150% increase over minimum wage for their employees regardless of whether they can afford it, something Sen. May is cognizant of.

"The goal of the #FairPay4HomeCare campaign is to pay a living wage to workers who help New Yorkers live and age with dignity. Hospice workers are a critical part of that continuum, and I am working with my colleagues to ensure that they are included as part of a pay increase for home care workers. I will continue to advocate for their inclusion as budget negotiations continue," Sen. May said in a statement to Capital Tonight.

"I have long supported expanding access to hospice. I support providing state funds to enable hospices to meet the Fair Pay level until Medicare adjusts its rate. As we work towards a budget agreement, I'm hopeful we can address this issue in any Fair Pay budget language," Gottfried said.

According to Chirico, the cost to hospice providers would be about $40 million a year.

That cost is offset by federal and state funding for other kinds of home care providers, but not hospice care.

“Right now, there is about $5 billion between the state and the federal governments being contributed to help with this initiative, and that money is being used to offset the expense to healthcare providers,” Chirico explained. “What we’re asking to be put aside, is money to help the hospice providers cover that expense.”

According to Chirico, Gov. Kathy Hochul is aware of the bill’s oversight of hospice providers.

“We have received verbal support from the executive branch and an understanding at the Department of Budget level of the need for some support,” Chirico said.

In response to a request for comment about the issue, the governor’s spokesperson sent this statement to Capital Tonight.

“Governor Hochul’s executive budget includes bold initiatives to embrace this once-in-a-generation opportunity to invest in our future and we look forward to continuing to work with the legislature to finalize a budget that serves all New Yorkers," Hazel Crampton-Hays said.

If hospices in New York are not supported in this budget, Chirico said the financial hit could put some smaller hospices out of business.