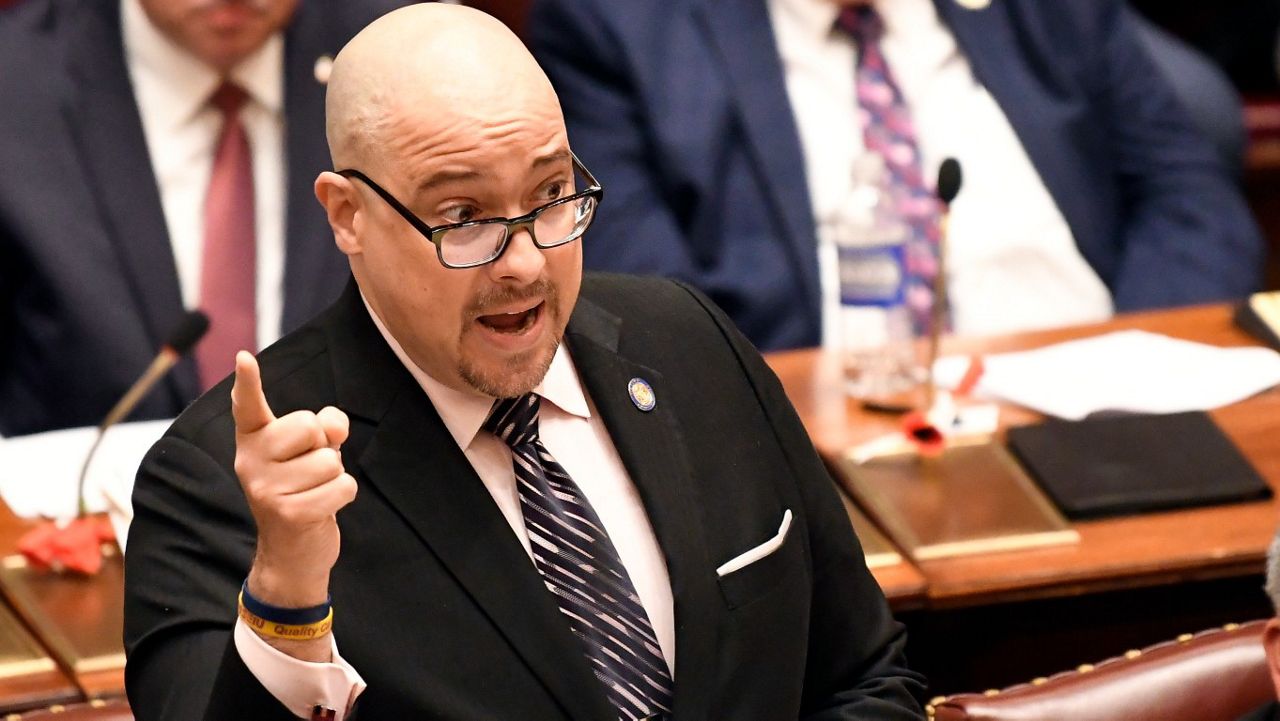 With the New York state budget due on Friday, there are plenty of issues in flux, from funding for universal child care to a pay raise for home care workers. But according to the chairman of the state Senate Health Committee, Sen. Gustavo Rivera, it’s been difficult finding traction on these issues because the focus in Albany has been on bail reform.

Criminal justice activists have dubbed Gov. Kathy Hochul “Cuomo 2.0” for what they see as her backsliding on bail reform (interestingly, GOP gubernatorial hopeful Rob Astorino has also used the nickname when referring to the governor, albeit for different reasons.)

When asked if he agrees with the idea that she is similar to the former governor, Rivera said no.

“Look, I’ve said this many times that this governor is very, very, very different from the last one. And in almost every interaction that we’ve had, including the conversations and negotiations that are ongoing around the budget, particularly on bail, have been very, very different from the conversations with prior administrations,” Rivera said. “However, I think it is fair to just say that I’m incredibly disappointed that she has taken, what seems to be, a page out of the Cuomo playbook. This is what the departed (Cuomo) did in almost every single budget.”

When asked to comment about Monday’s Siena Research Institute Poll which showed that 64% of New Yorkers are pushing for greater judicial discretion on bail — a change similar to what the Governor is pressing for — Rivera said it’s hard to fight against what he called “so much misinformation."

“There have been so many lies and so many distortions about what this actually is. Let’s just remember why we did bail reform to begin with. Bail is a way to criminalize poverty. If you, regardless of what you were accused of, if you have enough money, you could go home immediately. And if you didn’t have money, then you would languish in jail,” he said.

While Rivera has stated publicly that he won’t vote for a budget that includes the bail reform changes that Hochul is pushing for, he hasn’t closed the door on making changes to bail reform that don’t add to the burden of poverty.

“We recognize that not every bill and every piece of legislation is perfect, but I am not going to make policy based on misinformation and lies,” Rivera said. “If we’re going to make some changes, it’s not going to be based on what The New York Post says we should do.”

As for the tenor of the negotiations around the budget, Rivera said they are challenging, but not acrimonious.

“We are just making progress, maybe a little slower than I’d like,” he said.

To that end, Rivera, who is from the Bronx, assured Capital Tonight that he brought extra shirts and ties to Albany just in case the budget isn’t completed by Friday, the day it is due.