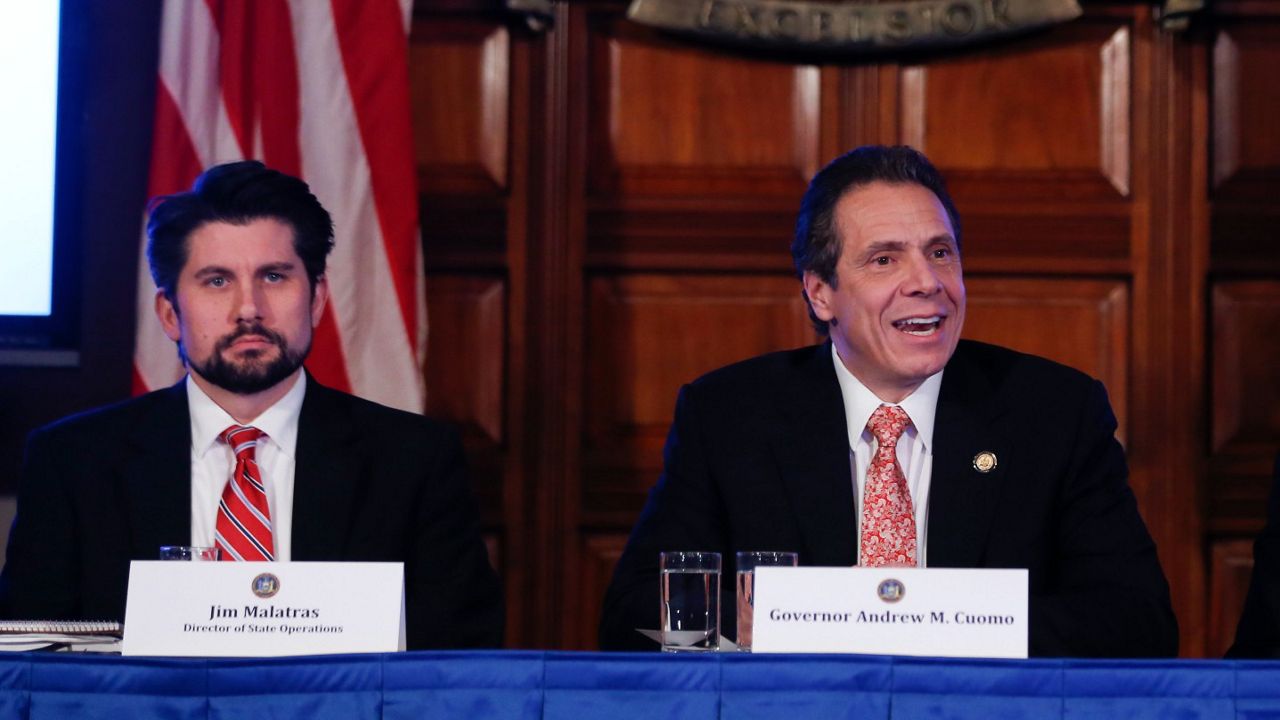 While there is no consensus about whether SUNY Chancellor Jim Malatras should resign from the position he’s held since August 2020, there is a lot of anger, even among those who are not calling on him to resign.

"What Jim Malatras did was unseemly and absolutely inappropriate, and his participation in the toxic environment of the former governor’s administration is well known. The way he became Chancellor - hand-picked by Andrew Cuomo without any broader search - was also inappropriate; I opposed it at the time, and I would not complain if the SUNY Board chose to fire him now,” Krueger wrote.

“However, I am not calling on them to do so. His actions were not retaliation against sexual harassment allegations, which had not been made yet; I have confirmed with people involved with both the attorney general’s and Assembly’s reports that he was not involved in any illegal activity and, importantly, was not involved in covering up the nursing home death numbers,” Krueger continued. “I met with him, asked hard questions, and specifically asked if there was anything else that might be released that would lead me to regret not calling for his firing. He said there was nothing not already public. So, while I don’t approve of his actions, I am not yet calling for his removal."

According to The New York Post, Sen. Krueger had initially called for Malatras to resign, but a meeting between Krueger and Malatras, brokered by the head of the SUNY Board of Trustees Merryl Tisch, resulted in Krueger no longer calling for his removal.

The controversy over Malatras, the 14th chancellor of the state university system and a long-time Cuomo administration policy advisor, gained steam after the last batch of testimony into allegations of sexual harassment by former Gov. Cuomo was released by Attorney General Letitia James.

Within the thousands of pages of testimony and exhibits, there was a group text exchange among Cuomo’s inner circle that centered around former aide Lindsey Boylan.

In 2019, Boylan, a former economic development aide, tweeted that working in the Cuomo administration had been “a toxic and demoralizing experience."

Malatras, who at the time was president of Empire State College, sent several texts to the Cuomo inner circle in which he made inappropriate and disparaging remarks about Boylan. He has since publicly apologized in a letter.

But Boylan told Capital Tonight that it’s not enough.

“Malatras never reached out to me personally or through my lawyer on any channel of which we are aware. What’s more, what Jim expresses regret for publicly is nowhere near sufficient. It wasn’t his specific words, but his retaliatory actions that were and are most harmful,” Boylan wrote.

The text exchanges about Boylan opened the door for others to come forward with grievances about Malatras’ management style. For example, on an audio recording released this week to The Albany Times Union, Malatras can be heard berating a former employee of the Rockefeller Institute, where he served as president. That employee was later fired.

In a statement, Malatras said "the matter was reviewed through the established process by the prior SUNY Chancellor’s Human Resources Department which agreed with (the employee’s) ultimate termination and rejected any issues raised by the employee on how I handled the matter."

It appears that Malatras’ long association with former Gov. Andrew Cuomo, and the fact that he has been a central figure in several of the scandals that led to Cuomo’s resignation, is hurting him with constituencies that might otherwise support him, including members of UUP, a union which is officially happy with his leadership.

“The fact is Susan, there is deep-seeded anger at former Gov. Cuomo for 10 years, more than 10 years, of austerity budgets,” Kowal stated. “And that anger simply cannot be quantified at all. Even when Malatras was appointed as chancellor, there was some anger about that because of his previous service in Gov. Cuomo’s administration.”

Indeed, even among his critics, it is noted that Malatras is doing a very good job leading SUNY, but for some, that’s not the point.

“I appreciate that he’s doing a good job, but I also think he needs to set an example for all of the hundreds of thousands of students who go to that school,” Assemblymember Monica Wallace told Capital Tonight. “Leadership sets the tone at the top and we need a person who is beyond reproach.”

When asked if that’s a fair standard, the assemblywoman expanded on her comments.

“I want to be eminently clear. This is not about a couple of statements that he made. It is a much larger picture. It’s about a toxic work environment. A toxic work environment where women couldn’t feel comfortable coming forward to express concerns about sexual harassment. It’s about knowing that no state personnel or resources were supposed to be used on a book deal and then either participating in that, or turning a blind eye.”

Wallace’s point was that those who enabled the former governor’s bad behavior should also lose their jobs.

It’s a sentiment that others around the state capitol have also expressed.

“Malatras was smack in the middle of everything Cuomo did and cultivated an image of a thoughtful, policy-oriented Ph.D. What we know now is that he may have been just another childish, enabling, foul-mouthed frat boy,” one Albany insider said. “The governor needs to decide if that’s who she wants to run a massive public university system that, like it or not, will reflect on her stewardship of the state.”

Those who support Malatras point to his excellent stewardship of SUNY.

According to UUP’s Dr. Fred Kowal, the union is supportive of the chancellor in large part because of his handling of the COVID-19 pandemic.

“Whether it’s been the negotiated mandatory testing, the negotiated ‘vaccine or test program’ which made us the first in the country to do this, anywhere, and also the mandatory mask-wearing, it’s created a situation where SUNY campuses are safer than any other places in New York state," Kowal said.

But again, that support is qualified.

“Having said that, it was absolutely necessary for the chancellor to issue the apology that he did to Ms. Boylan and to the SUNY community,” Kowal said. “We think it’s vitally important that everyone understand that UUP does not, in any way, manner or form, approve of the behavior of the Chancellor when it comes to even a former colleague in a workplace.”

Lindsey Boylan tweeted the following out this afternoon.

Please ask Fred why he continues to repeat falsehoods about Jim Malatras apologizing to me for what he did (which he did not) and how he can ignore the harm caused in Jim retaliating against me when I spoke up about our toxic work environment. How does this help his members?

In response to an email from Capital Tonight, prompted by Boylan’s tweet, Dr. Kowal sent the following:

“We have called on SUNY to work with us immediately to establish a strong, working policy and process whereby all members of the SUNY community – including UUP members – have an avenue to lodge complaints about a hostile work environment and receive relief from those who are creating such an environment. It is urgently needed, and after 5 years of demanding such a system-wide policy, the timing now is perfect,” Kowal said.

The controversy only seems to be gaining steam. On Tuesday, more than 30 members of the Assembly majority sent a letter to Merryl Tisch, calling on Malatras to be fired.

Like Assemblymember Wallace, they blame Malatras for enabling the governor’s behavior and say he “never blew the whistle or spoke out about the scandals.

Proud to have signed onto this letter. Malatras has to go! https://t.co/KOPvrF05ew

As for Gov. Kathy Hochul, she is maintaining her distance from the issue. Here are the comments, supplied by the Executive Chamber, that Hochul has so far made about the controversy:

And then to a follow-up question, she said:

“We need a leader of the SUNY institution. I'm going to be making an overhaul of the SUNY system part of my State of the State. We have very bold plans that I want to see executed, and I want to see them continue. And in speaking through my administration to a number of trustees, continuity at this time is important. So I understand their rationale for wanting to not ask him to take steps. However, we have to make sure that there is a culture where this behavior is not acceptable, and those conversations continue.”