Demonstrators march through the streets in Rochester on Sept. 4 protesting the death of Daniel Prude. Prude apparently stopped breathing as police in Rochester were restraining him in March 2020 and died when he was taken off life support a week later.(Adrian Kraus/AP)

Most New Yorkers have a better understanding of the Black Lives Matter movement and believe Black Americans do not receive equal treatment to white people living in our country.

But they are split over the solutions presented by elected officials, including a law that ended cash bail requirements misdemeanors and non-violent felonies.

The results of a Spectrum News/Ipsos poll of New Yorkers this month reflect much of the rest of the country struggling with questions over racial discrimination and policing: Majority agreement that there are problems; a split over the solutions.

"I think the larger issue was that people got defensive, people had to look at themselves or look at the cops in their lives, I have lots of cop friends, and have some serious conversations about what the implications are," said Stanley Fritz, the political director for Citizen Action in New York. "This year has really driven it home and that happened because of these big moments that we've seen, but also because of long-term organizing that's been happening on the ground."

The poll found 60% agree they have a better understanding of the Black Lives Matter Movement, while 31% said they do not. 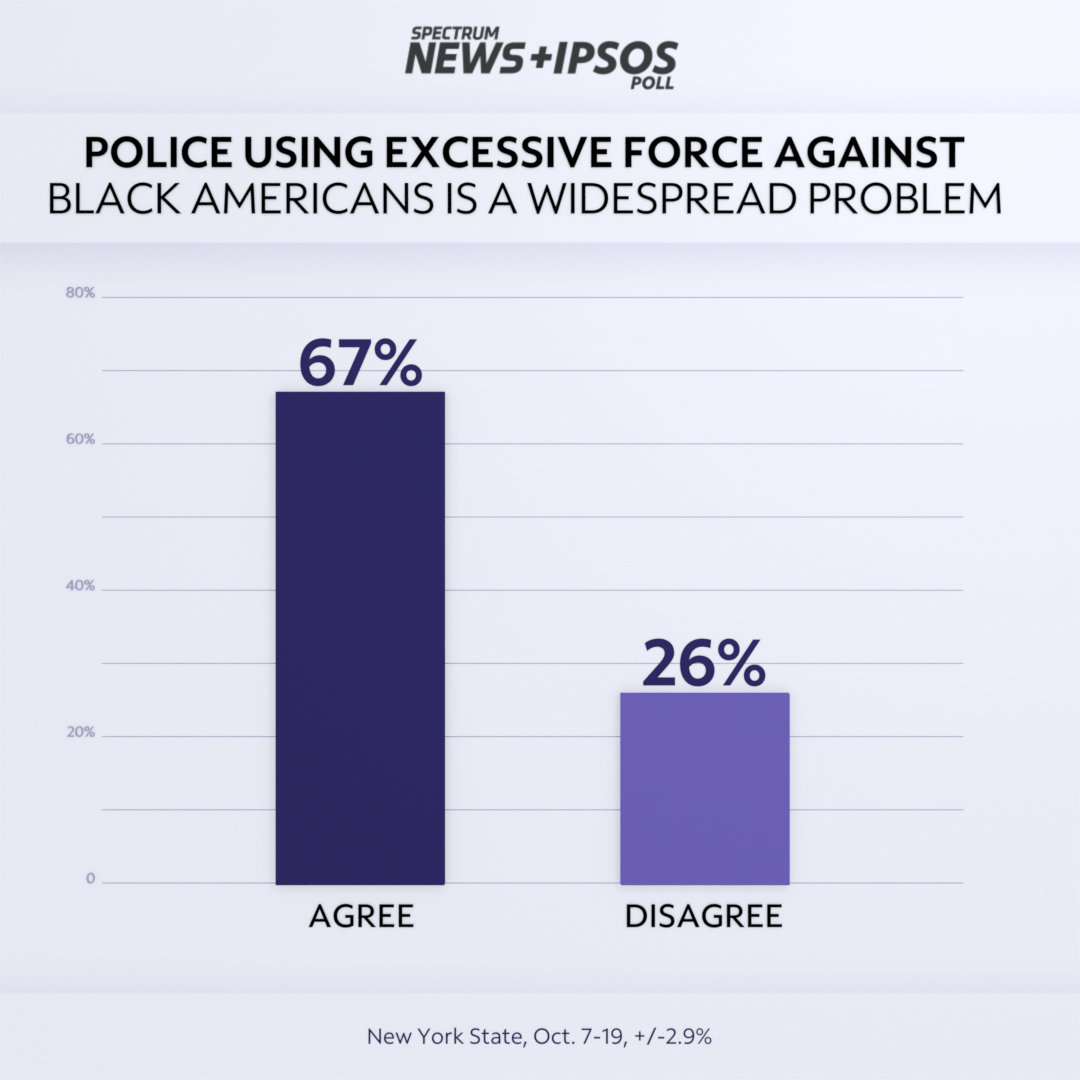 A majority of New Yorkers, 61% to 30%, also would back the legalizing of recreational marijuana — an issue that links criminal justice with concerns over the state's budget gap.

"New Yorkers by and large favor legalization, the marijuana arrest cursade has been a failure in terms of all its purpoted policy goals and it's time to turn the page," said Melissa Moore, the state director of the Drug Policy Alliance. "Legalize marijuana for adults in New York 21, and over and use that tax revenue to build up communities instead of causing undue harm." 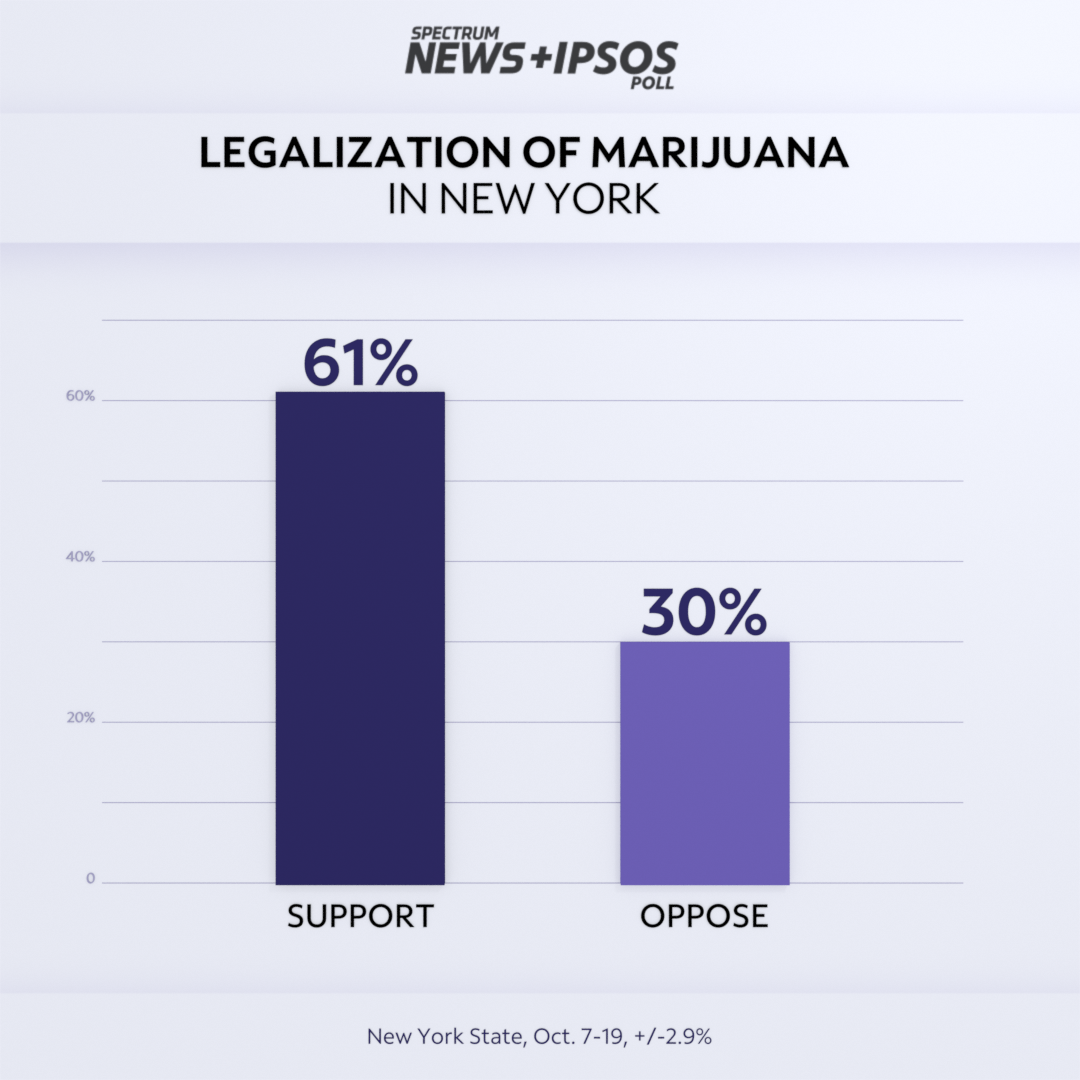 But New Yorkers are less supportive of the changes made recently to the criminal justice system to address what policymakers have said are systemic problems that have made worse the divide between Black and white in the courts. The poll found 53% believe the state's law eliminating bail for misdemeanors and non-violent felonies has increased crime, 23% do not.

Revising the law is backed by 66% of New Yorkers, while 51% would support seeing it fully repealed.

"This is a law that needs to be scrapped and start over again," said New York City PBA President Pat Lynch. "It can't just be tweaked. There's too many variables in the law and the premise is wrong." 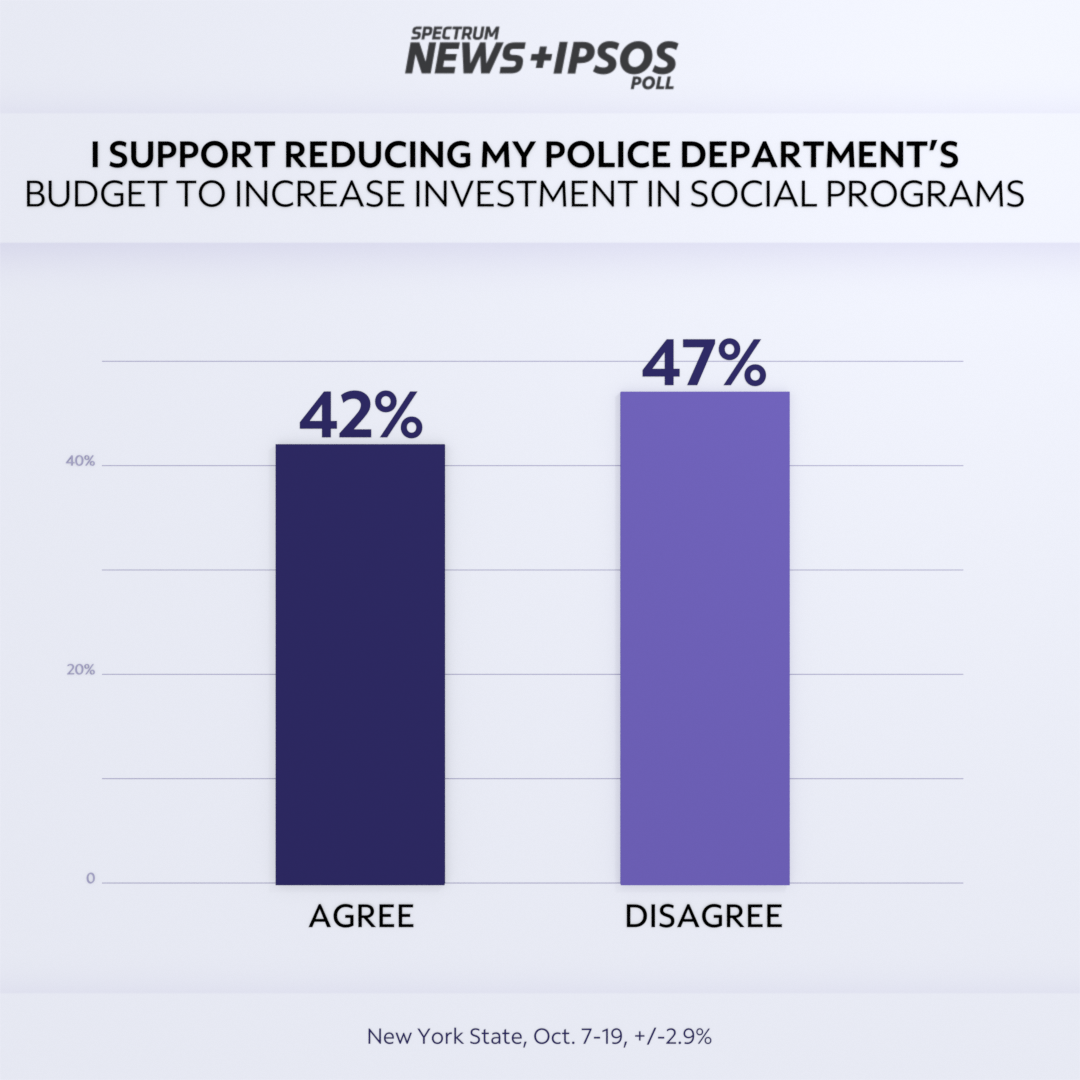 There is also a point of contention over the negotiations surrounding the measure and whether unions were fully briefed on what was happening.

And when it comes to reducing spending on police departments for social programs 42% agree, 47% do not.

There's also the perception issue: 41% of New Yorkers do not feel safe in their neighborhoods, the poll found.

Fritz, of Citizen Action, pointed to opposition from police and prosecutors and the media has carried those stories.

"We as activists, organizers and activists have to do more work to help folks understand that putting people in jails and prisons does not make people safer," he said. "That's just what it is. People still equate safety with incarceration."