Snow continues to fall across the mountains of western North Carolina, though any last snow and frozen precipitation should come to a close in the next few hours, if it hasn't already.

Winter weather alerts are in effect for the western part of North Carolina. 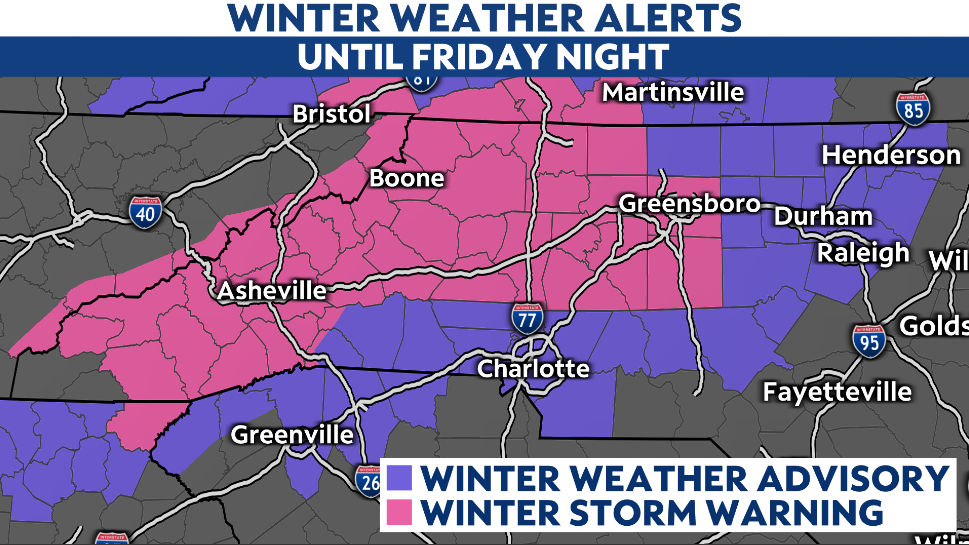 As is often the case with winter systems in the Carolinas, the mountains and foothills will have the highest chance to see the highest snowfall totals.

Greensboro and Asheville are under a winter storm warning, while Charlotte, Raleigh, and Durham are under winter weather advisories.

In eastern North Carolina, the area of low pressure will likely produce just rain. The rain/snow line through Friday will likely fall somewhere over the Piedmont, making for a trickier forecast for locations near Charlotte, Greensboro, and Raleigh.

Sleet and freezing rain will continue around Charlotte through this evening. A few flurries might even mix in around the the city, especially north.

By tonight, areas around Raleigh will see the mixture of snow, rain, and sleet, and a slushy mess could accumulate across the ground. This system moves out shortly after midnight, and we'll be back to dry conditions Saturday morning.

Since western North Carolina has the highest probability for snow accumulations, that's where this system will likely have its biggest impact. The snow could cause dangerous travel conditions with snow-covered roads at the end of the week.

Heavier snow accumulations may also lead to power outages, especially around the southern mountains where the latest forecast data suggest the highest accumulations are possible. 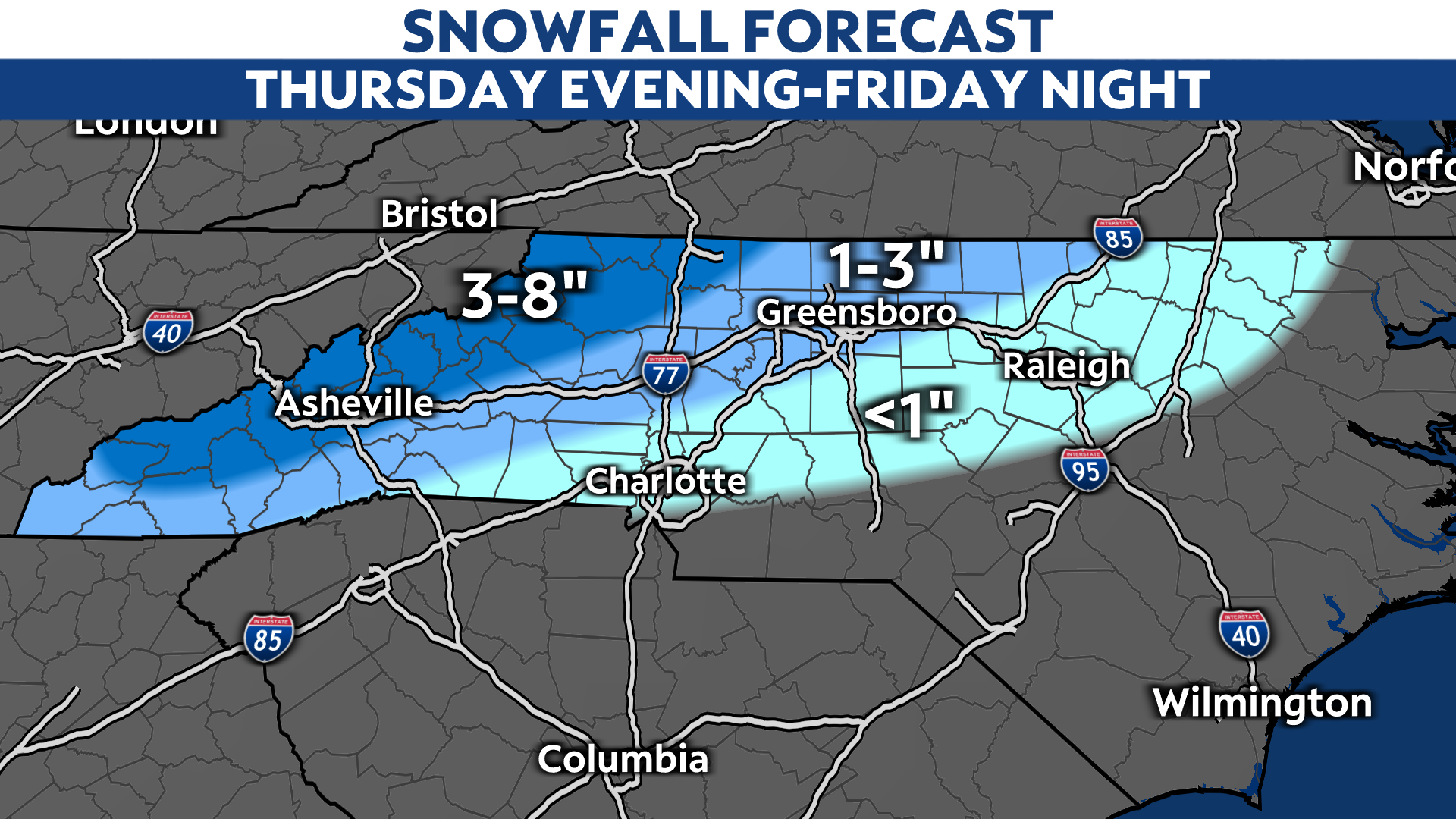 The highest elevations might recieve close to 8 inches of snow, while the lower elevations will stick to around 2-4".


More Snow and Rain Chances Could be Ahead

If you're a snow lover outside of western North Carolina that's disappointed with this forecast, don't give up hope on winter. We're still very early in January.

After this week, the next system that poses a chance to bring rain and snow to the region could impact the state around Monday or Tuesday of next week.