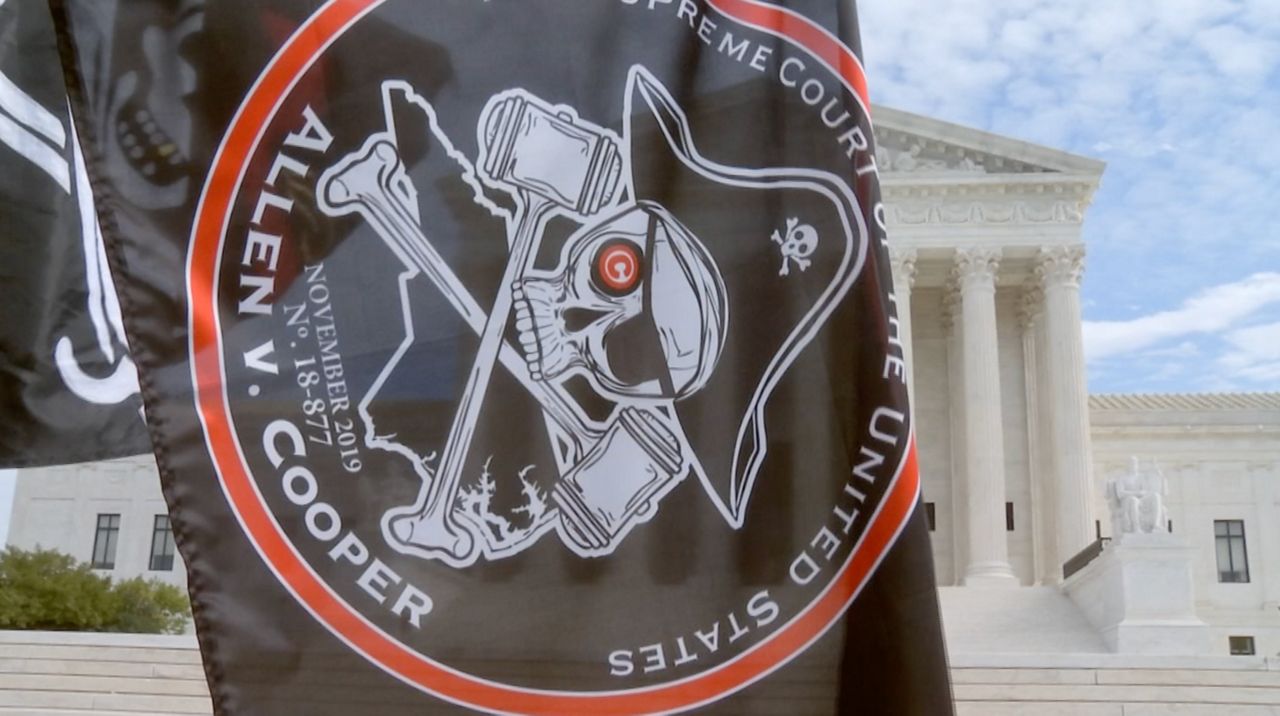 Three centuries after Blackbeard’s pirate ship ran ashore off the coast of North Carolina, a legal case out of the Tar Heel State has the U.S. Supreme Court wading into potentially uncharted waters.

The case centers on a dispute between the state of North Carolina and a production company called Nautilus. The justices heard oral arguments Tuesday.

At question: can states be sued for copyright infringement in federal court?

In the 1990s, after Blackbeard's flagship, Queen Anne’s Revenge, was discovered underwater near Beaufort, NC, Nautilus Productions was brought in to document the recovery efforts.

Rick Allen, who heads the production company, registered his videos and photographs with the U.S. Copyright Office. But, the state of North Carolina published some of the materials without permission.

Nautilus Productions sued in federal court. The case worked its way through lower courts before landing at the nation's highest bench.

“He was a famous pirate, an infamous pirate. We’re fighting a case over video privacy,” Allen told reporters after Tuesday’s oral arguments.

At SCOTUS for oral arguments on ... #Blackbeard (and state sovereign immunity). Yes, there’s a pirate flag out front #ncpol pic.twitter.com/uXFptc7sPb

A lawyer for North Carolina argued the state has immunity under the U.S. Constitution from these sorts of lawsuits. He also noted that paying damages could impact the state’s ability to salvage the vessel.

“The important issues from the state’s perspective is ensuring that state is able to continue its important work of recovering the Queen Anne’s Revenge shipwreck,” said Ryan Park, deputy solicitor general for the state.

But Allen and his lawyers said they have a right to sue, citing a law passed by Congress in 1990 that seemed to open the door to such lawsuits. (The state’s lawyers have raised questions about the act’s constitutionality.)

Allen noted any that any decision in this case could have an impact beyond North Carolina.

“If I win, this is going to make a big difference for an awful lot of people just like me. Other artists, other composers, writers, software developers,” Allen said. "We don't have a way to handle copyright infringement by states right now."

The justices are now left to decide whether North Carolina should walk the plank for plundering Nautilus Productions’ treasure - or send the case to Davy Jones’ locker.

Any decision may not come until next year.