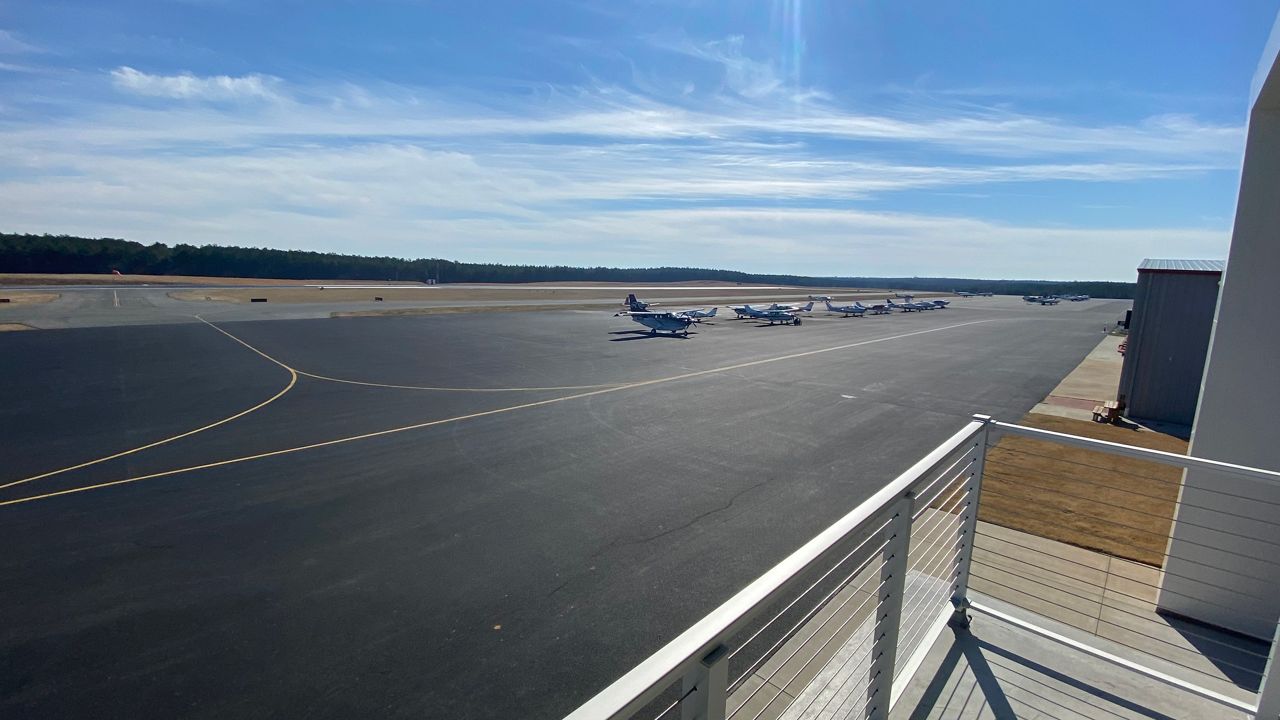 LEE COUNTY, N.C. — The Triangle faces the likelihood of winter weather for the third weekend in a row. One place where salt and brine won’t be on the ground is the Raleigh Executive Jetport in Sanford.

The Raleigh Executive Jetport doesn't salt nor brine their runways

REJ Airport Director Bob Heuts said if large flights can’t land at Raleigh-Durham International Airport, the jetport is where those planes touch down. There’s also this: Many emergency services fly in and out of REJ, giving it more relevance.

When it’s time for crews to roll their sleeves up through the ice and snow Heuts said his team is good to go.

He said outside of a weather event the only time the landing strips will be shut down is if major repairs are being done. When snow does fall and ice builds up, Heuts said temporarily contracted crews are called in to clear off the runway.

Getting ready means staying ready. Hauts said his team does routine checkups on lights and the surface of the runway.

”It’s all about having the manpower when something comes up,” Heuts said.

Heuts said he has been at the helm for the last six years. During his time, the North Carolina Department of Transportation’s Division of Aviation tabulated the jetport’s annual economic output at almost $63 million per year.

"I like aviation. It’s been a big part of economic development,” Heuts said.

The list of clients who use its runway reads like a Rolodex kept on a top executive’s desk: Caterpillar, Pfizer, Duke University Hospital and so on.

In that same vein, when the rubber on the tires of his golf cart are burning up the asphalt of the runway he does make time to stop and check on a pilot.

On the day Spectrum News 1 toured the grounds, he pointed to a student pilot.

“He’s doing a pre-flight (check). He’s checking the fuel to make sure it doesn’t have any water in it or any other contaminants,” Heuts said.

”It's all about safety, right?" Heuts asked.

So if snow does fall, Heuts said he will just pick up the phone.

“A lot of airports don’t have plowing equipment. We are lucky to call on someone if we do get it snow,” Heuts said.

It’s why information from the on-site automated weather observation system (known in the aviation community as AWOS) —temperature, dew points and wind speeds — matters so much.

“All of these impact how much fuel an airplane takes, how efficient the fuel will be for that airplane. So that’s good data. Absolute data that they have to have,” Heuts said.