RAEFORD, N.C. — The death of Hoke County Sheriff Hubert Peterkin has devastated his community, but a longtime public servant is stepping into the role until a replacement is found.

In North Carolina, the acting coroner assumes responsibility of sheriff if a vacancy occurs

Frank Crumpler, 87, is a busy man these days.

He’s been the Hoke County coroner since 1960.

“That’s the longest-serving elected official in the United States. That's an honor for me,” Crumpler said.

And across the street from his Raeford home is his other job at Crumpler Funeral Home.

He owns three others across the state, including in Fayetteville and Pinebluff.

And if all that weren’t enough, Crumpler is now Hoke County’s acting sheriff.

"I'm not planning on changing one thing, because he was such a good organizer,” Crumpler said, referring to Peterkin. 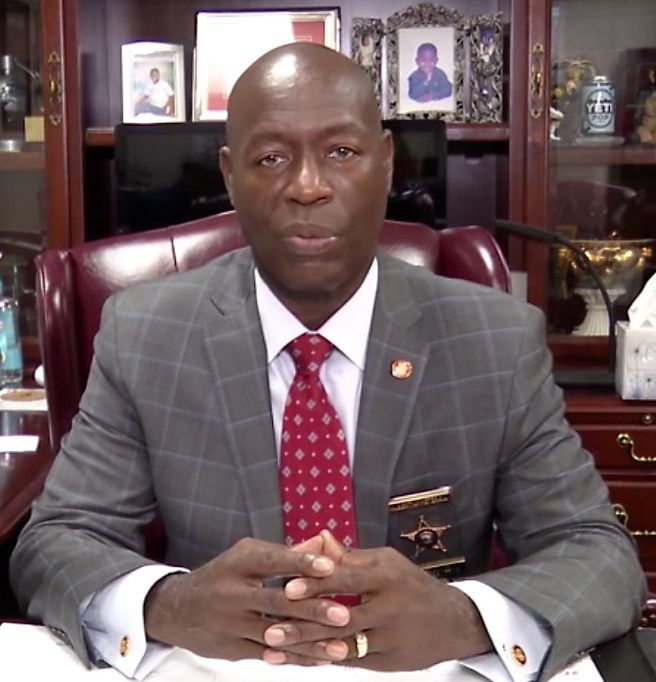 Hubert Peterkin, who died Friday, was Hoke County sheriff since 2002 and served as president of the N.C. Sheriff's Association.

In North Carolina, the acting coroner assumes the responsibility of sheriff if a vacancy occurs.

Crumpler also served as acting sheriff in the 1990s. Now, when he goes into the office, he's met by a Peterkin memorial in the lobby.

“The public didn't know he was sick, and he had some kind of cancer,” Crumpler said.

Crumpler says he has the support of the community behind him.

“Means a whole deal, I've got a lot of friends here — all races of people — couldn't have picked a better town. I think the Lord sent me to Raeford,” Crumpler said.

The Hoke County Board of Commissioners will meet in two weeks to vote on a new sheriff.

Hoke County sheriff on the year after George Floyd killing

Funeral arrangements have been made for Peterkin. There will be a public viewing Friday at Cape Fear Conference B Headquarters in Raeford at 10 a.m.