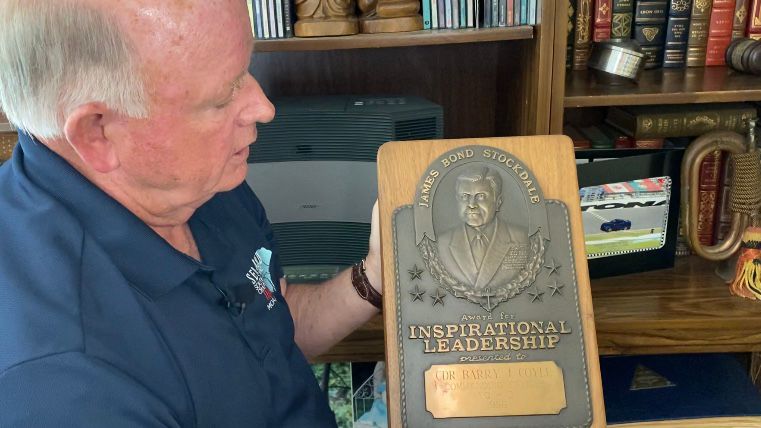 An extra incentive for veterans to retire in North Carolina

WILMINGTON, N.C. — Barry Coyle’s days are much calmer than they used to be.

Over a dozen other states have similar measures in place

Most people join the military at a young age and can get the retiree pay after 20 years, which gives them decades to live and work a second career in the state

The United States Navy veteran lives in Wilmington and spends his days like many other retirees, taking on projects.

Coyle says it was an easy decision to spend his golden years in North Carolina. He already had a home in Wilmington from when his daughter went to college in the area.

“Your Social Security is not taxable here. About 75% of my retirement income was going to be state tax-free. But also the property taxes are low here,” Coyle said. “State income tax is not real high, kind of in the middle.”

Coyle spent 26 years in the Navy. He lived all over the country, including stints in Hawaii, Maryland and the Pentagon.

Coyle certainly isn’t alone when it comes to veterans in the state. North Carolina bases house tens of thousands of active duty personnel.

Some North Carolina legislators, however, don’t believe the state is doing enough to attract and keep service members after they retire from the military.

So they’re hoping to incentivize them. A bill that would remove the state income tax from military retiree pay passed through the state House.

Over a dozen other states have similar measures in place.

Coyle is a proponent of the change, and says it benefits the state in multiple ways.

Most people join the military at a young age and can retire with that pay after 20 years.

“The retirement age is like 68, so they have a long time to work and be productive. For the officers, they’re generally coming out of college 21, 22. If they do 20 years, they’re still young, 42,” Coyle said.