RALEIGH, N.C. — Many Raleigh residents are pushing back against a proposed five acre mixed-use residential complex near Crabtree Valley Mall.

The project, which would be built at the intersection of Philcrest Dive and Lead Mine Road, has been dubbed “Lead Mine Tower” by residents opposed to the plan. 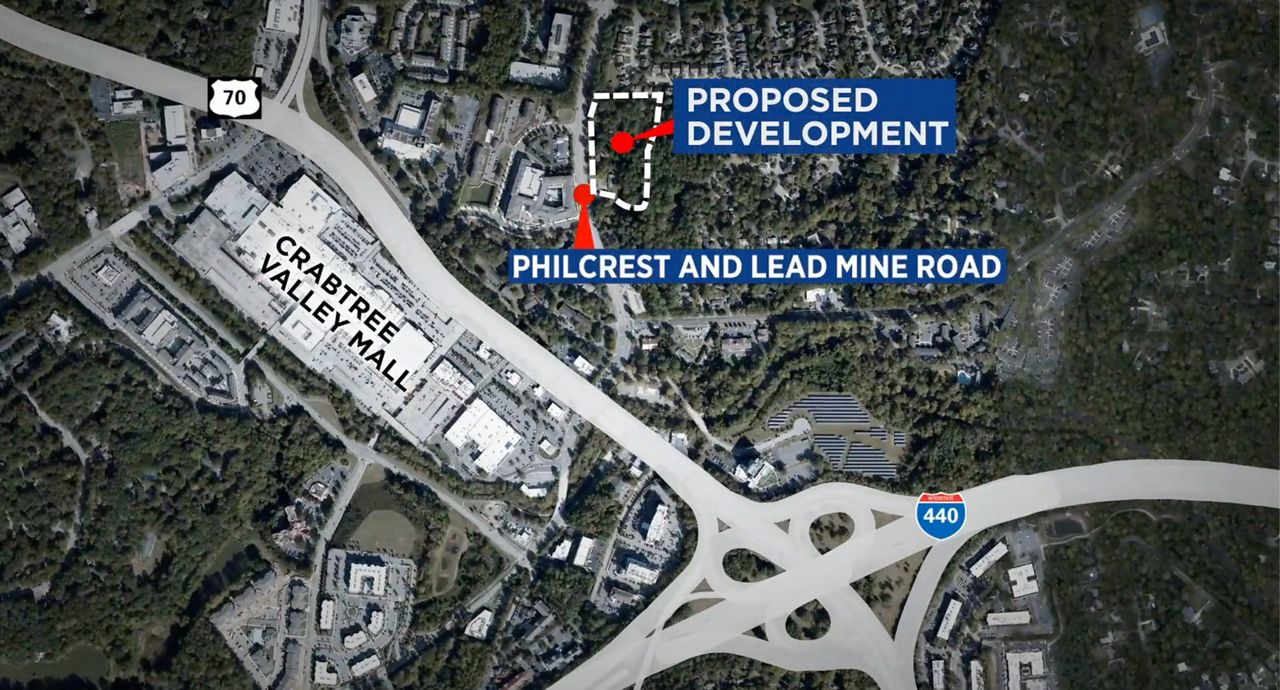 Map view of the proposed site

“We’re pretty much all in unison, it's too big for the space and Philcrest Drive just simply can't handle it,” said Angie Brandt, who launched a website in opposition of the project.

Philcrest Drive is already used as a cut through for people wanting to avoid traffic near Crabtree Valley Mall. It is a windy road without lighting or sidewalks that frequently floods due to its proximity to Crabtree Creek.

“This a state-maintained road, so no improvements are made by the city and it already is a safety issue for residents. More traffic here is the last thing we need,” Brandt said.

Drone view of the proposed site

Another main issue residents have is that the complex is slated to only have a 50-foot setback from single family homes. The original proposal was for a seven story complex comprised of 350 units. That has now been scaled back to four stories made up of 250 units. However, residents still fear that the complex will obstruct both views and sunlight from nearby homes.

“Imagine having these trees replaced with concrete,” Brant said. “What you would have is a sunblock, all day, every day, and you have no idea if it's going to be people on their balconies looking down into your backyard, or if it's going to be the parking deck, or the trash collector.”

While residents aren’t opposed to growth, they say they’d rather see a project that makes sense for the entire community.

“We're not anti-development at all, we're for smart development. Unfortunately, it's too big of a development on too small of a lot, in an area that doesn't have enough infrastructure in place to be able to handle it. That's a great spot for the missing middle housing with access to transit and access to the mall that the city says they desperately need,” Brandt said.

In March, the Raleigh Planning Commission voted to recommend the project in a vote of 4 to 3. The Raleigh City Council will review the vote on May 4.