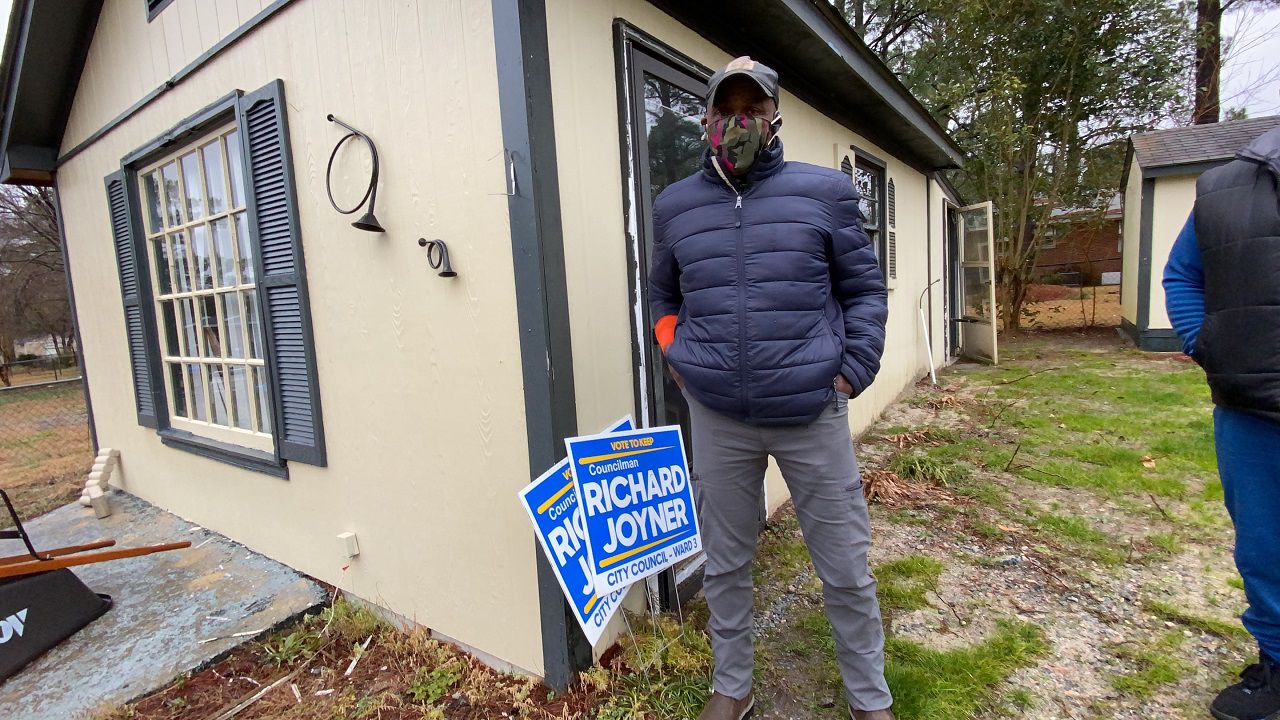 Rocky Mount City Councilmember Richard Joyner displays some of the campaign signs he plans to reuse in his next campaign. Joyner is supposed to run for another term this fall but census data delays mean he likely will have to wait for next year.

Richard Joyner plans to run for a second term on the Rocky Mount City Council this year. First elected in 2019, he said he enjoyed the experience and is happy to run again.

Four of Rocky Mount's seven city council seats, including Joyner's, are up for election in October, so he has to file his paperwork to run for office in July. Since 2021 is the first year after the census, city and state governments need to redraw legislative districts based on the new census data before candidate filing begins. The problem is, census data this year won't be available until September due to delays caused by the COVID-19 pandemic.

According to the N.C. State Board of Elections, 62 municipalities holding elections this year have districts or wards that are affected by census data. Thirty-five of them elect officials based on those districts, a list that includes Charlotte, Raleigh, Greensboro, Greenville, and Fayetteville, as well as Rocky Mount. Another 27 use districts and wards for filing purposes, though they don't elect people by them.

During an interview Wednesday on Capital Tonight, state elections director Karen Brinson Bell said it typically takes cities about six to eight weeks to figure out their districts based on census data. It then takes another two months for NCSBE to devise and approve all of the various ballot styles. To make matters worse, filing for the March 2022 primary for state and federal office is supposed to take place this December. Bell said it's unlikely redistricting based on the census data will be done in time for the March primary, let alone this fall's municipal elections.

Bell said her team is looking into moving the primary to May of 2022 and then running the municipal elections at the same time. Under state law, cities have the authority to delay elections if redistricting can't be done in time. If that happens, elected officials simply remain in their seats until the election comes.

Joyner said he's not worried by the prospect of a delayed election, and voters shouldn't be, either. Even if it turns out ward boundaries need to shift, he said city council members are elected to serve the entire community, not just one ward.