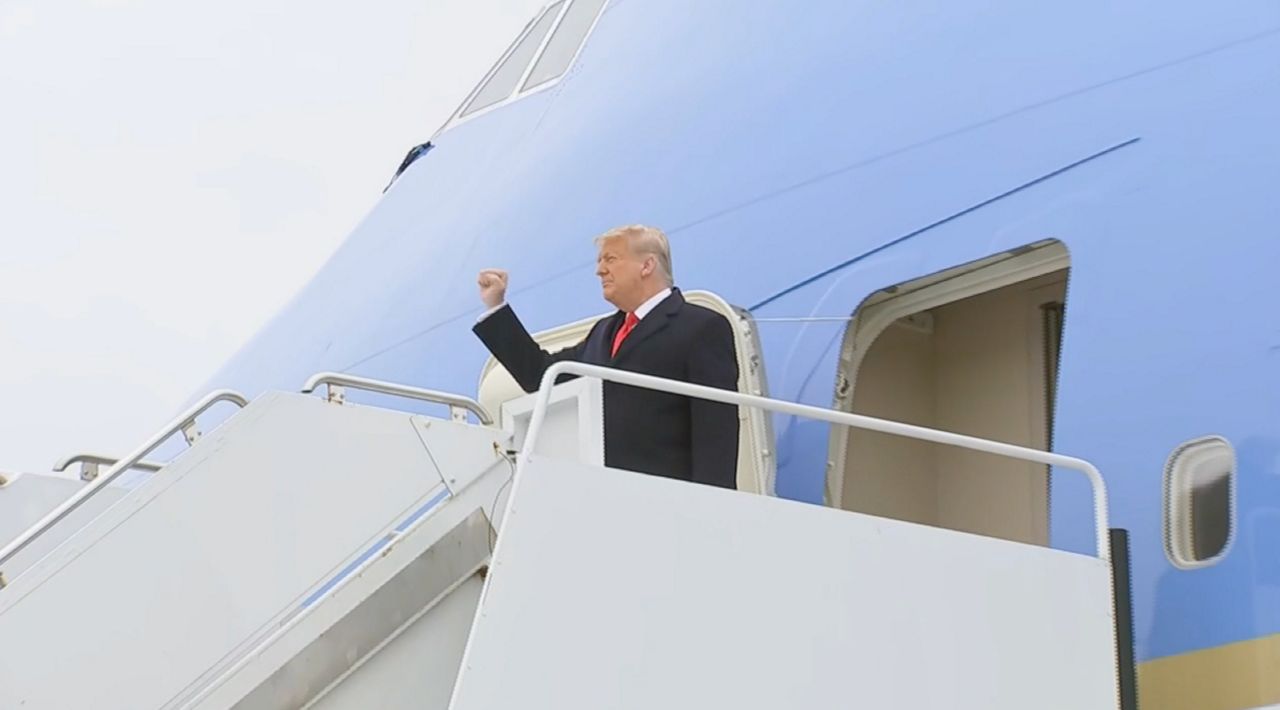 After Trump Exits Office, What's Next for the GOP?

The deadly siege on the Capitol. A history-making second impeachment. President Donald Trump’s tumultuous term is ending in dramatic fashion.

In less than a week, Trump will vacate the Oval Office, leaving Democrats in charge of Congress and the White House.

With his days waning, what is next for his party?

In Congress, already a small fracture in the party was visible during the impeachment vote. While North Carolina’s House Republicans were a united front in opposition to impeachment, joining with most of their GOP colleagues in voting against the article, a handful of Republicans from across the country did vote in support of the effort.

Chris Cooper, who teaches political science at Western Carolina University, says one potential fault line that could emerge in the party might be between those that are institutionalists and those that not.

“I think what we're witnessing right now is a party negotiating with itself. You've got different people demanding what they want out of the party,” Cooper said. “I think over the course of the next weeks, months, and maybe years, we’re going to find out if this is the party of conservative ideology or the party of Trump.”

Rep. Madison Cawthorn, the newest Republican from North Carolina on Capitol Hill, says he resents it when people label the GOP the ‘Party of Trump.’

“I think it's time to rebrand our party. You can see there's so many flaws, so many fractures in our party. And I think this is an excellent opportunity to change that,” he said. “Right now, I think the Republican Party is saying, ‘What are we? What do we believe in?’”

The 25-year-old was among those who objected to the presidential election results during the Electoral College vote count. He also opposed impeachment.

Meanwhile, at the state level, the chair of the North Carolina Republican Party indicated he does not expect the president to fade away quietly.

“Anybody that assumes that President Trump is going to put his tail between his legs and go back to Mar-a-Lago and check out of the political scene is crazy,” said Chairman Michael Whatley.

And, he said, Trump’s policy agenda is likely to stick around.

“It is a populist agenda. And I think that that's something the Republican Party sorely needed. We need to be the party of the working man. And I think we're a blue collar party right now and I think that’s a great place for us to be,” he said.

North Carolina could prove to be a test case for the future of the Trump brand in the GOP, with speculation that his daughter-in-law, Lara, could run for U.S. Senate in 2022.