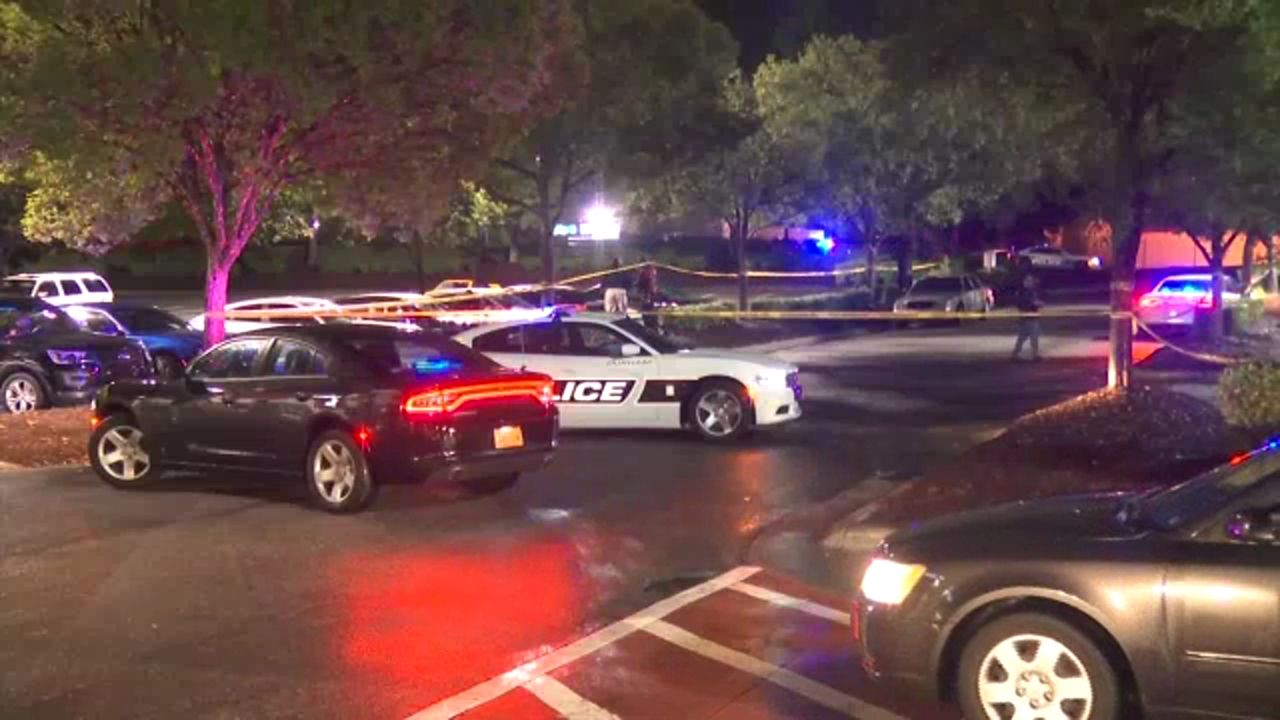 DURHAM, N.C. -- A man is dead after an officer-involved shooting at a Durham shopping center.

UPDATE: The man who was shot last night has been identified as 37-year-old Shaun Jeffery Christy. Two officers have been placed on paid admin leave, which is standard procedure. Cpl. B.M. Glover and Officer G.F. Paschall are assigned to the Patrol Bureau https://t.co/hoFxVAWAJY https://t.co/nuGtH15Nng

According to police, officers learned via the Orange County Sheriff's Office that the armed, suicidal man, 37-year-old Shaun Jeffery Christy, was driving a red truck near New Hope Commons.

Officers searched for Christy for about 90 minutes around the shopping center before they found him and approached him. They say he displayed a handgun and pointed at them, and the officers proceeded to fire their weapons.

CPR was performed on Christy at the scene. He died at a local hospital.

Two officers, Cpl. B.M. Glover and Officer G.F. Paschall, have been placed on paid administrative leave, which is standard procedure in an officer-involved incident. Both officers are assigned to the Patrol Services Bureau.

The SBI and the DPD Professional Standards Division are investigating.