NEWSLETTERSSign Up For Our Weekly Newsletter: Raleigh Snapshot
TRAFFICCheck Out The Latest Traffic Conditions Before You Hit The Road
WATCH NOWExploring Your Health with Erin Billups
NEW PODCAST EPISODEHenry Frye was the state's first black chief justice. But did you know he's been married for over 60 years? Hear how they battled segregation and came out on top.
SCHOLAR ATHLETESchool employees can submit nominations for deserving athletes here 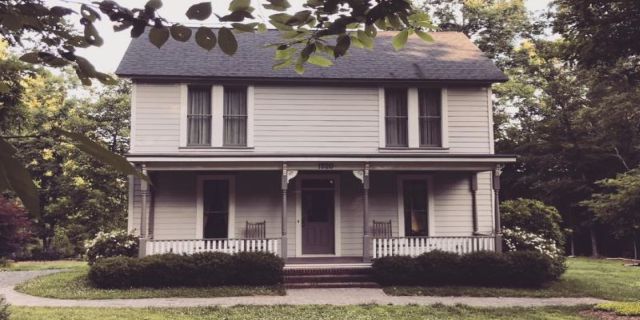 HILLSBOROUGH -- If you love the film "Halloween" and think it'd be fun to live in a house like the one in the movie, now's your chance!

The owner of the Myers House - North Carolina, a life-size replica of Michael Myers' house from John Carpenter's 1978 horror movie "Halloween," is currently looking for a roommate.

The owner, Kenny Caperton, posted to the home's Facebook page that he is seeking a male or female roommate to occupy an unfurnished bedroom that has a walk-in closet and connecting bathroom.

The house is located in rural Hillsborough, about 30 minutes from downtown Durham.

According to the Facebook page, horror movie fanatic Kenny Caperton currently resides with Emily Caperton in the house alongside their two cats Loki and Siva.

Caperton decided to have the home built after visiting the original Myers House in South Pasadena in 2008, his website says. The North Carolina home was finished in March 2009. Though it is designed to look as close as possible to the original house from the movie, the interior and back of the house were altered to make it more livable by modern standards.

For more information on the Myers House NC, visit here.