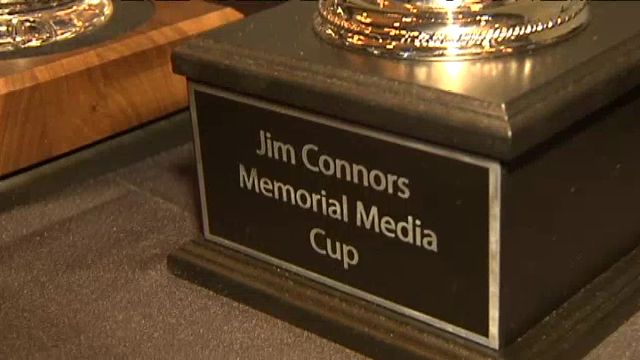 RALEIGH -- The late Time Warner Cable News sports director Jim Connors will be honored at one of his favorite events.

Connors’ son, Brice, was on hand for the event, speaking about how much the Rex Cup meant to his father.

"Well, I wish more than anyone Jim Connors was teeing it up here. I would just like to point out, you all did gain the better golfing Connors this morning. With that said, I look forward to a great day on the course and hitting every shot and stroking every put in memory of my father,” said Brice Connors, son of Jim Connors.

TWC News Raleigh news director Rick Willis said "Jim Connors set the bar high for himself every day and his dedication to the job greatly benefitted our viewers. We are touched by UNC REX’s decision to recognize Jim's work by naming the media trophy in his memory."

Connors passed away after a brief and sudden illness last year. He joined TWC News in 2002 and was a part of the team who helped start News 14 Carolina.