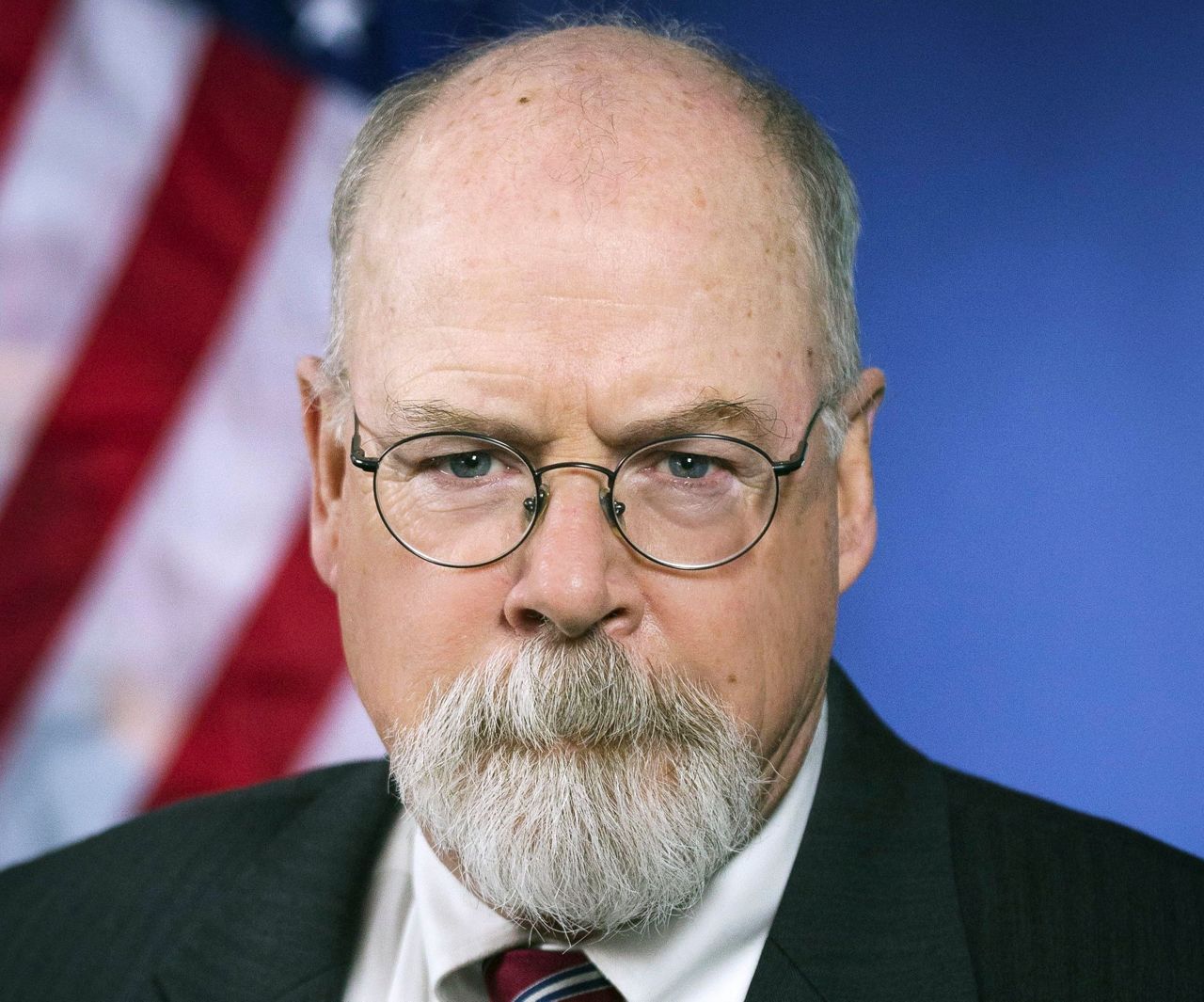 FILE - This 2018 portrait released by the U.S. Department of Justice shows Connecticut's U.S. Attorney John Durham. Tasked with examining the U.S. government's investigation into Russian election interference, special counsel John Durham charged a prominent cybersecurity lawyer on Thursday, Sept. 16, 2021, with making a false statement to the FBI. The case against the attorney, Michael Sussmann of the Perkins Coie law firm, is just the second prosecution brought by special counsel John Durham in two-and-a-half years of work. U.S. Department of Justice via AP, File)

WASHINGTON (AP) — A prominent cybersecurity lawyer on Friday pleaded not guilty to making a false statement to the FBI in a charge stemming from a probe of the U.S. government’s investigation into Russian election interference.

Michael Sussman appeared Friday in D.C. federal court before Magistrate Judge Zia Faruqui. He is just the second person to be prosecuted by special counsel John Durham in two-and-a-half years of work.

The indictment accuses Sussmann of lying to the FBI when he was questioned about a September 2016 conversation he had with the FBI’s general counsel in which he relayed concerns from cybersecurity researchers about potentially suspicious contacts between Russia-based Alfa Bank and a Trump Organization server.

The FBI looked into the matter but found no connections. Sussmann is a former federal prosecutor who specializes in cybersecurity. He resigned this week from the firm Perkins Coie.

Sussmann’s lawyers, Sean Berkowitz and Michael Bosworth, said their client is a highly respected national security lawyer and they were confident he would prevail at trial and “vindicate his good name."

No case brought by Durham so far undoes the core finding of an earlier investigation by Robert Mueller that Russia had interfered in sweeping fashion on behalf of Donald Trump’s 2016 presidential campaign and that the Trump campaign welcomed that aid.

The Alfa Bank matter was not a pivotal element of the Russia probe and was not even mentioned in Mueller’s 448-page report in 2019. Still, the indictment may give fodder to Russia investigation critics who regard it as politically tainted and engineered by Democrats.

The Durham investigation has already been ongoing months longer than Mueller's probe. It was slowed by the coronavirus pandemic and leadership tumult following the abrupt departure last fall of a top deputy on Durham’s team.

Until now, Durham had brought only one criminal case — a false statement charge against an FBI lawyer who altered an email related to the surveillance of Page to obscure the nature of Page’s preexisting relationship with the CIA. That lawyer, Kevin Clinesmith, pleaded guilty and was sentenced to probation.