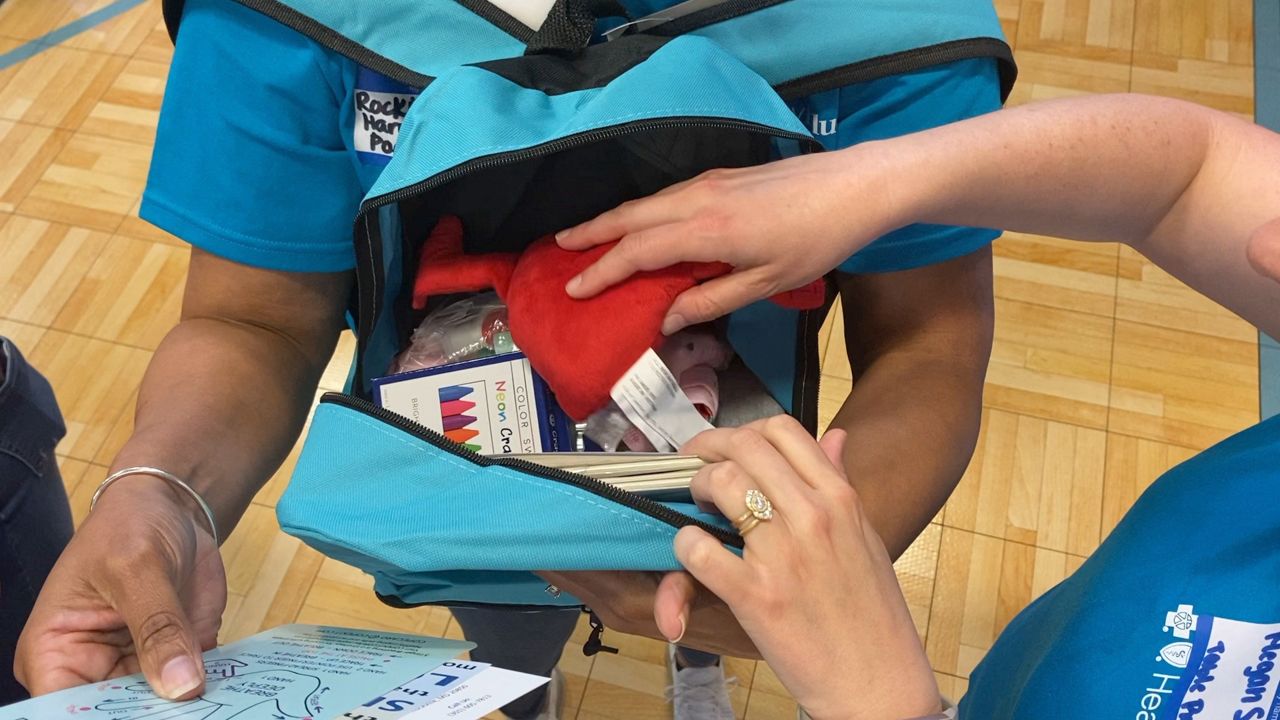 RALEIGH, N.C. — In North Carolina, there are more than 12,000 children in the foster care system.

It’s not uncommon for children to be placed in several different homes throughout their time in foster care, and more often than not, they don’t have anything to put their belongings in.

“I was a kid who grew up in the system. I carried a trash bag. At the age of 18, I literally aged out and became homeless and lived my entire senior year on the streets,” Scheer said.

Scheer joined the Navy and went on to be a successful businessman, but that trash bag came back to haunt him when he and his husband decided to adopt kids of their own out of foster care.

“I never looked back until 13 years ago when the most amazing humans walked into my life... my children. All four of them carrying a trash bag,” Scheer said.

Scheer now travels around the country, hosting packing parties where volunteers put toiletries and comfort items in backpacks for kids.

He has helped distribute more than 170,000 of them across the country.

It may look like just a bag of small items, but Scheer says something like this would have meant the world to him as a child.

“If I just had something of my own, I could have realized my community did love me, that they had not forgotten about me, and that I did matter,” Scheer said.

The Comfort Cases packed by volunteers with Blue Cross Blue Shield went to places, like the Methodist Home for Children and the Children’s Home Society in North Carolina.