NEWSLETTERSign Up For Our Daily Newsletter - Your North Carolina
WATCH NOWExploring Your Health with Erin Billups
NEW PODCAST EPISODEUndecided in 2020: Looking Ahead With a GOP Strategist
COMMUNITY CALENDARAdd An Event to Our Calendar
GET OUR NEW APPOur new Spectrum News app is the most convenient way to get the stories that matter to you. Download it here.

“Like a Mini Birthday Party”: N.C. Woman Gets First Spot in Line to Vote on Birthday

PITTSBORO, N.C. — A North Carolina voter kicked off her birthday at the polls with quite the lucky spot in line on the first day of early voting.

Candace Hunziker and her friend, Laura Collatz, were first to cast their vote at Chatham Agricultural Center. Hunziker says she pulled up at 4:30 a.m. after not being able to sleep the night before.

“It was very, very exciting. I was not feeling this birthday with COVID and not being able to do the things I wanted to do. I had to find something to make it memorable,” she said. 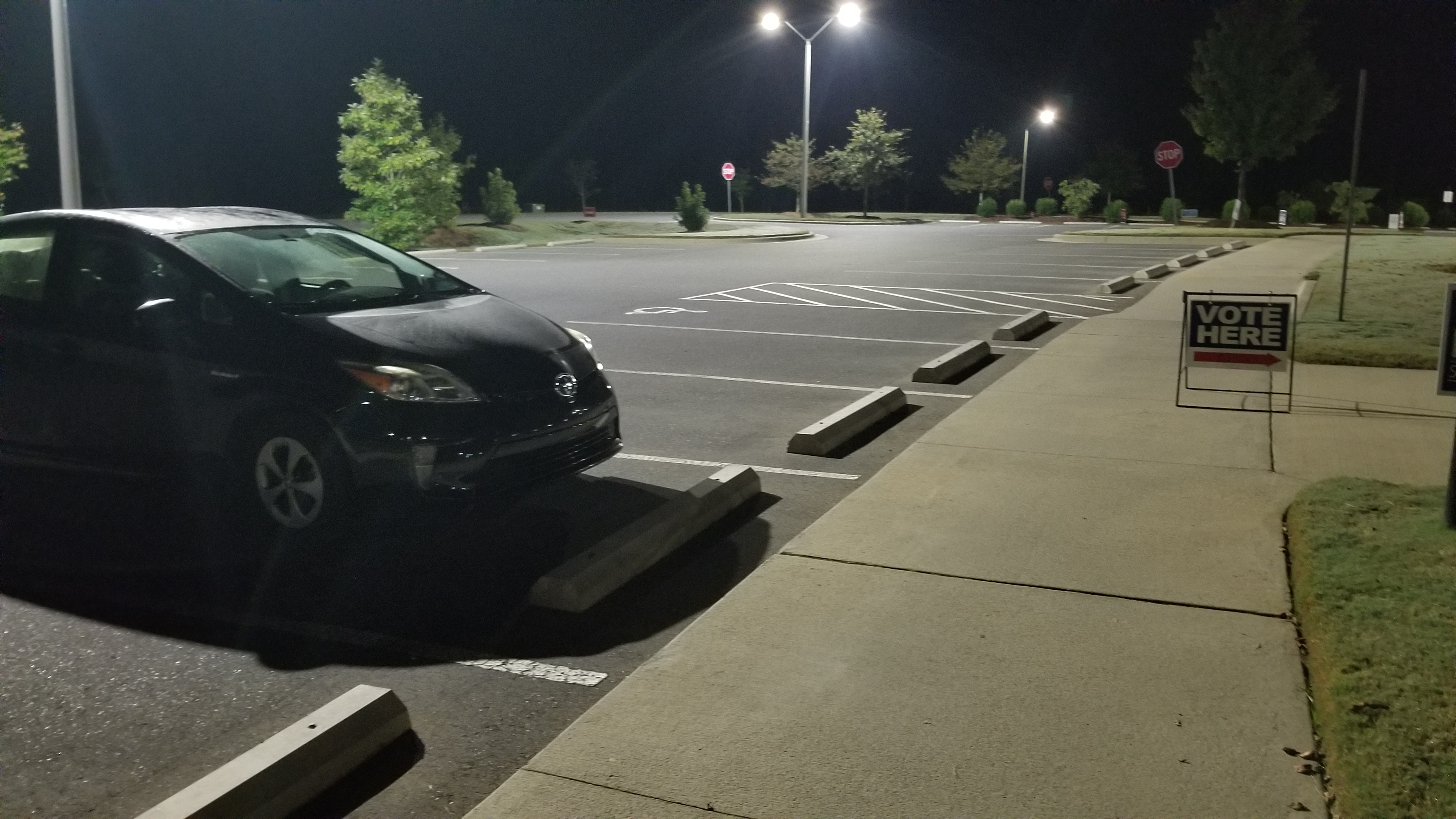 Being from Georgia and with wait times spanning for several hours in different parts of the country, she says she didn’t know what exactly to expect. She even thought about camping out, but didn’t have any takers on the idea.

When the two arrived it was a bit cold, but they had a fun way to pass the time until the precinct opened at 8 a.m. Collatz hooked up her mini speaker and they streamed the soundtrack to "Hamilton."

“It’s kind of in the spirit of everything. Got to save the country,” she said. "Not only will my vote help turn the tide on the dangerous direction the country is headed in but I feel like this year's vote honors so many people."

Hunziker says she was determined to get to the polls early to celebrate her milestone because she says 2020 is an important year for her and this year’s election is crucial. While getting checked in, a poll worker noticed it was her birthday. That's when others began saying "Happy Birthday," which made her smile.

"He got all excited. So it was kind of cool, like a mini birthday party there,” she said.

She says voting today of all days was very special in more ways than one. It was her first time voting straight blue down the ticket.

“When I voted today I voted in a monumental year for me starting a new decade, but also a monumental year for women - 100 years! I'm so excited to be voting in the 100th year of women having the vote. I’m from Atlanta and we lost two very important civil rights and voting rights heroes and today, I voted to honor Congressman Lewis, Rev. Lowrey, and of course RBG,” she said. “I used to be a Republican...but I did not vote for Trump.”

Hunziker says she was in and out of the precinct in about five minutes. Those few people she saw trickling in after her turned into hundreds later that morning with a line down the pavement. 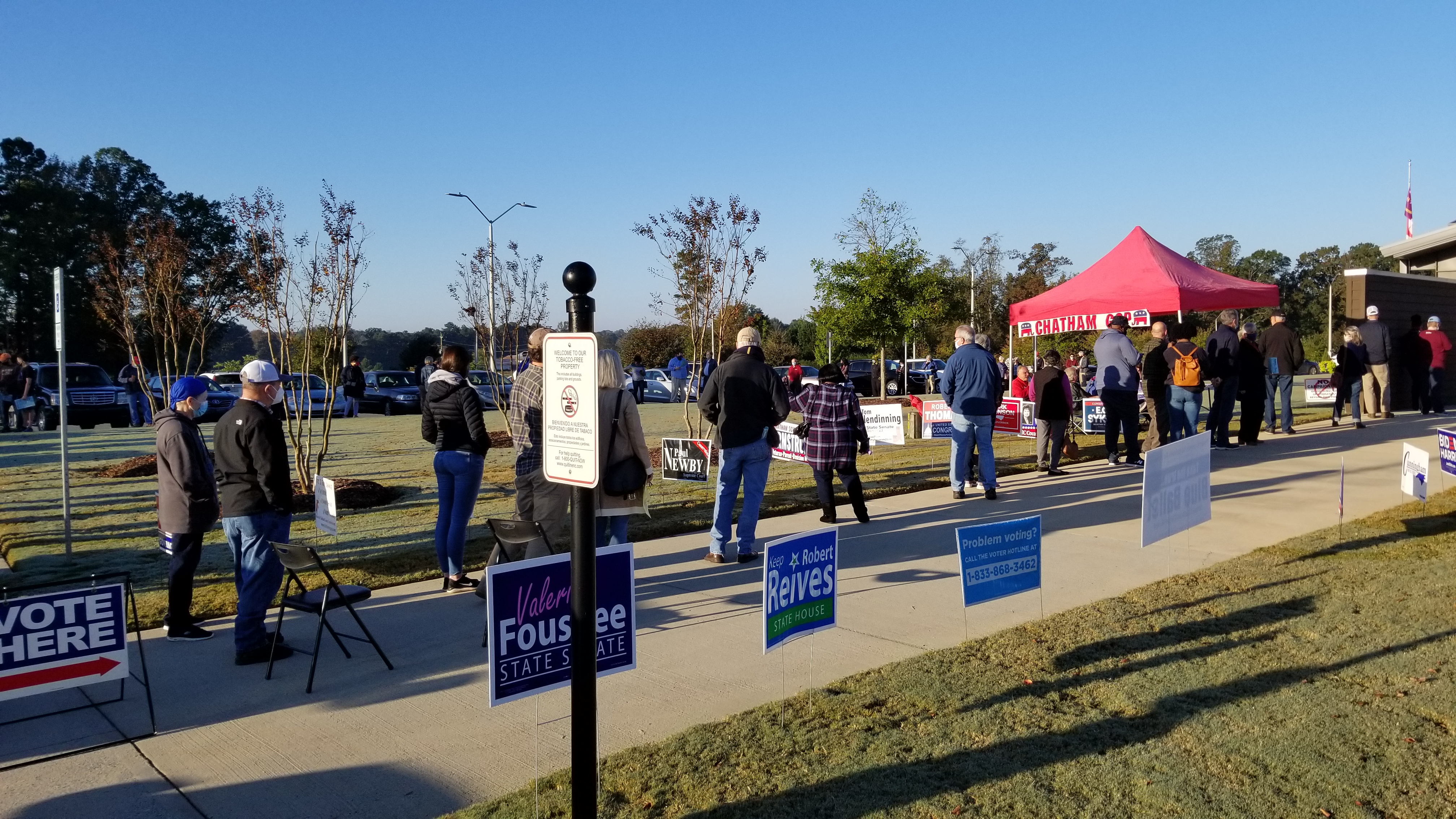