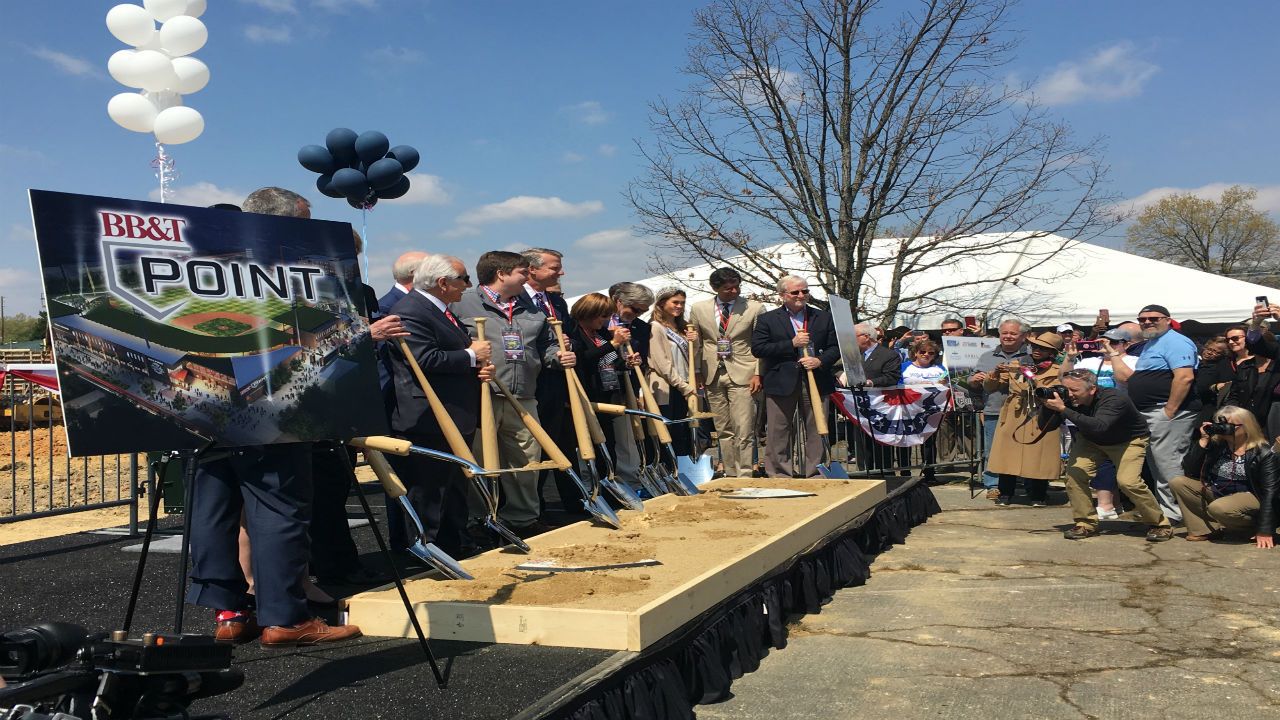 HIGH POINT, N.C. -- It’s an exciting day for residents of High Point as the the city broke ground on its new multi-use stadium.

Officials unveiled the name and logo for the facility, BB&T Point Stadium.

The $36 million project was approved last May, and the city has managed to make plenty of progress since then.

Already, there are commitments for a new hotel, 200 apartment units and a children’s museum within walking distance of the new stadium.

BB&T recently agreed to become the ballpark’s naming rights partner, and the Bridgeport Bluefish from Connecticut is expected to move down to High Point to become the city’s home team.

The stadium will have 3,800 fixed seats with the flexibility to also host concerts as well as soccer, lacrosse and football games.

Officials say the stadium and the surrounding development will help attract more than 200,000 people to downtown High Point every year, in addition to the furniture market, fitting perfectly into their vision of a future urban style of living.

The stadium has until May 1 of 2019 to be completed, as that is when the new team will need to start playing.