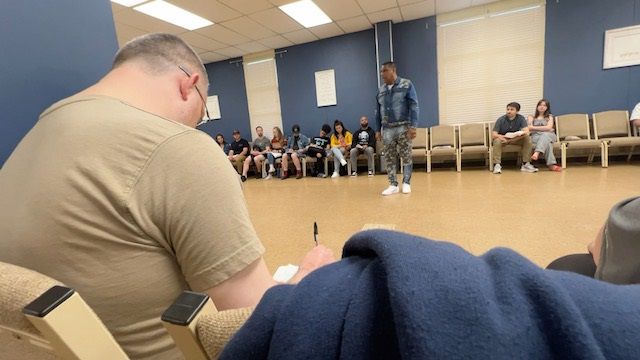 HICKORY, N.C. — Pastor Jaime Torres shares a message of endurance with his congregation every Friday night. His program, Real Faith Real Talk, brings in people of all ages.

"Sometimes we struggle, man, and we feel less than," Torres said.

And Torres has overcome struggles. Years ago, he was arrested for selling cocaine in Miami and was sentenced to life in federal prison. He was out in 25 years after lawyers took on his case pro bono.

"For 7 years they fought for me," Torres said.

He found God in prison. He shares his story in churches and rehabs in hopes of helping people turn their lives around and find God.

Torres traveled to Romania after a fellow pastor asked him to go help refugees fleeing Ukraine. He says the experience was humbling.

"Went to the border and just continued to help these people. There was so much pain, despair. I did a lot of crying over there, but I was also very humbled," Torres said.

He shoveled snow, prayed and helped women and children who were arriving.