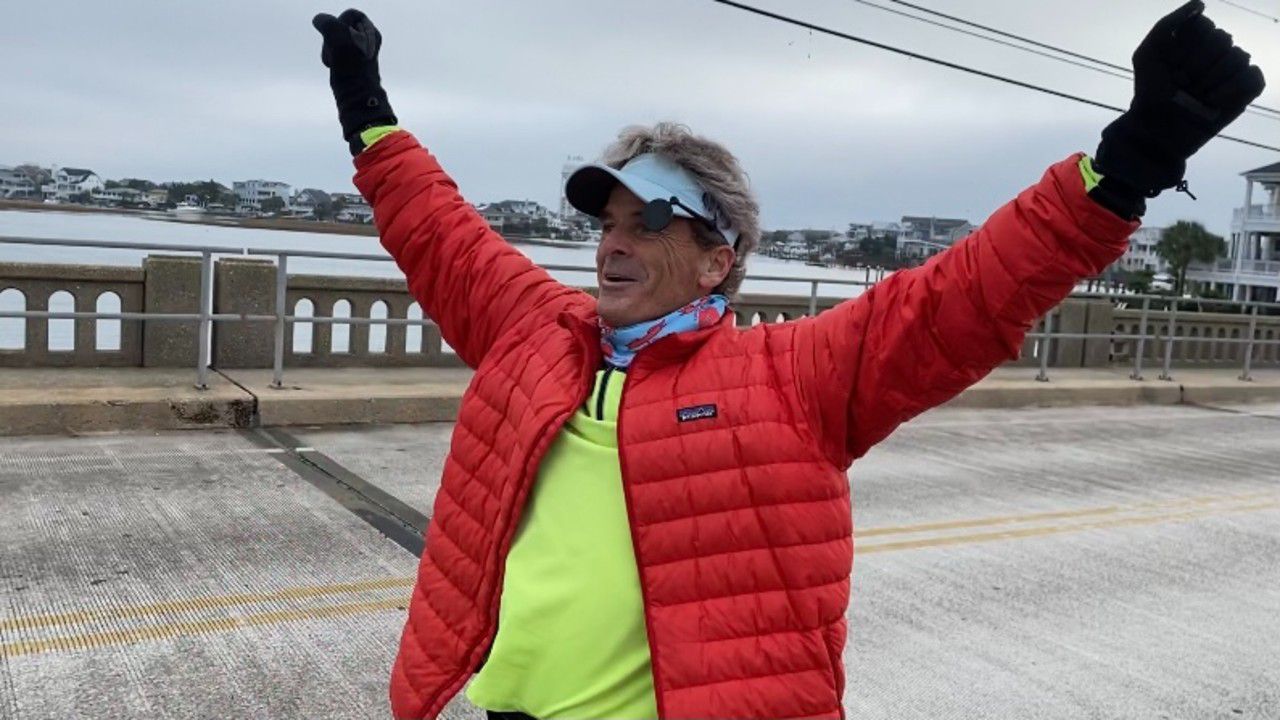 WILMINGTON, N.C. — Tracy McCullen is a marathon runner who had enough of sitting still during the pandemic, so he decided to take his love of running and put it to use for the Community Boys and Girls Club in Wilmington for a second time.

McCullen has dreamed of designing a playground that inspires kids to be the best versions of themselves for the past fifteen years, but it's never happened. Instead he's taking it a step further and has now designed a Track of Optimism and Field of Dreams that will be built behind the Boys and Girls Club.

But in order for that to be possible, McCullen had to face down a 100 mile run in 100 hours to get him to his $100,000 goal. Not only that, but he decided to run the entire thing backwards and set a U.S. record. He's only the second person in the world to ever complete a run like this.

“It wasn't something that I really thought about for any length of time,” said McCullen. “As soon as I thought of the concept to run 100 miles backwards, I instantly knew that I was going to do it.”

But the record is inconsequential to him, he just wanted to do something different in order to bring attention to a cause that's close to his heart. He and the board of directors for the Community Boys and Girls Club never want a child to feel limited by their current circumstances.

“One of the biggest reason why I want to get involved with the Community Boys and Girls Club is to help these kids to understand that we live in a world of infinite possibilities,” said McCullen.

McCullen hopes his run inspires them to set high goals and never stop believing that they can achieve them. Once the world class track and field is complete, it will be a permanent reminder that nothing can stop them from reaching their dreams.