Astronaut Kathy Sullivan checks the latch of an antenna in the Space Shuttle Challenger's open cargo bay during her historic extravehicular activity on Oct. 11, 1984. (NASA)

From space to sea, Kathy Sullivan is a historic explorer

Dr. Kathy Sullivan is “the most vertical girl in the world.” It’s a catchy phrase, but it doesn’t fully capture just how remarkable of a modern-day explorer she is. She was the first person to visit both space and the deepest spot in the oceans.

But, when she was in high school, she had no intention of going into the sciences.

Sullivan was fluent in French and German by the time she was headed to the University of California Santa Cruz. Once there, she joined the Russian language program, according to an interview with the Johnson Space Center Oral History Project.

She was required to take three science courses, and the spark toward science already lit up her freshman year with a marine biology and general oceanography course. She continued her coursework in the language arts while adding more science courses, and eventually had a realization about a likely career using her language skills.

Sullivan felt that, as an interpreter in the Foreign Service, “your role is not [to] have the ideas. You’re not the originator of ideas.” But science? She’d be making the ideas.

And so began a path that took Sullivan to the ocean, to space and back to the ocean–with many stops in between.

Out of this world

Sullivan’s brother, an engineer and pilot, was “all over” the astronaut selection process in 1976 and applied… and encouraged his sister to apply, too. She admits ‌she didn’t know anything about the Space Shuttle program, but applied anyway, not expecting anything to come of it.

Sullivan was a member of the 1978 class of astronauts. It was the first to include women. Astronauts do more than rocket into space, though, and her first years involved a variety of technical work.

In 1984, she became the first woman to walk in space. She didn’t care about the milestone of being the first, though. “The thought of actually getting to go outside, cruise around the payload bay, do our engineering test and glimpse the world below me without a window frame, all that's just outrageously cool stuff,” she said in a 2008 interview.

She and fellow mission specialist Dave Leestma spent three-and-a-half hours showing that satellites could be refueled in orbit.

She also flew on the Discovery in April 1990 as one of the crew who deployed the Hubble Space Telescope. To do this, the Shuttle orbiter reached an altitude of 386 miles, the highest ever for a Shuttle.

The Discovery flight in March 1992 was her third and final mission.

The depths of the Pacific

On June 7, 2020, Sullivan went all-in on her ocean roots… or depths. She descended 35,853 feet to the Challenger Deep in the Pacific Ocean and is the first woman to make the trip.

Just the descent took four hours in the two-person submersible. 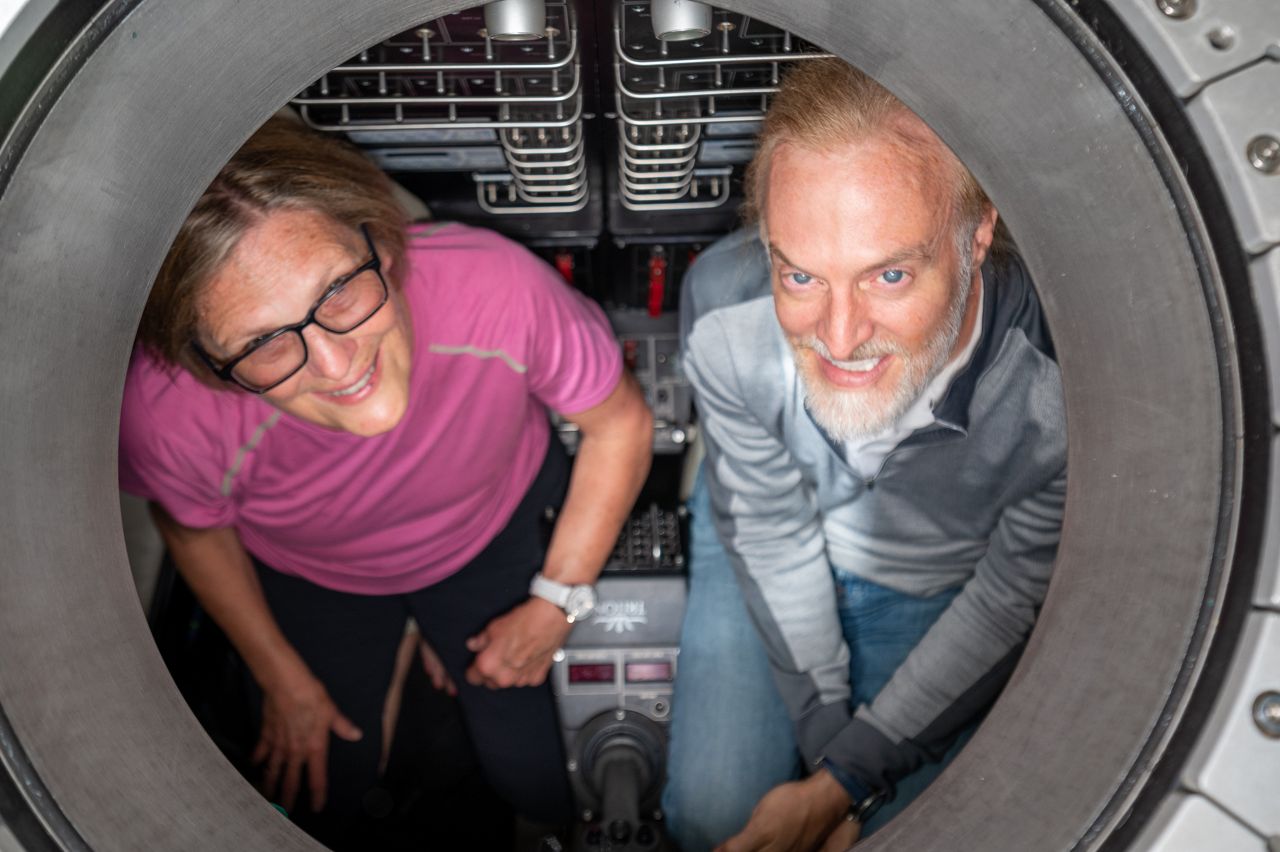 For almost a year, Sullivan was the only person in history to have gone to space and the Challenger Deep. In March 2021, explorer Garriott de Cayeux joined the exclusive club.

Sullivan also spent time in the military. She joined the U.S. Naval Reserve in 1988, retiring in 2006 with the rank of captain.

She had two stints in the federal government’s National Oceanic and Atmospheric Administration (NOAA), which focuses on oceans, weather and climate. The Senate confirmed her as NOAA’s chief scientist in 1993, and she served as NOAA’s administrator from 2014 to 2017.

Her resume listing all her other positions, awards and honors is long and varied.

From hundreds of miles above the Earth to seven miles beneath the ocean’s surface, Kathy Sullivan is a one-of-a-kind scientist and explorer.