Arctic Air is About to Bring Dangerously Cold Temperatures

The coldest air of the season is on track to hit much of the country starting later this week.

When you see a map with this much blue on it in early February, you know it’s going to feel bitterly cold. The Climate Prediction Center shows very high odds of below-normal temperatures this weekend into early next week. 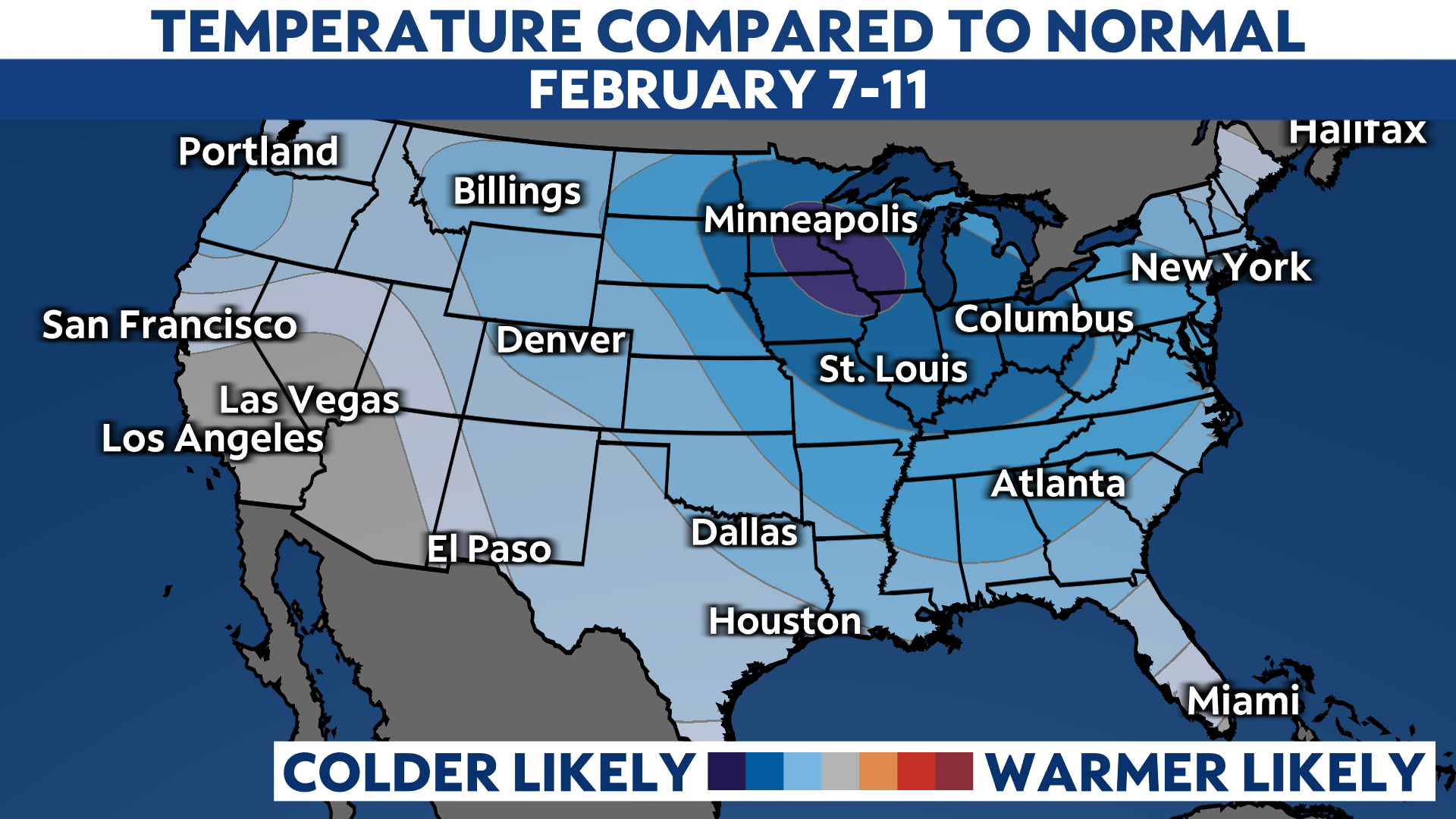 Frigid air has lurked over the Arctic for a while now. Later this week, the jet stream – the fast-moving river of air thousands of feet above our heads – buckles, letting that cold air break loose and spill south. Watch it happen with this animation of forecast temperatures:

You can see that the bitter air hangs around much of the week as it sprawls into the Northeast and Mid-Atlantic.

Just how cold is it going to get? Some parts of the Upper Midwest may not even get above zero on Sunday. Record cold high temperatures are possible early next week and subzero lows may stretch from the Dakotas to Ohio by Monday morning.

For some, these temperatures are 20 to even 30 degrees below average. 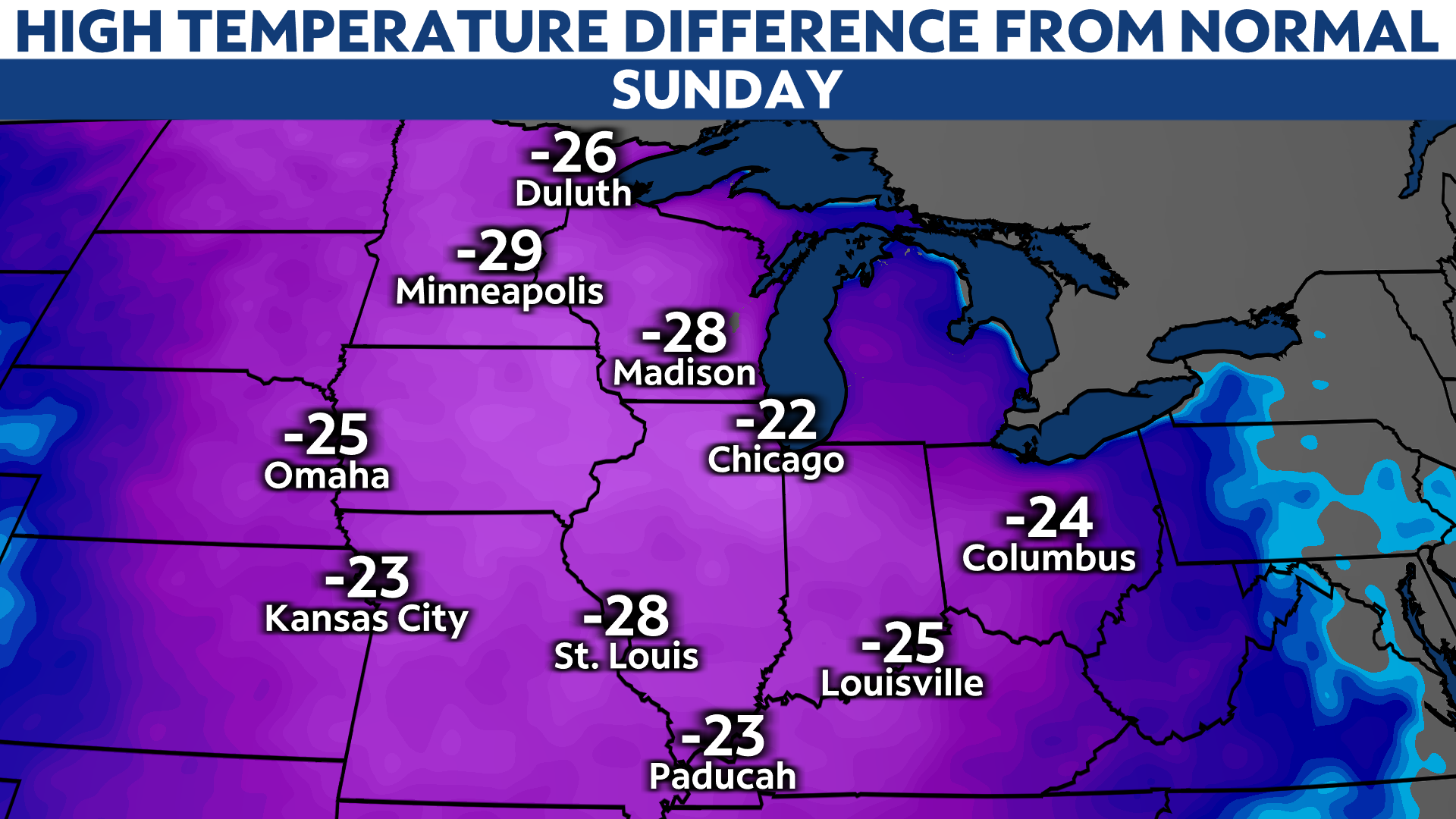 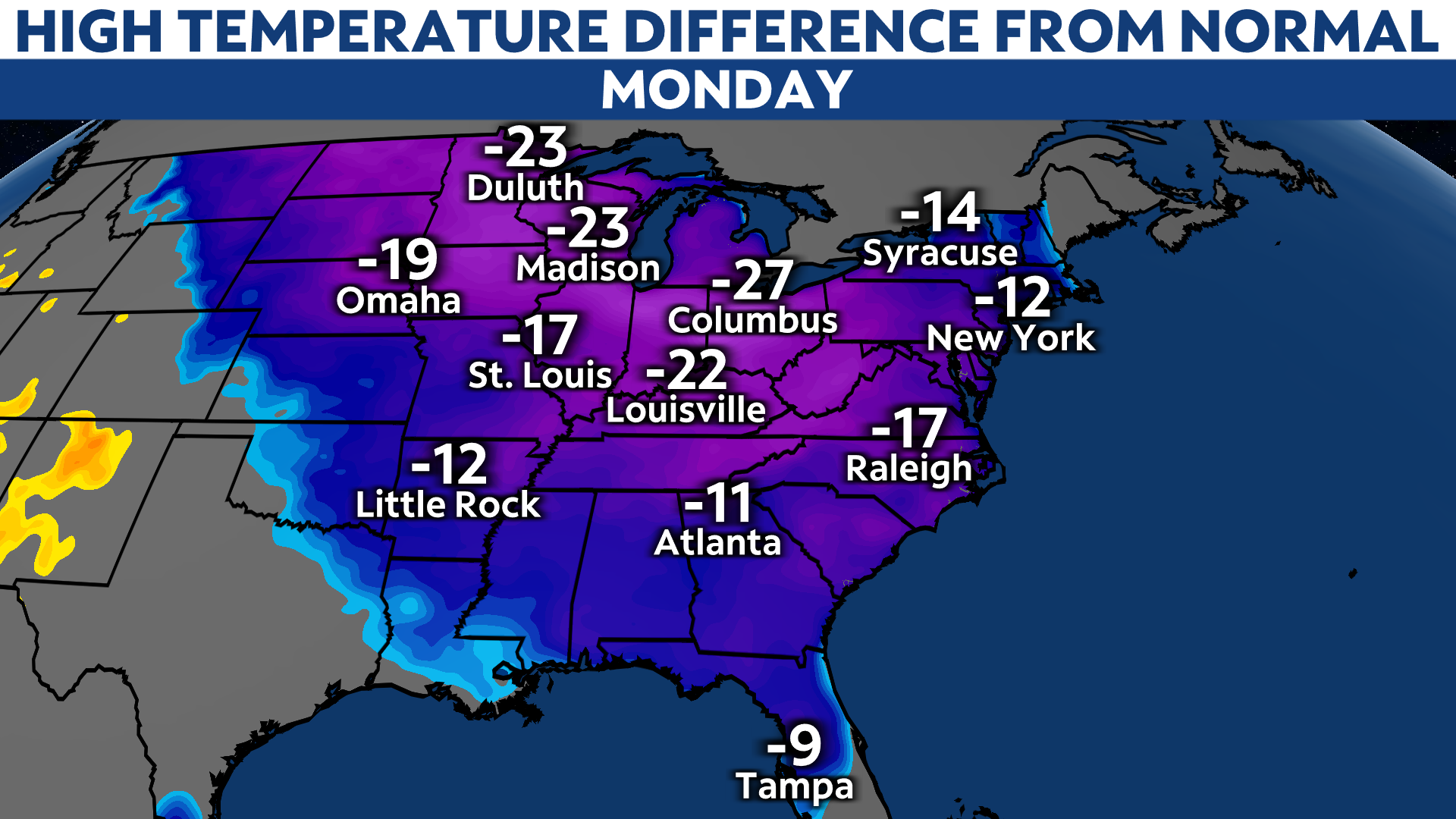 And that’s just the actual temperature. Wind chills will be even lower, perhaps dropping as low as the -30s in the north-central U.S. That’s easily getting into dangerous territory. The Northeast can plan on getting in on bone-chilling wind chills next week, too.