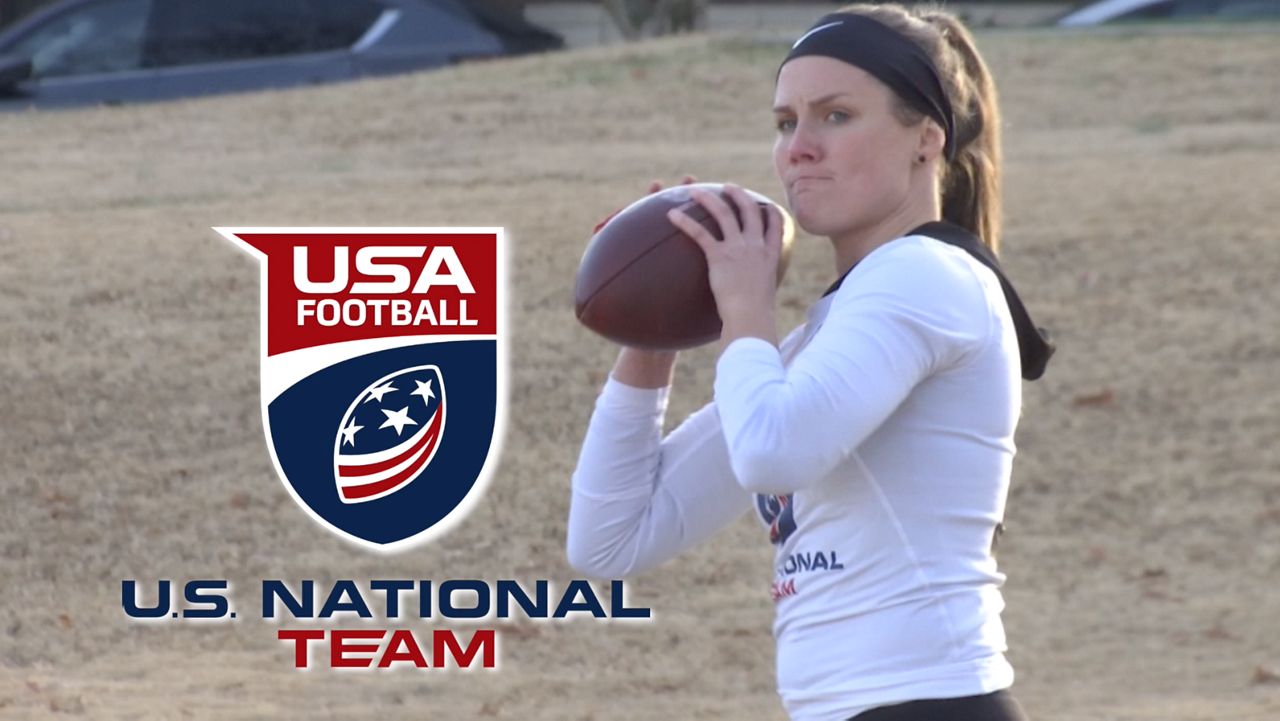 CHARLOTTE, N.C. — Mary Kate Bula is a pharmaceutical recruiter by day, but she is also a Team USA athlete. Bula will compete in the International Federation of American Flag Football World Championships on Dec. 6-8 in Jerusalem.

Bula is a linebacker and backup quarterback for the 12-player squad that will try to defend the gold medal won in 2018 by the USA in flag football.

USA won gold in 2018 in both men's and women's divisions

"I’ve always just loved football,” Bula said. “My dad played back when he was in high school, my brother is a big football fan. I just love the sport.”

Capturing the crown would give Bula and her teammates a chance to grow the game for girls who have a passion for football. For the 27-year-old Maryland native, showing younger girls that they can play at a high level means a lot.

“That’s something I want to leave behind. I want this sport to grow,” Bula said. “Right now, luckily, it is becoming a college sport for girls, so that’s huge. I really hope that, soon, North Carolina will take it on as a high school sport.”

Bula was added to the roster in 2019, one year after the American women won gold in Panama, but because of the pandemic, her chance to play in the World Championships was put on hold. Now in Israel, it’s game on for Bula to compete on the biggest stage in her game.

“I feel like there’s been so much adversity so far, with COVID, and we’ve had a few injuries. I just want to get those cleats on and start going.”

More than 40 teams from 22 countries were slated to attend this year’s event, which was pushed back a year due to the COVID-19 pandemic. Those teams received exemptions, allowing them to enter the country after recent travel restrictions were enacted by the Israeli government.

All teams and participants must be fully vaccinated and will be required to remain within the tournament “bubble.”  They will not be allowed to interact with other teams, except when competing.

The games will be streamed at flagworld21.com.