Davis ready for coaching debut with No. 19 North Carolina

He’ll coach his first regular-season game Tuesday at 19th-ranked North Carolina. It’s the place where he played under Dean Smith before enjoying a long NBA career and later returned to join the staff of another Hall of Fame Tar Heels coach in Roy Williams.

Entering Tuesday night’s game against Loyola Maryland, the 51-year-old Davis is pointing to his deep connections to the program as the reason why he feels so comfortable. 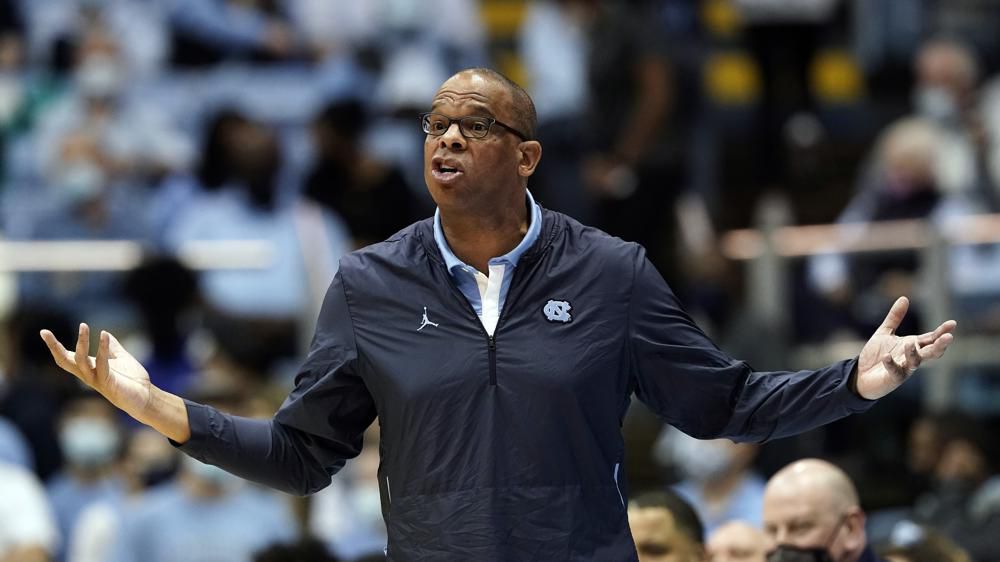 “From that standpoint of having the spotlight on you, yes, I have not been there as a head coach,” Davis said Monday. “But I’ve been there before. So this isn’t anything different to me. I’ll be walking out there the same way — the emotions and the feeling will be the same way — as I have walking through that tunnel the other 2,000 times that I’ve walked through the tunnel.”

The transition at North Carolina stands as one of the highest-profile coaching change entering college basketball’s opening night Tuesday, from the April retirement of a 903-game winner with three national championships in Williams to the significance the tradition-rich program turning to its first-ever Black head coach in Davis.

It also begins the farewell season of Hall of Famer Mike Krzyzewski for ninth-ranked Duke, which faces 10th-ranked Kentucky in the Champions Classic in New York’s Madison Square Garden. Krzyzewski will retire after the season and hand off to associate head coach and former Blue Devils player Jon Scheyer.

For the Tar Heels, the nephew of 1970s program great Walter Davis is a bridge to the Smith era. Yet he’s also tied to recent successes since joining Williams’ coaching staff in 2012 after working as an ESPN basketball analyst, including reaching the national championship game in 2016 and then returning to win the title the following year.

“It just says a lot about the program,” big man Armando Bacot said of Davis’ UNC ties. “You see a lot of other programs going and getting guys from other schools, other leagues and stuff like that. But just us being able to keep it in the family says a lot.”

Davis has leaned into that tradition by hiring a staff full of former UNC players, including bringing in former East Carolina and Auburn head coach Jeff Lebo while promoting a Final Four Most Outstanding Player in Sean May as an assistant alongside Williams holdover Brad Frederick.

Davis wants to keep some traditions such as remaining one of the nation’s best rebounding teams, while adopting tweaks such as improving floor spacing with outside-shooting big men.

That much was clear in how the Tar Heels overhauled their frontcourt by bringing in 6-foot-9 transfer Brady Manek from Oklahoma and 6-11 transfer Dawson Garcia from Marquette. In Friday’s exhibition win against Elizabeth City State, the two made 4 of 9 3-pointers.

Davis has also been encouraging Bacot to shoot 3s after an offseason of work to expand his range. The 6-10 junior made his only 3 in the exhibition after attempting one in his first two college seasons.

After the exhibition, Garcia described Davis, whose college head-coaching experience is limited to the Tar Heels’ junior varsity team, as “super engaged ... like he’s competing out there almost with us.”

Davis seems to look at it that way, too.

“I’ve played basketball my entire life,” Davis said. “I’ve been out there. So I know basketball. I know Carolina basketball. ... I’ve had a lot of experiences, whether it be on the court or on the bench, that I can pull from to help me make decisions during a game.”