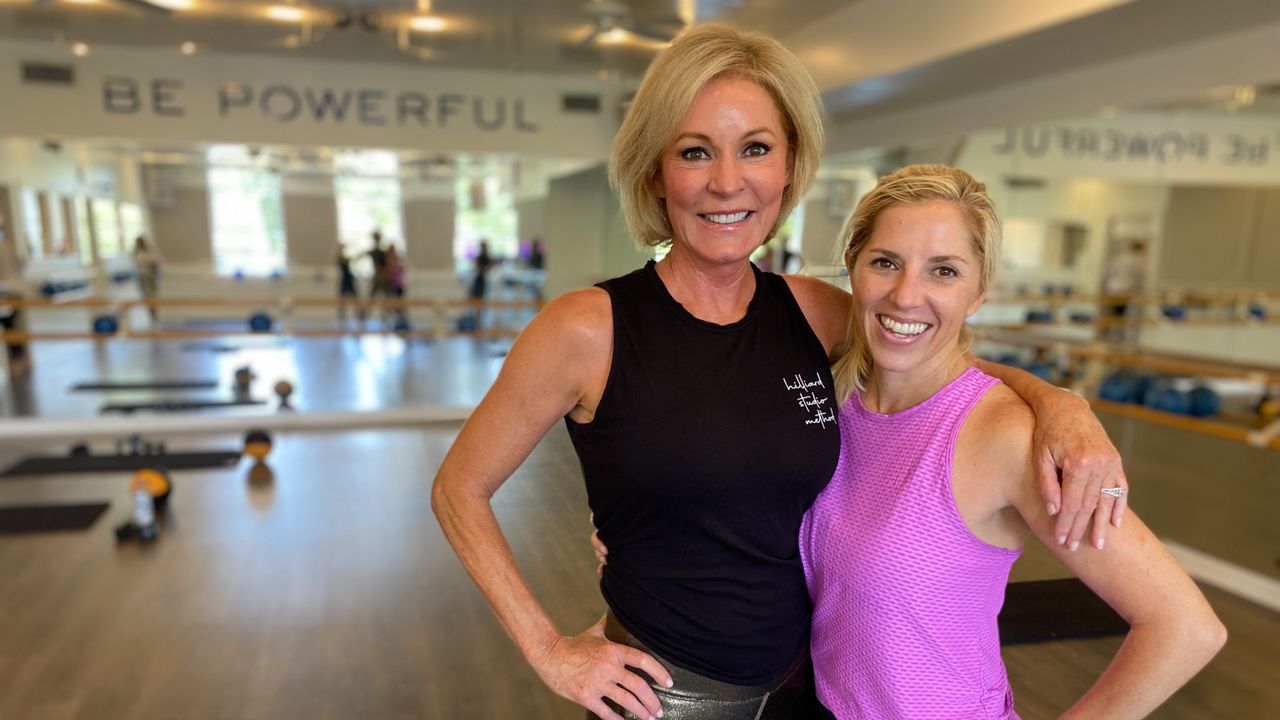 CHARLOTTE, N.C. — Liz Hilliard and Lee Kennelly were married to men most of their lives, but a special bond brought them together, and they couldn't deny the love for each other.

Hilliard has been a group exercise instructor for 20 years and now co-owns the Hilliard Studio Method in Charlotte. She loves helping her students feel empowered. She tells them to accept who they are, acknowledge it and be it.

Four years ago, Hilliard had to live up to her own words and face her truth.

“It’s hard to pinpoint it too, because it was an evolving relationship that was mostly friends and then what were those other feelings,” Hilliard said. “It was a smack when I realized what this was.”

For the first time her in life, at the age of 64, she had feelings for another woman. The woman's name is Lee Kennelly.

But sometimes love has its own plans. Kennelly also works at the Hilliard Studio Method.

“We really tried to put those feelings to the side and deny it to ourselves because it was so unique and different,” Kennelly said. “It was like nothing I had ever experienced, but that deep feeling always remained.”

Both Hilliard and Kennelly were previously married to men and worried about how their clients would perceive their relationship. Hilliard admits while some clients left because they didn’t approve of gay or lesbian couples, others stayed.

“I had a lady who is an older Christian, and she came to me and said, ‘you know Liz, I don’t understand any of this but you have always had my back, and I will always have yours,’” Hilliard said. “It makes me cry.”

The couple was recently engaged and started a podcast called "Be Powerful with Liz and Lee." Their goal is to empower others to not let anything hold them back.

“Call the people you think you might not be ready to talk to,” Hilliard said. “Do the things you may not be ready to do because when you step out of that comfort zone and you acknowledge that you are being accountable to yourself then you can make mountains move.”