President Joe Biden and others in his administration have fanned out across the country to push for the $2-trillion plan.

As Buttigieg and Emhoff spoke at Raleigh’s Union Station, the president was at a different Amtrak station up the line in Philadelphia to celebrate Amtrak’s 50th anniversary and talk about the infrastructure proposal.

“It’s going to transform our nation’s infrastructure,” Emhoff said, according to pool video from the event.

“It’s fitting that we are capping off our day at a site that reminds us of American innovation and infrastructure,” Emhoff said from the train station, which opened in July 2018.

The specifics on what the infrastructure plan means for North Carolina have not been released, but Amtrak has said it would include money to complete the high-speed rail line from Richmond, Virginia, to Raleigh. 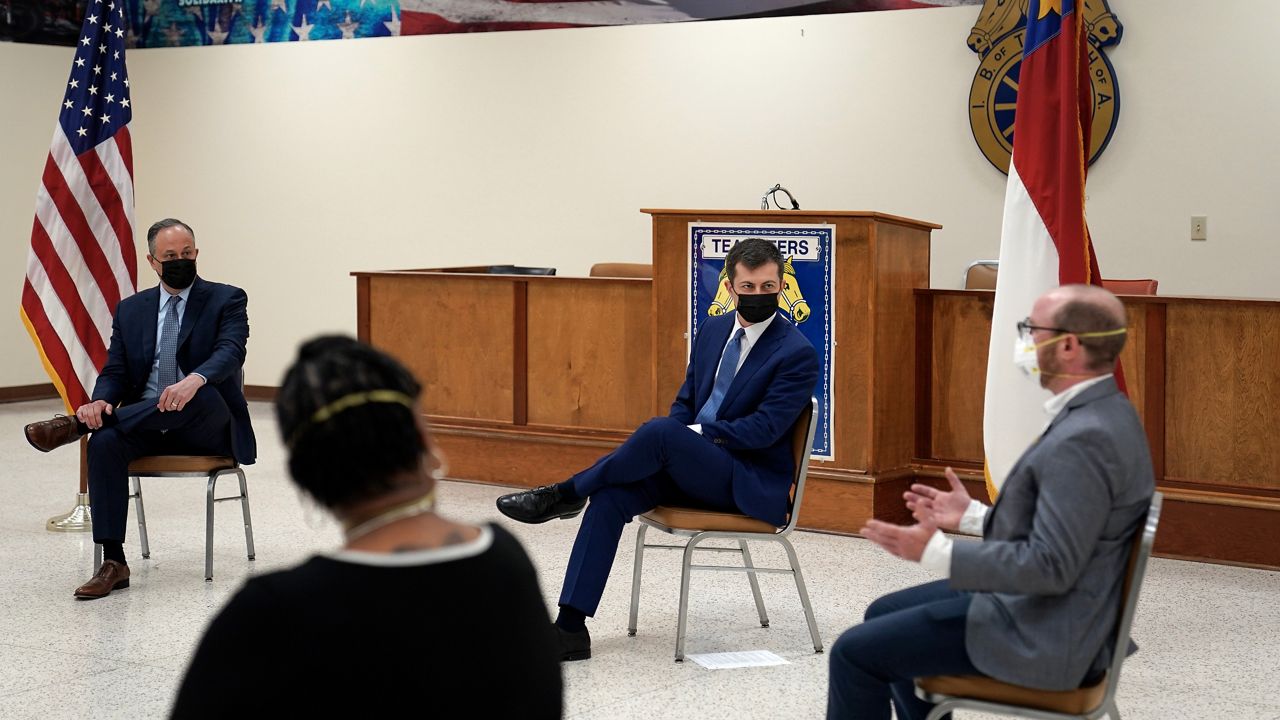 There are long-term plans for high speed rail lines to run from Richmond to Atlanta.

“Imagine a 2-hour train ride between Atlanta and Charlotte?” Biden said from Philadelphia.

“American is on the move again,” Biden said.

Biden was known for commuting by Amtrak each day when he was serving in the U.S. Senate. He said Amtrak employees became like family, so much so that he hosted holiday and summer parties for workers.

In the past, when he ended up at the Philadelphia station, it was because he took a late train and slept through his stop in Delaware.

“It only happened about four times,” Biden joked.

At the Teamsters Union Hall in Raleigh, Buttigieg talked about the need to invest in all jobs with the new infrastructure proposal, according to pool reports.

"These are not mysterious jobs," the secretary said. "We're talking about needing carpenters and electrical workers."

The second gentleman also talked about protecting workers during the coronavirus pandemic.

“Transit workers are frontline workers," Emhoff said. "They need to be treated as such."

"A lot of people weren't able to work on Zoom," he said. "It's been a tough year out there taking care of people like you all have."