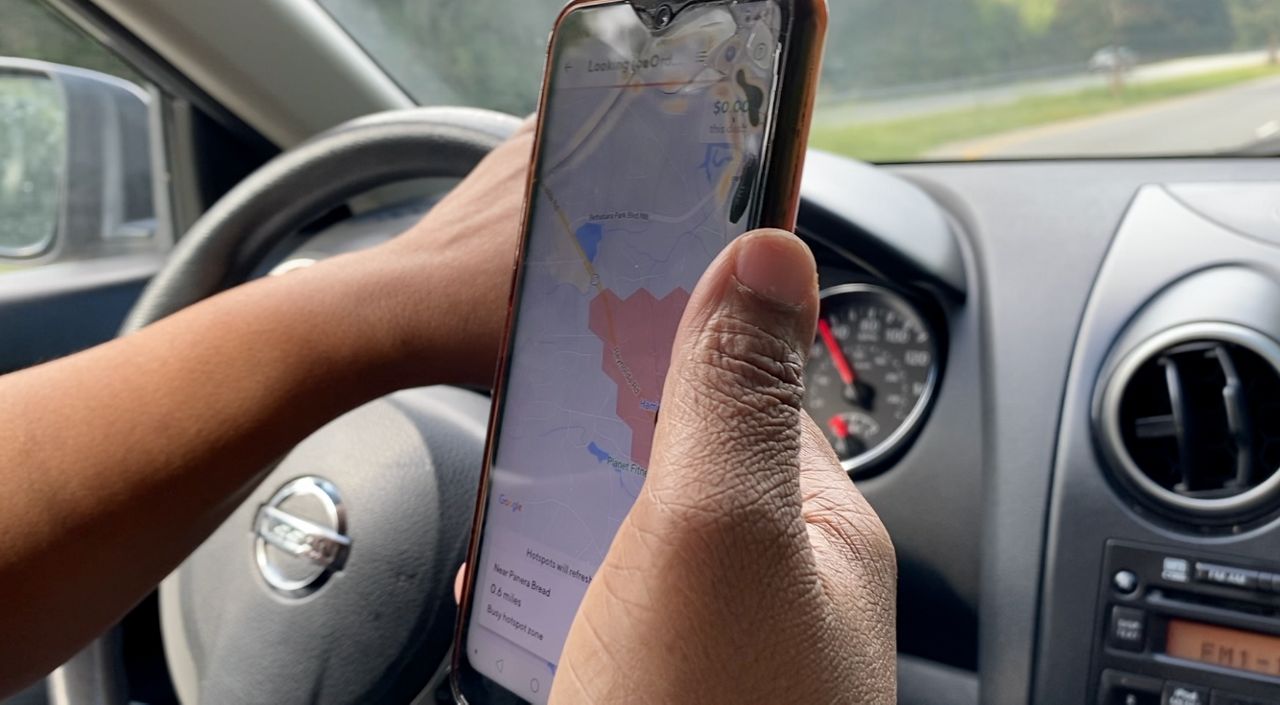 WINSTON-SALEM, N.C. — A Winston-Salem substitute teacher works a second job as a DoorDash delivery driver every night, which may pay her $100 a week, if she's lucky.

She's also has a 5 a.m. wakeup call. But to make ends meet, there's no down time.

"Stuff like this makes people say, you know what? I can't do it because I'm going to be on the street," said the substitute teacher, who spoke on condition of anonymity because she feared backlash against her and her family.

She recently received an eviction notice — a reminder of a battle she's lost. She's been avoiding house-hunting in hopes her circumstances may magically change.

"It is scary, because you're one step away from being homeless," she said.

All it took to get behind the eight-ball, she tells us, was struggling to find a temporary job this summer, her daughter getting sick and her car breaking down.

The expenses continued pilling up.

"Sometimes I'll just stop, you know, and I'll start talking to God and say I don't want to leave, you know. I like where I'm at. This is a nice place, nice neighborhood," she said.

Right now, she's still thousands of dollars behind and now moving is her only option

Yet she's back on the road every night to make deliveries.

"Every time I come up for air, something happens and it pushes me back under. It's like I can't breathe, I can't get on top of this," she said.

No matter what happens, she doesn't regret the choices she's made, especially in her career. She knows passion won't be enough to motivate everyone.

"People have to live, you know, something has to be done about giving teachers some more money. We got to do more. These kids are our next generation, they're our future," she said.

According to an August survey from the N.C. School Superintendents' Association, there are over 11,000 empty positions including teachers, counselors and bus drivers.​

The National Education Association says the starting salary for full-time North Carolina teachers is $37,000 a year. That's about $4,000 less than the national average.

The pay varies by school district.