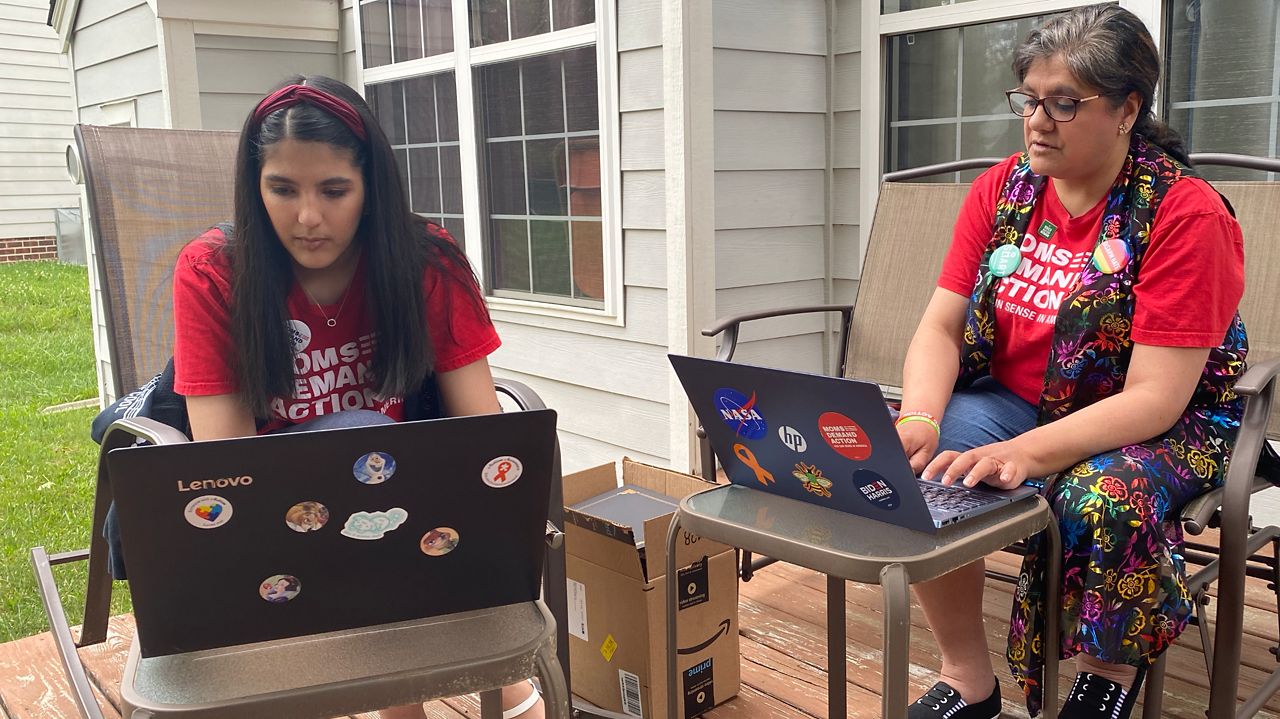 WAKE COUNTY, N.C. – After Tuesday's shooting in Texas, a nationwide movement is pushing for gun reform.

On Tuesday, 19 children and two teachers were killed by an 18-year-old, who opened fire at Robb Elementary in Uvalde, Texas

The event, now in it's eighth year, honors and remembers victims and survivors of gun violence

North Carolina Moms Demand Action campaign lead, Madhavi Krevat is passionate about this issue. Her son was on campus at UNC Charlotte in 2019 when a man shot and killed six people.

"It was one of the hardest days of my life. I spent the entire evening looking at the news, texting my son and crying," Krevat said.

Luckily, Krevat's son survived. But she knows that outcome is not the same for all families and is grieving after Tuesday's shooting in Texas.

That's why she and her daughter Leah collectively work for Moms Demand Action and Students Demand Action. Both organizations fight for public safety measures to protect people from gun violence.

They are both pushing more legislation, including better background checks. They specifically mentioned HR-8, the Bipartisan Background Checks Bill. It passed in the House twice, but the Senate has still not voted on it.

"It's still sitting somewhere on somebody's desk," Krevat said. "Another one is the red flag law, the extreme risk protection order. That's a really good one as well. So there are two good gun bills that we can have nationally that can help protect us."

They are also both helping organize a​ Triangle Wear Orange picnic on Saturday. Survivors and volunteers will gather at John Chavis Memorial Park at 10 a.m. Saturday's event is co-sponsored by the Raleigh mayor and police department and Apex NAACP.

The Wear Orange events continue on Sunday with a walk through downtown Raleigh with state representatives. The event starts at 11 a.m. at the General Assembly. 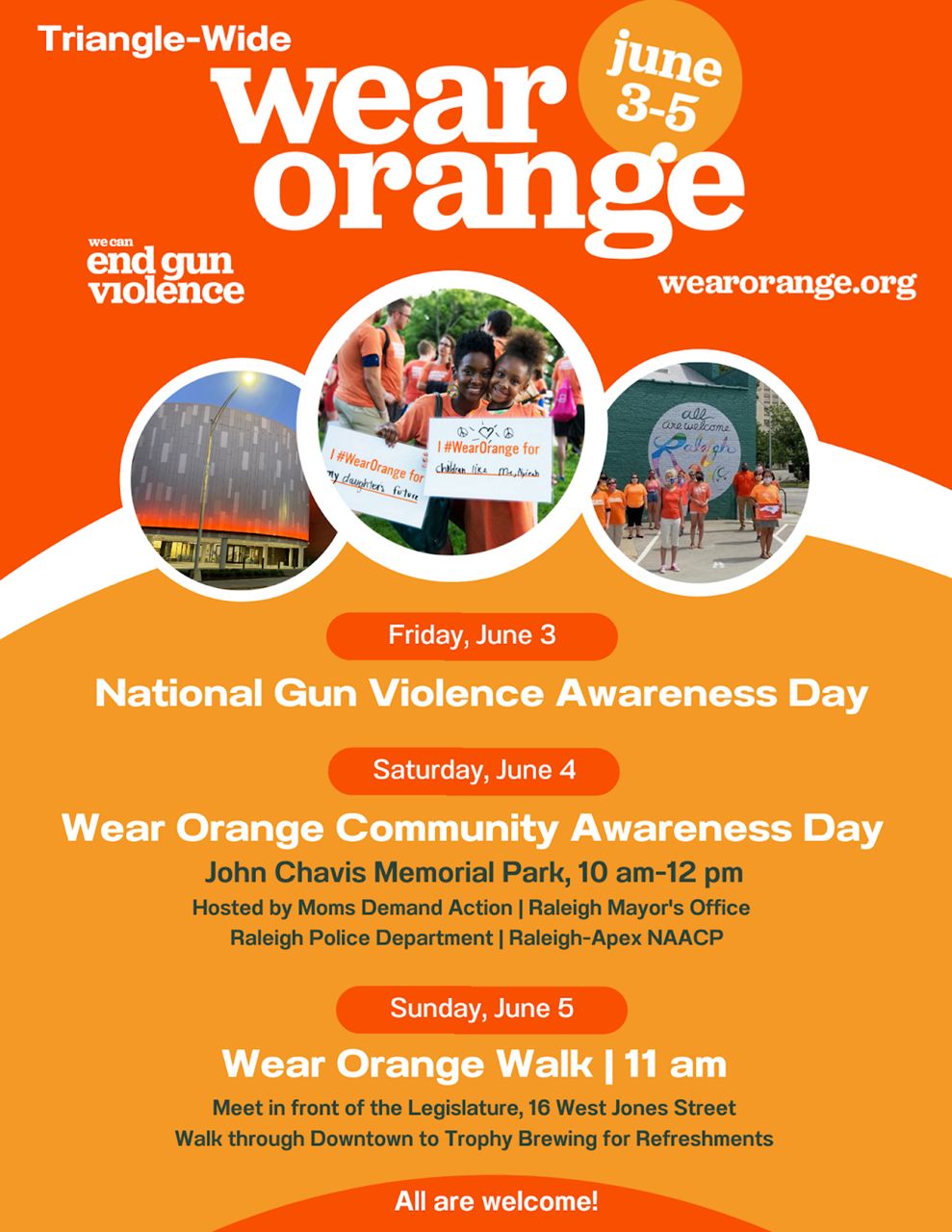