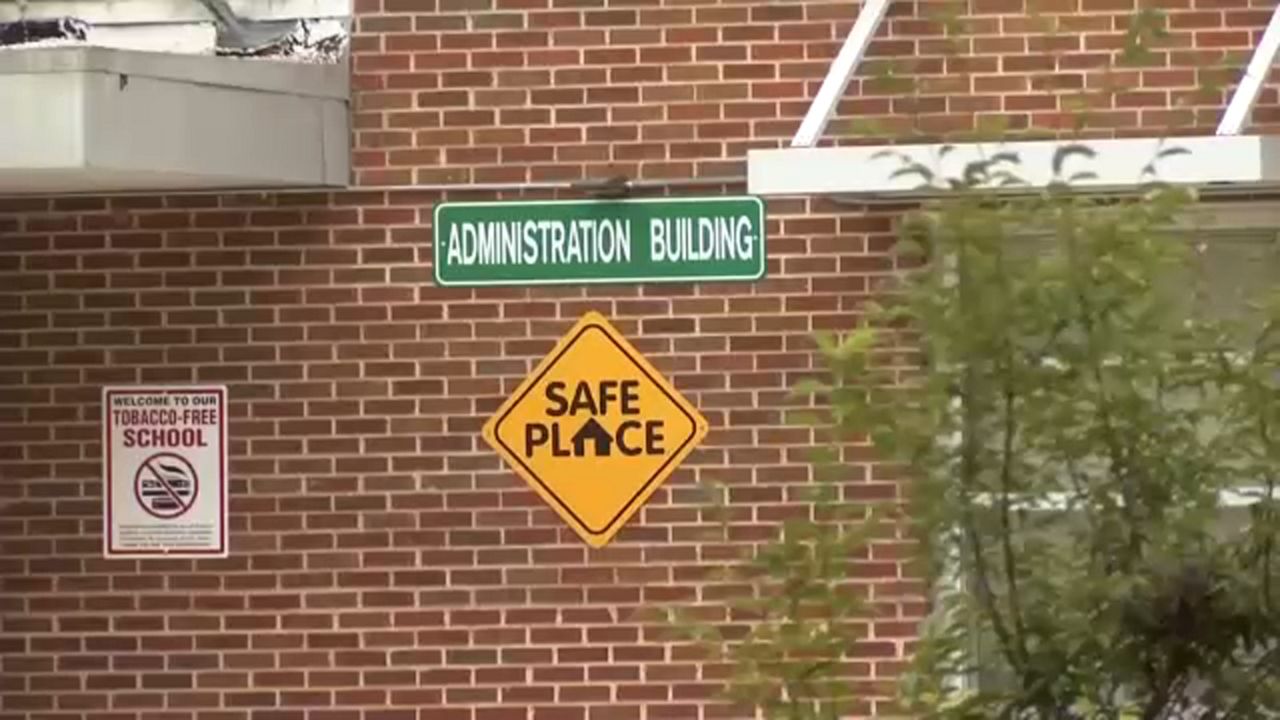 Sexual assault victims call on school board for change

CHARLOTTE, N.C. — Victims of sexual assaults at a Charlotte high school are calling for change in how reports are handled and also voicing that they want to be part of the conversation in how to make a difference for other victims.

For Serena Evans, the plates, trophies and medals she's won remind her of a different time in her life, when she was a star tennis player.

“One of my favorites is this one because the top of it is like a foam like tennis ball, and you can like spin it,” Evans said, talking about her awards. “It’s really cool. Oh actually, this is from my tennis time at Myers Park, when we won states in 2016.”

It's a life that ended after she says she was sexually assaulted at Myers Park High School in 2016.

“We actually, I actually got these a couple weeks after I was raped,” Evans said.

“These in particular are really difficult for me to even look at,” Evans said. “I actually put that time out of my mind and actually forgot I got medals from states.”

Evans says she did report her assault to school administrators at Myers Park High School and police. She says they did not take her claim seriously, and doubted her story, making her feel alone and isolated until May of 2021 when she heard Nikki Wombwell’s story.

“Meeting Nikki was a blessing, not only to bounce ideas off of someone, but be able to talk to someone that not only is a survivor, but is a survivor at the same school that was hurt by the same administration that you were hurt by,” Evans said.

Charlotte-Mecklenberg Schools was asked about the response to the sexual assault reports in a previous story, and the district provided a statement, saying the school strives to make sure students feel safe at school daily, and that a Title IX task force was started to change procedures going forward. See their full statement here in this article that shares Wombwell's story.

Since then, Evans and Wombwell, as well as Myers Park High School student Aidan Finnell, helped create Amplify Survivors. It's an organization aimed at preventing K-12 sexual assault and giving survivors a place to share their stories.

Since the girls began speaking out, Charlotte-Mecklenburg Schools has created a Title IX task force to review policies of how sexual misconduct should be handled. They’ve also reassigned administrators, like former Myers Park High School Principal Mark Bosco, to other jobs in the district.

“I think it’s obviously great that we keep getting attention to share new survivors' stories, continue to share our own,” Evans said.  “You know it’s disappointing that we need all this media attention for change to be made.”

Evans says the district needs to do more and include survivors of sexual assault into those conversations.

“Just what is it going to take for CMS to make the changes that it needs to,” Evans said.

CMS has released a statement about the task force created following the allegations of sexual assault, saying:

“The Title IX Task Force was created by Superintendent Winston as a student-led group representing high schools in all six CMS learning communities. The task force discussed challenges, considered solutions and provided a facilitated report of recommendations to the Superintendent that would impact the current students of CMS – their peers. It was important that their voices were at the table and were heard.”

Survivors like Evans say this is heading in the right direction, but they want survivors of assault on campus, who are no longer students, to also be included in the discussion.