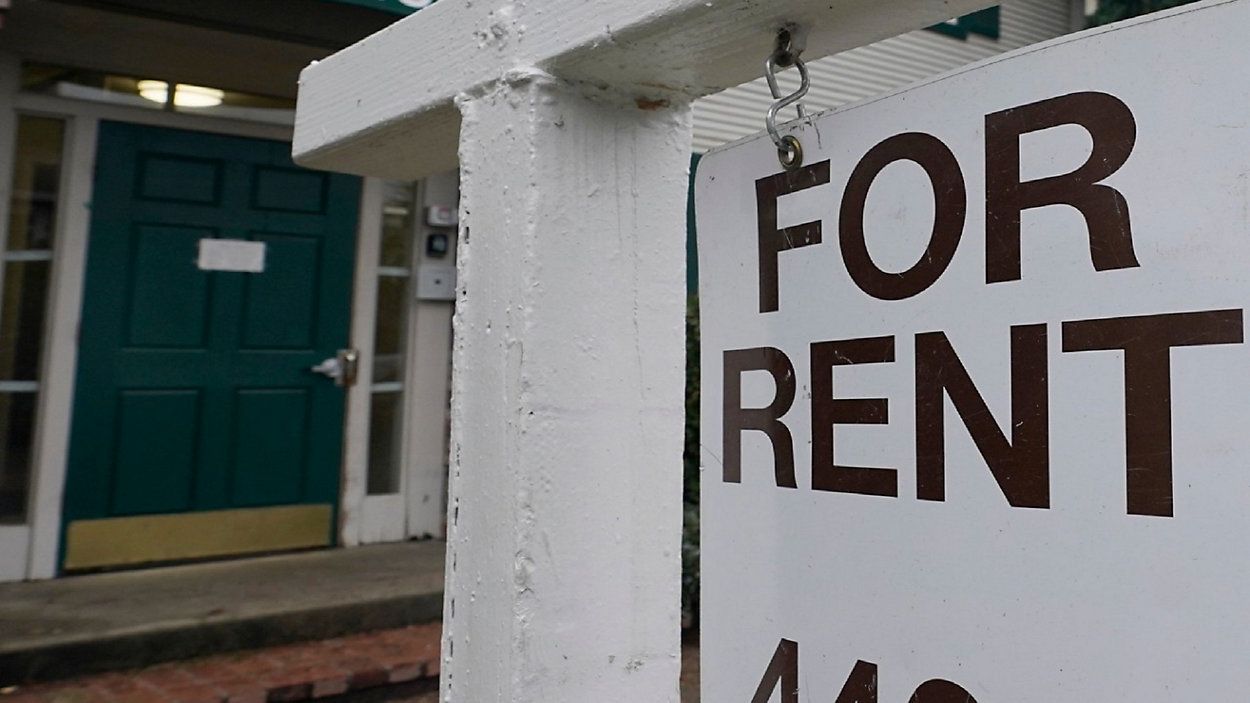 Mecklenburg County says 1% of area apartments rent for less than $1,000

CHARLOTTE, N.C. — As Charlotte-area organizations were assisting the county in its annual point in time (PIT) count, county commissioners were listening to a presentation on current rental prices in the area.

Mecklenburg County says 1% of apartments are less than $1,000 to rent

However, those same advocates say creating more affordable units is only one part of a potential solution

The annual PIT count is the county’s way of finding out how many people in the area are facing homelessness and is a federal requirement.

The count, which officially started January 26 but continued for several days, partly relied on organizations already working with people in need.

A day after commencing the count, during the Mecklenburg Board of County Commissioners budget retreat January 27-28, commissioners were told only 1% of area apartments were under $1,000 to rent.

On average, a two-bedroom apartment is going for $1,445, according to the same report.

“Home prices grew by 19.8 or so percent, well rent prices have grown just equally the same. Right now, only 1% of apartments are priced under $1,000 in the county,” presenter Michael Brandon Simmons told the board.

Simmons also told commissioners the salaries needed to rent those apartments, using 30%, would be $56,268 for a one-bedroom, and $70,704 for a two-bedroom apartment.

Those prices, and the salaries required to rent, did not come as a surprise to housing advocates across the city.

Sean Scurlock, a housing case manager for The Relatives organization, said it did not surprise him.

“I come from working in Myrtle Beach and Asheville in the past. So, Myrtle Beach is much more lax, and Asheville has a very tight housing market as well. But because of the metro area that Charlotte’s in, and just the amount of people moving here on a daily basis, I really haven’t seen anything like it,” Scurlock said.

Scurlock, who has 10 years of experience connecting people in need to transitional and emergency housing, said the COVID-19 pandemic only made things worse.

The Relatives, which works to help young people be, “Healthy, productive, engaged members of the community,” said its On Ramp Resource Center was currently helping 38 young adults and 19 of their children with housing.

“We have seen the demand for housing grow exponentially since we began the program back in 2016. For reference in 2017, we served 13 young adults, last year we served 71 plus their 21 children,” said administrative and marketing coordinator Megan Doherty.

Scurlock said he’s seeing the same increased demand when searching for apartments willing to let his tenants stay for 6 to 12 months at a time.

“I would say that’s a — probably 50% of my job is trying to find apartments,” Scurlock said in-between phone calls.

Scurlock and other case managers help find apartments on 6-12 month contracts by working with individual landlords, and then assist in paying rent and other needs with grant funding.

From struggle to success

One current The Relatives client, Josh Young, said the program helped land him on his feet.

The 25-year-old recently moved into an apartment after several months of jumping from family home to family home.

Young said he felt like he did everything right, had a supportive family and college degree, but could not land a job in sports management. Young dreamed of being a football coach, but realized he would have needed a teaching degree or certificate.

“So you just ask — you just keep asking like, 'why? Why me? What am I doing now? Or, just why?'” Young said while walking his new neighborhood.

Instead, he decided to go to barber school, following in his dad and brother’s footsteps. Later last year, his dad was cutting the hair of Desmond Rushing, another case manager for The Relatives. When Young’s dad explained his son’s situation, Rushing said he could help.

Rushing said Young’s case was the perfect example of a success story.

Other organizations are feeling the housing pinch too, like at the Time Out Youth Center on Monroe Road.

At the center, which serves LGBTQ+ youth ages 13-24, the need for housing is also apparent.

“The Charlotte area, there’s just not enough affordable housing in the community,” Shaq Clarke said. “And I said that very fluidly, because I think there’s a lot of privilege in the word that we talk about, ‘affordable.’ We want to know affordable to who?”

Clarke has worked for Time Out Youth for eight years and recently took over the newly created role of director of housing and supportive systems.

“We know that a lot of young people, particularly brown and Black folks are underpaid,” Clarke added.

When presented with the information given to commissioners last month, Clarke said she too was not surprised.

“It’s not a surprise at all. We know that people are gentrifying people out of the community. And, there’s a lot of resegregation happening,” Clarke said in response.

Currently, Time Out Youth and Clarke are helping about 20 to 25 young people connect to housing, with 10 looking specifically in the next couple of weeks. Those housing arrangement needs are spread from emergency, to transitional and permanent opportunities.

Both Clarke and Scurlock said affordable housing issues are more complex than just a lack of available units.

“Because, there’s this idea that we are going to fix this housing crisis and this homeless crisis in the community by providing affordable housing. But then, not attaching all the resources connected to them to stay in housing, and figuring out what those barriers are,” Clarke said.

Those barriers include access to transportation, quality food and quality health care, while still having funds to pay housing, according to Clarke.

For Time Out Youth’s young people, specifically, she urged housing programs to make it clear if they are supporters of the LGBTQ+ community.

“If you are not saying that you are serving this community, this community, when I say this community — LGBTQ folks, don’t feel like they’re welcome there. So I think we have to be more intentional about how we’re going to provide an inclusive space for everybody,” Clarke said.

After the PIT count last year, the county determined 1,947 people were experiencing homelessness, with 14% of those people in unsheltered locations.

In a release for this year’s count, the county wrote, “The lack of affordable housing contributes to both housing instability and homelessness. In Mecklenburg County, there is a 23,022-unit gap for households at or below 30% of Area Median Income.”