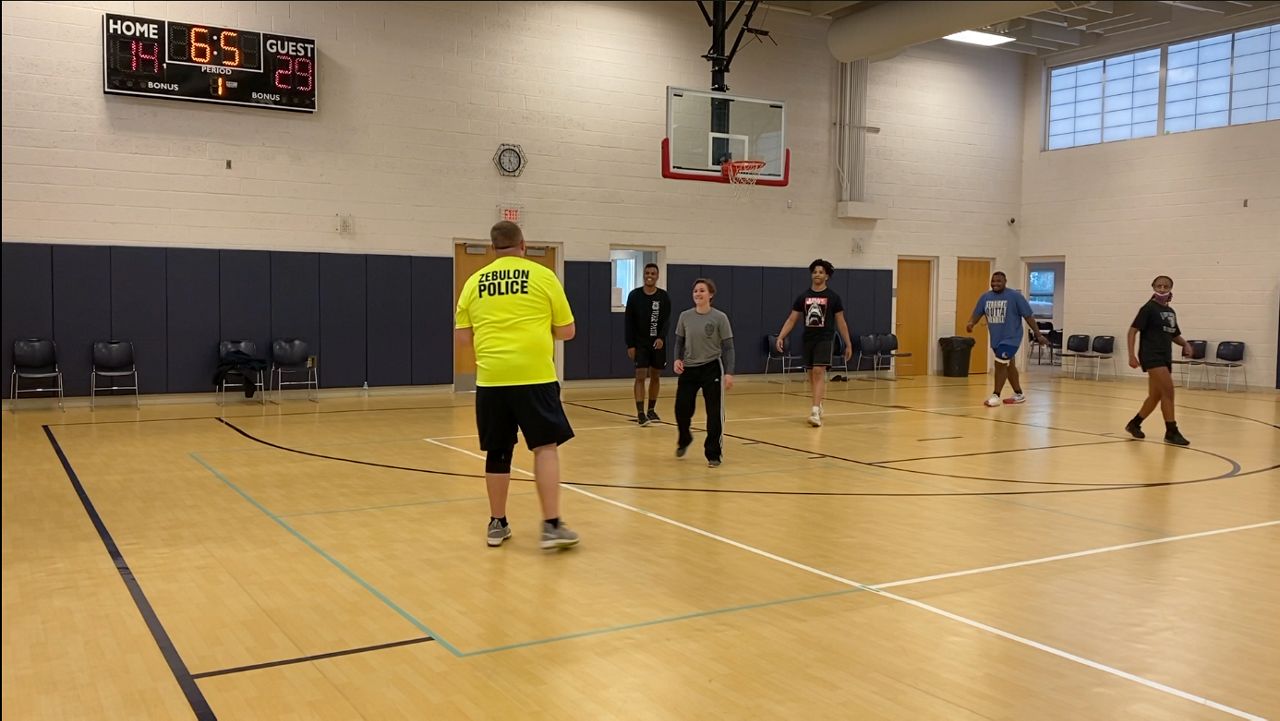 WAKE COUNTY, N.C. — Fostering relationships with youth in the community is a top priority for the Zebulon Police Department.

The Zebulon Police Department hosts open-gym on Wednesdays from 3:30 p.m. to 5 p.m. at the community center

Every Wednesday since September, the detective unit holds an open-gym after school at the Zebulon Community Center.

Tivon Howard is the detective sergeant for the department, but on Wednesdays you can find him running the clock and calling foul shots.

“We are interested in getting the youth involved very early so that one of them can actually take one of our jobs and become a police officer. It’s just part of our jobs to foster that relationship and friendship,” Howard said.

Howard says the open-gym started off slow, but through word of mouth, more kids started to show up. Now, they have enough teens to play pick-up basketball games, mixing up the teams with both teens and detectives.

“It’s nothing special — this is something we should be doing all the time,” Howard said.

Howard began his career with the Zebulon Police Department 22 years ago, after retiring from the military. Since signing on with the department, he’s made it his mission to be immersed in the community that he serves.

Howard has also spent time off-duty coaching youth football and filling in as a substitute teacher.

“Every chance I get I am trying to come up with community-related programs to bridge the gap between the police department and the community,” Howard said.

Since starting weekly open-gym, it’s been a day that everyone in the department looks forward to.

“Favorite part of the day on Wednesday, get to hang out with the kids and build relationships,” Howard said.

There are rules in the gym, however.

“The rules of this gym are no cursing, no gangs, everything is left outside, no fighting and let's have fun,” Howard said.

For teens that do not have a ride to open-gym but want to attend, the detectives at the police department offer rides.