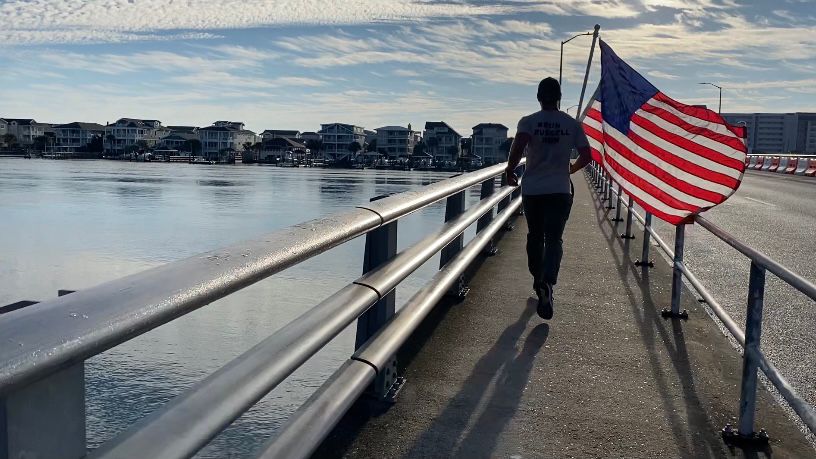 WILMINGTON, N.C. — Oftentimes, veterans returning home from combat are struggling to treat mental scars, rather than physical ones. It's a story Russell Larkins is very familiar with from his own time in the service.

Larkins served four years in the Marine Corps as an infantry squad leader in Afghanistan. After getting out of the military, running became a type of therapy for him, and he realized how easy it was to run for a cause that could help his fellow soldiers. 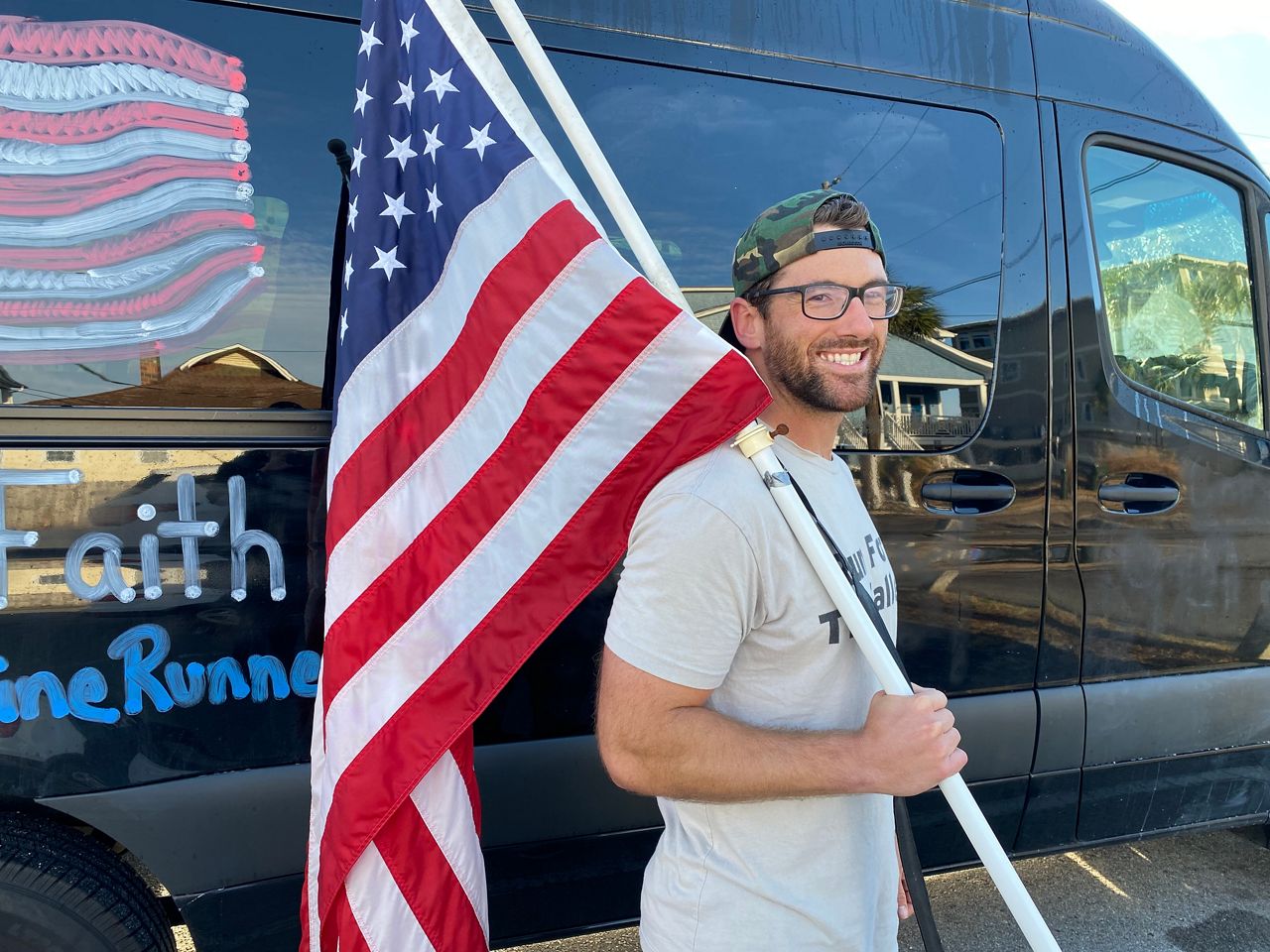 “I was really inspired to start running again when the 13 service members were killed in Afghanistan, and so I ran 30 miles a day for 13 days straight for them,” Larkins said.

Not only does he honor those who have fallen, but he brings awareness to those who came home but have never been the same again.

“I ran across the entire country last year for veterans suicide awareness, and I wanted to do something more local,” Larkins said.

His latest objective has been running more than 400 laps at Wrightsville Beach, which translates to 1,000 miles. He carries the American flag on his shoulder every lap, drawing attention and building support for his cause: getting a homeless veteran off the streets of Wilmington and into a permanent home.

“There's a lot of chronically homeless veterans that have mental health conditions,” Larkins said. “I have PTSD, I have things like that, and a lot of veterans that I know who were in combat struggle with that.” 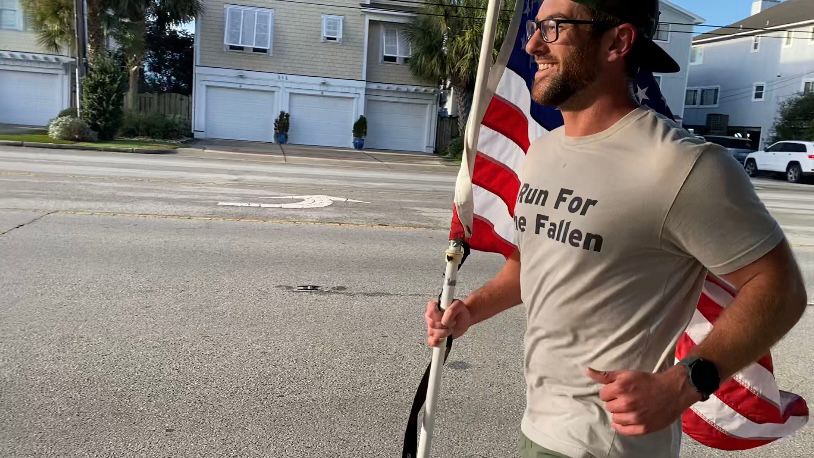 Battles on the field are sometimes nothing compared to the battles of the mind. Both traumatic brain injuries and PTSD correlate to homelessness, which is something Larkins and many of his fellow soldiers struggle with.

“Sometimes you just fall in between the cracks and you end up homeless and there's no one to help you and that's why I'm out here doing this,” Larkins said.

In 2020, there were 800 homeless veterans in North Carolina, and according to the VA, more than 37,000 veterans were on the streets nationwide.

While Larkins' run may only give one homeless veteran a roof over their head, his hope is that it may inspire others to find ways they can make a change.