'People have suffered': Wilmington reflects on the massacre of 1898 after more than 100 years

WILMINGTON, N.C. — The commemorative events in honor of the lives lost in the 1898 Wilmington Massacre continued Tuesday afternoon with a meet-and-greet with descendants of Alex Manly, as well as a lecture and book signing by award-winning author David Zucchino.

Kieran Haile is Manly's great-great-grandson and traveled all the way from Oregon to participate in the city's event to honor his ancestor. Manly was the editor of Wilmington's Black newspaper, the Daily Record, at the time of the race riot. His printing press was burned to the ground, and he escaped the town under threat of his life. 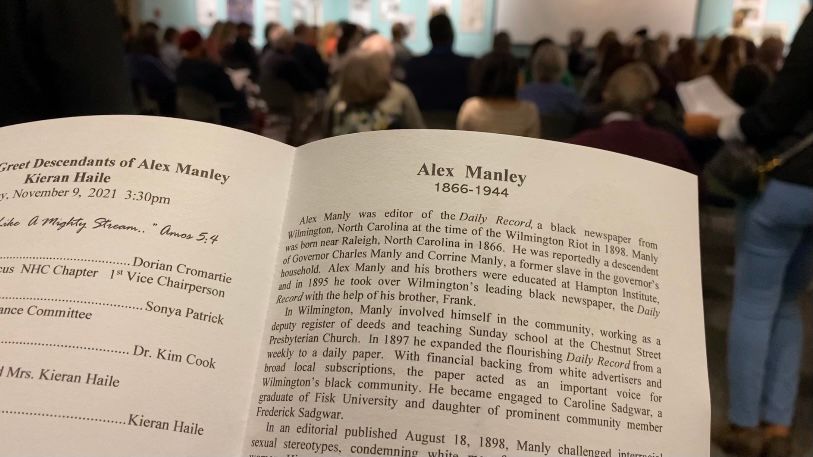 It was standing room only to hear the descendants of Alex Manly speak.

“The thing that everyone ought to know is that people are still here,” Haile said. “People have suffered from this, and those people still exist. A lot of people didn't even know that this was a thing or things like this had any sort of lasting historical impact.”

Manly challenged stereotypes in his publication, making him a target of the white supremacists who carried out the massacre on Nov. 10. After fleeing, he moved to Philadelphia and never returned to Wilmington, but continued his involvement with the press.

Community members crowded into a room at the Cape Fear Museum to hear Haile, his wife and a great-great-granddaughter of Manly share their family's perspective on the events of 1898 and how we can overcome them moving forward.

“I had no idea that people were even this animated about the subject, so to see that happen is gratifying,” Haile said. 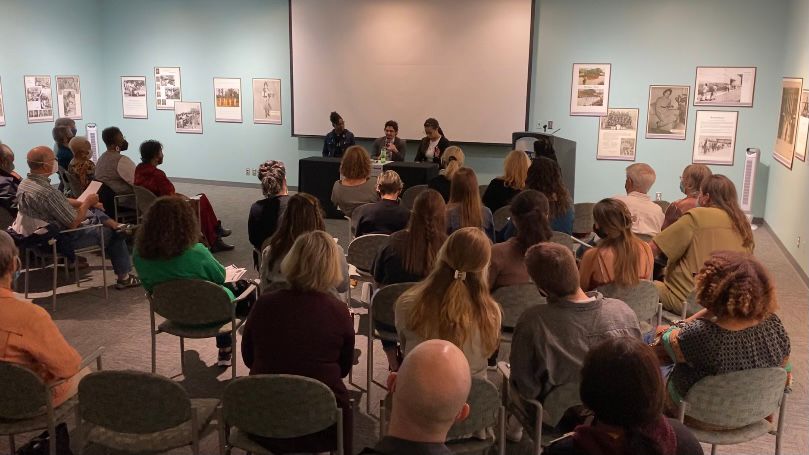 Kieran Haile (center) shares his knowledge of his great-great-grandfather.

A collection of items are stored in the archives at the museum and were on display for the public at Tuesday's event.

That evening saw another full house at First Baptist Church in downtown Wilmington where, people gathered to hear a lecture by the author of “Wilmington's Lie.” David Zucchino shared how he became so interested in the events of 1898 that he ended up spending over two years researching it, which eventually turned into a book.

“It's really gratifying to see people in the place where these events occurred 123 years ago taking such an active interest in finding out what really happened,” Zucchino said. “The previous generations didn't know anything about it because it had been covered and mischaracterized, and I hope this helps in some small way to get it to the next generation and keep it alive and really overcome the lie that was perpetrated for so many years.”

After taking questions from the audience, Zucchino held a book signing at the neighboring Bellamy Mansion.