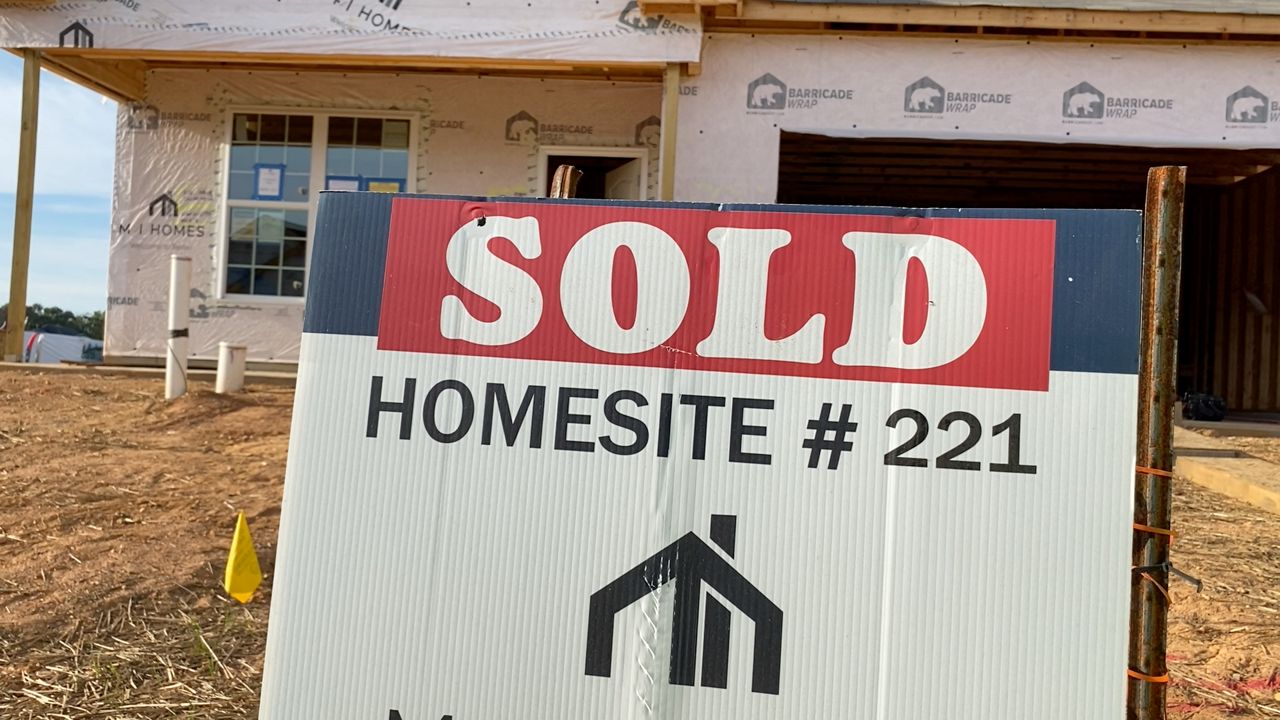 UNION COUNTY, N.C. — A home building company with several neighborhoods under construction in Union County took a unique approach to dealing with heightened demand during the last 18 months. It used a lottery system.

As Union County continues to see significant growth in its population, 37,000 residents since 2010, the company said it wanted to avoid high-priced bidding wars and over-extended buyers.

The lottery system, which was implemented as home demand increased at the start of the COVID-19 pandemic, helped M/I Homes navigate the last 18 months before coming to an end in November.

At times, single lots were getting potentially dozens of interested parties, according to M/I Homes Vice President of Sales and Marketing Alan Beulah.

Beulah, who has more than 30 years experience in the home building and selling business, said COVID-19 created demand unlike the industry had ever seen.

“We thought we saw everything until the last year and a half, and it has been crazy,” Beulah said in the kitchen of one of M/I Homes’ model units.

For example, in 2017 M/I Homes had zero permits to build homes in Union County. So far in 2021, they have more than 200, according to data the company provided.

Citing the relatively new Monroe Expressway and a desire for buyers to live in the Charlotte area, Beulah said the company focused on Union County as a spot ready to grow.

“We started seeing a good amount of growth. I think we were one of the first builders that really tried to put a flag in Union County. Especially in this Monroe corridor,” Beulah said. “We wanted to find something where we could find affordable land, OK, and then be able to provide a quality product for families that are looking for either their first or maybe their move-up home.”

As demand skyrocketed under the COVID-19 pandemic, Beulah said buyers were more eager than ever for new home builds. However, the company wanted to focus on affordability.

“Affordability was the key,” Beulah said.

So, the company retooled a process they used when other communities or single plots of land were under high demand: A lottery.

“It was one community that we were doing it previously. Then, quite honestly, when we had to utilize the lottery for pretty much all of our communities, we really [rethink] how we were doing it,” Beulah added.

Using a computer-generated number system, potential buyers were entered into a pool for home sites. Interested parties had to opt-in by close of business on a Sunday, and then the numbers were drawn on the following Monday. During the week, they would go down the list in the order numbers were drawn, and reach out to winning buyers to see if they wanted to move ahead with the deal.

Usually, Beulah said a winning individual or family would agree to the deal somewhere in the first five winning numbers. At times, individual homes and properties were getting up to 20 interested parties.

Turay, who purchased her future home after winning one of the lotteries, said the process was relatively easy and was part of the reason she considered M/I Homes.

“I liked it, I thought it was very appealing. I didn’t have to worry about over bidding and being outside of my price range. And I just think it makes more sense that way, all the way around — financially, and also what you can afford,” Turay said outside her home, which is currently under construction.

Turay moved back to Charlotte in 2013 and has lived there since moving. Now, thanks to a new work-from-home job, she’s on the move.

“I can go out to Union County because I work from home, and then, even when our office does open back up, I will have the flexibility to take the bypass, which means it won’t take me that long to get there,” Turay said.

She is just the latest person to take part in Union County’s quickly growing population.

“I like that it has sort of a country feel, without being so far removed. 'Cause, Mecklenburg is starting to be pretty crowded,” Turay said.

Her new home is in the Kellerton Place neighborhood in Monroe and is expected to be done in December.

“It is super exciting, because I only started my journey with this particular community in the beginning of August,” Turay explained.

Turay won her lottery to buy the property and build her home at a set price, which she said was ideal after experiencing the high bidding wars and competition in Charlotte.

“The bidding. The bidding wars were just like — crazy. Over-bidding, huge amounts,” Turay said with a laugh.

Barring any supply issues in the next few months, Turay should be in her dream, ranch-style home in time for Christmas.

“I know a number of builders were doing highest and best, but again, we were focused on affordability, and not everybody has the financial wherewithal to be able to bid above. They’ve got to stay within the budget they’ve set for their family,” Beulah added.

As the market adjusts to COVID-19’s impact on home building, M/I Homes last organized lotteries were in October. Now, the company will only use the updated and adapted system if particular lots or neighborhoods create high demand.

In the meantime, they will return to a first-come, first-serve approach as the winter months continue, according to Beulah.