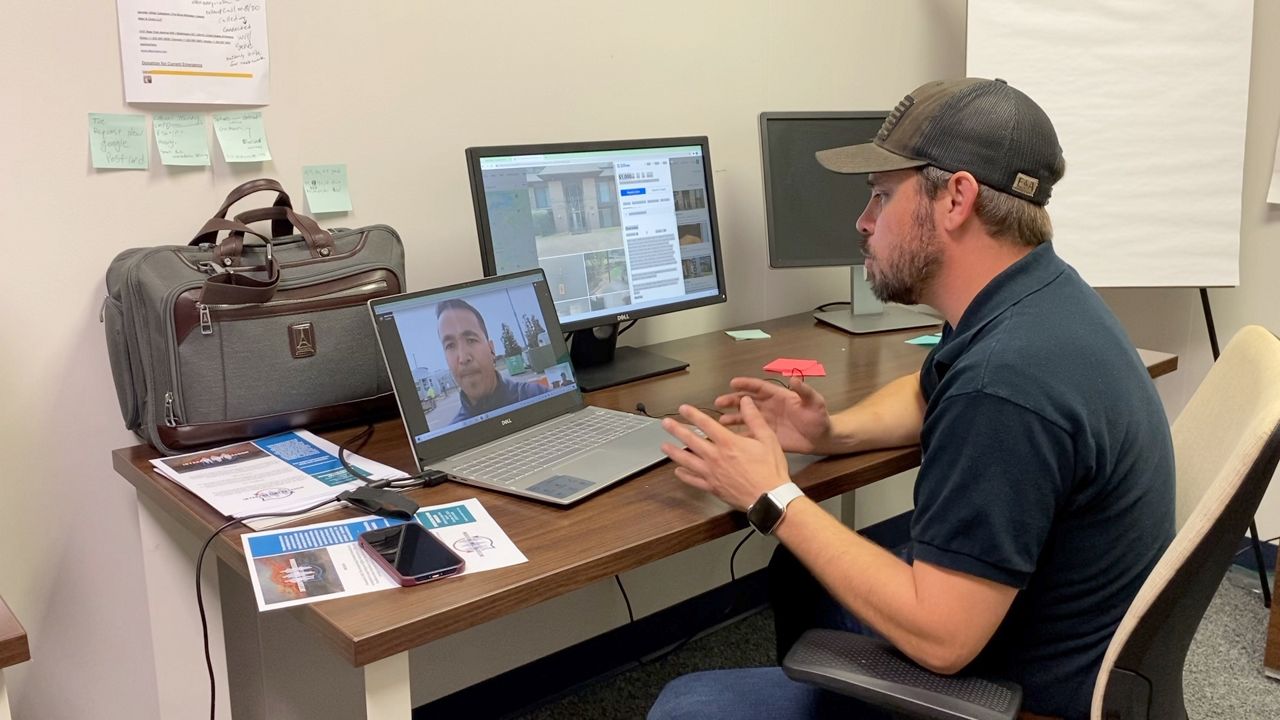 CHARLOTTE, N.C. — The clock is ticking for a Charlotte man who is trying to help a former Afghan interpreter and his family find a place to call home in the Queen City.

Since Hamid doesn’t have a current job or credit, many landlords are unable to rent to him

“We’re looking for a two-bedroom house under $1,000 within a half-hour drive of south Charlotte,” Kilbane said.

“I keep hearing [from landlords], 'I’m sorry I wish we could do more,'” Kilbane said. “But there’s nothing we can do.”

Kilbane works with Interpreting Freedom Foundation, a nonprofit that helps Afghan refugees resettle in the U.S. after leaving behind everything as the Taliban took over their country.

Kilbane has spent weeks driving around the Queen City in hopes of meeting someone willing to rent to Hamid, who doesn’t have a credit score or a current job.

Kilbane served two tours in Afghanistan and developed strong relationships with many interpreters who worked alongside him.

“They’re just wonderful people,” Kilbane said. “We drank a lot of Chai together, we ate meals together, we shared stories about our families … we did everything together.”

Kilbane said his sworn oath to never forget Afghan interpreters’ sacrifice for the United States guides him along this grueling journey.

With the help of Kilbane and other veterans, Hamid and his family narrowly escaped hours before a terrorist attack killed dozens of people at the airport in Kabul in August.

Kilbane regularly checks in with Hamid over video chat. Hamid and his family are currently staying at a military base about 40 miles outside of Washington D.C.

During their conversation, Kilbane tries to explain why he hasn’t found a place for him yet despite reaching out to more than 70 rental options.

“You don’t have a credit score, and because you don’t have a job, people are refusing to rent to us for you to live,” Kilbane explained to Hamid. “Because you can’t prove you can pay for it.”

Kilbane says their organization is offering to co-sign for Hamid, but many affordable housing communities will not accept a co-signer.

“I’m worried about [being homeless] when we get to Charlotte,” Hamid said.

Kilbane is determined to make sure that doesn’t become a reality for Hamid and his family.

“I’ll keep calling [landlords],” Kilbane said. “And hopefully someone will up and help out.”

Hamid and his family will arrive in Charlotte Tuesday. They will be staying in a temporary housing situation until they’re able to find a permanent option.

To learn more about how to help Hamid and his family find affordable housing in Charlotte, visit Interpreting Freedom Foundation's website.