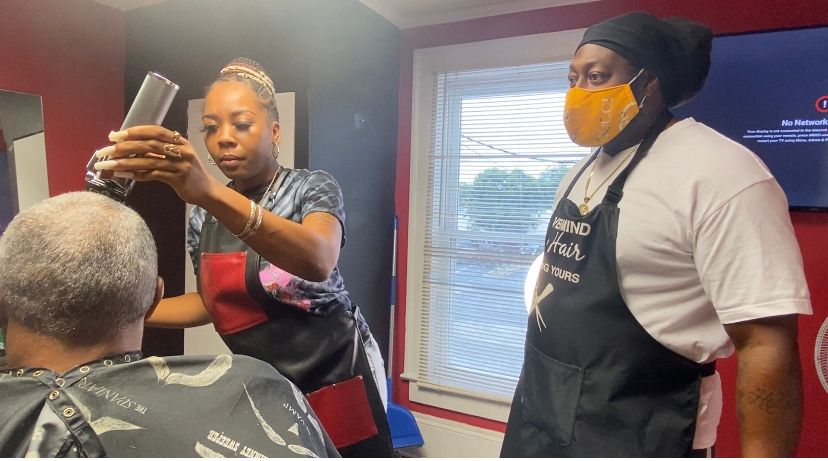 WINSTON-SALEM, N.C. — A Triad barber is passing on his tools of the trade through mentorship with Project M.O.O.R.E, a program dedicated to helping the formerly incarcerated.

Project M.O.O.R.E is a mentorship program aimed toward at-risk youth and the formerly incarcerated in Winston-Salem

Donald Weaks has been a barber for more than 30 years

Donald Weaks has been a barber for more than three decades. Barbering allowed him to make a life for himself.

“It groomed me into a nice young man…The smiles I put on people’s face, that’s what made me like it even more,” Weaks said.

Weaks had some challenges in life, and spent some time in jail. He was released in 2014. Weaks connected with David Moore, director of the Southside Foundation and Project M.O.O.R.E., two initiatives dedicated to helping at-risk youth and the recently incarcerated.

Shica Shell, 27, also turned to Project M.O.O.R.E. after her own challenges. She wanted to learn how to cut her 8-year-old son’s hair. The project connected Shell with Weaks.

For the past few month, Shell has learned the basics of barbering from Weaks, typically practicing cuts and fades on her son. Now, she’s looking forward to opening her own barbershop one day.

“My son is my motivation, because of him I can see myself being my own boss,” Shell said.

Shell says she appreciates having a mentor who has been in her shoes. Weaks believes it’s powerful to help a young person just by sharing his knowledge of barbering.

“Besides the enjoyment and excitement of it, and her hunger and stuff like that, I think she gets it as it can be a better position for her in life. By her knowing that, I think that’s what fuels her fire,” Weaks said.