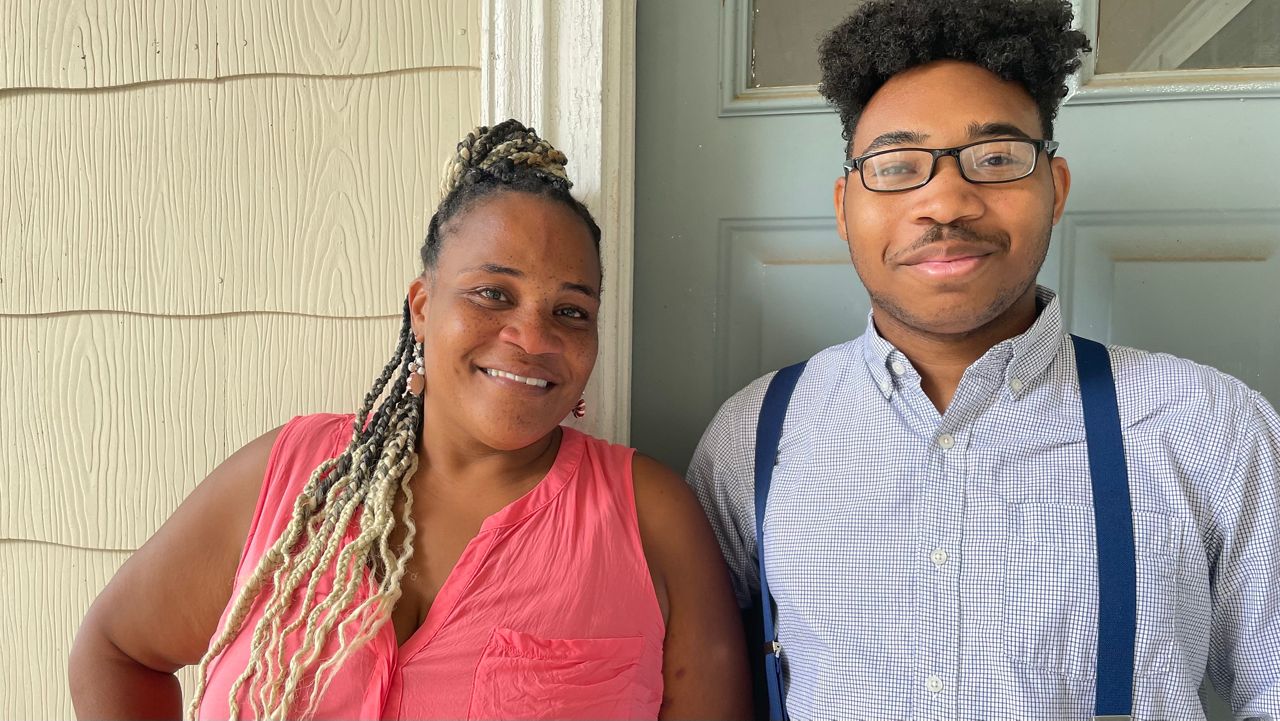 Aura Davis and Almahn Wilson pose in front of their home.

CHARLOTTE, N.C. — A Charlotte woman is turning tragedy into a way to raise awareness about mental health.

Aura Davis created Wilson Oasis in honor of Al Wilson, her fiancé and her son’s father. The nonprofit organization provides scholarships to Black men wanting to go to counseling.

In 2001, a few weeks before their wedding and a trial Wilson was expected to testify in, the salesman went missing in Alabama.

“It just changed my perception of the world, honestly, how thoughtless people can be for the life of others,” Davis said.

Authorities found his body in 2004. After that, Davis endured a long trial while grieving.

She was also raising their son, Almahn Wilson, on her own.

“She would cry and I wouldn’t know she was crying so that would made me cry,” Almahn Wilson said.

Davis went back to college to pursue a degree in psychology and a minor in public health. In 2019, she created Wilson Oasis, an organization that has helped her cope.

Almahn Wilson, the secretary of Wilson Oasis, said his father would be proud of the organization created in his honor.

“I feel like he would be amazed by this,” he said.

In July, which is National Minority Mental Health Awareness Month, Davis and Almahn Wilson are highlighting the benefits with boat rides. They include meditation sessions and conversations on the lake.

“The men that I’ve experienced have this idea that 'I can’t ask for help because I’m going to appear weak. Your family and friends will make fun of you,'” Davis said.

According to the American Psychiatric Association, lack of insurance, distrust and stigma are some of the reason African Americans may not seek for help from a mental health specialist.

“Within our own culture, it’s almost like we demonize mental health,” Davis said.

She hopes to change that perspective one boat ride at at time.

“When I get one man that goes to counseling, that is a big win for me because a lot of men have never received counseling before. They were afraid of it,” Davis said.

The organization is hosting their last July boat ride on Saturday. It will be for members of the Black LGBTQ community.

The nonprofit plans to provide additional boat rides for other groups this summer.

According to the U.S. Department of Health and Human Services Offices of Minority Health, each July we observe National Minority Mental Health Awareness Month to show the struggles racial and ethnic minority communities face in regards to mental illness.