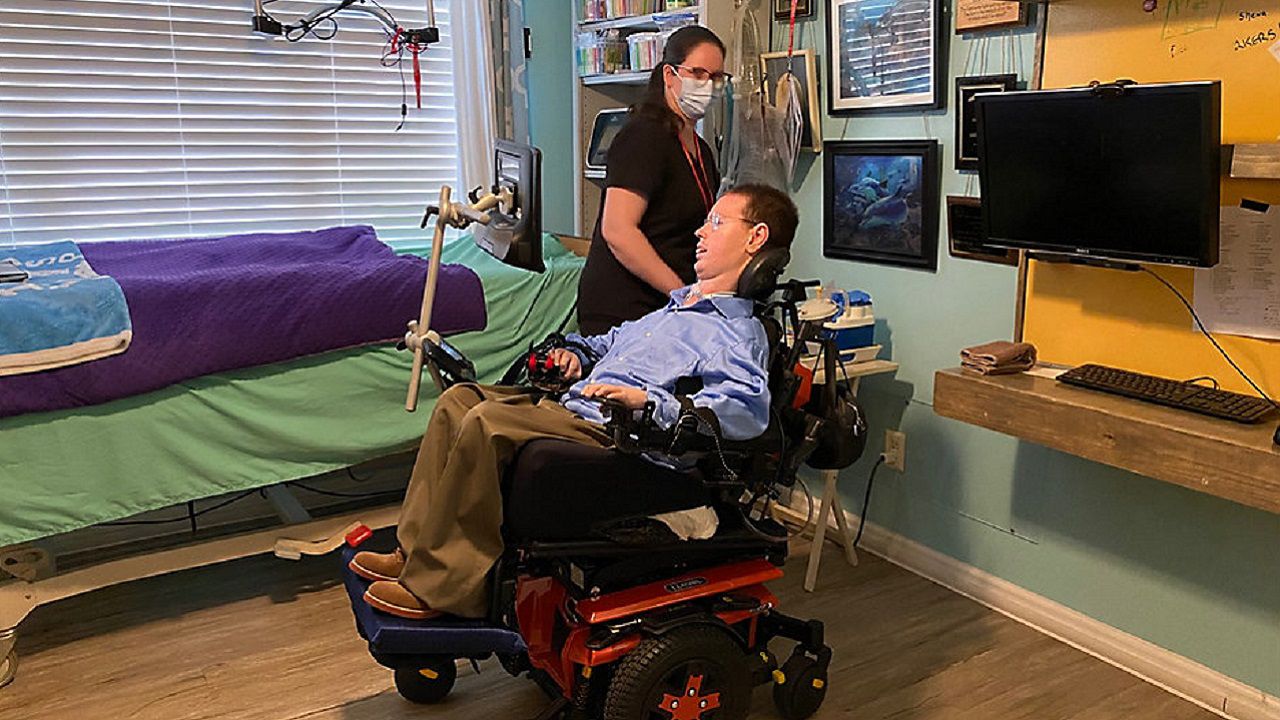 CHARLOTTE, N.C — A man who depends on private nurses 24 hours a day is asking legislators to include raises for them in this year's budget.

The North Carolina House and Senate are drafting their recommendations for the state budget cycle beginning July 2021. Once the House and Senate have their individual budgets, they will meet and vote on a final budget for Gov. Roy Cooper to sign.

Ari Anderson needs 24-hour care from private duty nurses, who he said are leaving for higher paying jobs in hospitals and other facilities.

So, he is urging North Carolina legislators to include $5.8 million in the budget for a raise in private duty nurse's Medicaid reimbursement from $39.60 to $45 an hour.

Anderson has spinal muscular atrophy and can't move or breathe on his own.

He has lost six nurses over the past three years and said his staffing agencies have no one to replace them. If a night nurse can't make it, Anderson has to rely on his mother, Stephanie Goldberg, to take care of him through the night.

“Sometimes my mom is so tired that she can barely walk or stand, after working a grueling shift at the hospital,” Anderson said. “It breaks my heart into a million pieces when she is then asked to stay up another 12 hours, because we don’t have a night nurse.”

Goldberg is also frightened she won't have the energy to take care of her son through the night.

“My thought is, 'Will I have the energy to take care of Ari? Will I fall asleep and I won’t hear the alarms or hear his call for help,'” Goldberg asked. “These are scary things that can literally happen. Too many people have died because the caregiver has fallen asleep.”

Anderson said he doesn't blame nurses for leaving to make a better living, but he does think North Carolina legislators can help.

By making sure their Medicaid reimbursement raise is in the final budget, he says they can get nurses to stay in private duty care.

Ari Anderson needs 24 hour care from Private Duty Nurses who he says are leaving for higher paying jobs. You'll hear from Ari on @SpecNews1CLT but I wanted you to hear more of the insights he has on the loss and how he says the NC legislators can help pic.twitter.com/uQTOUijPhG