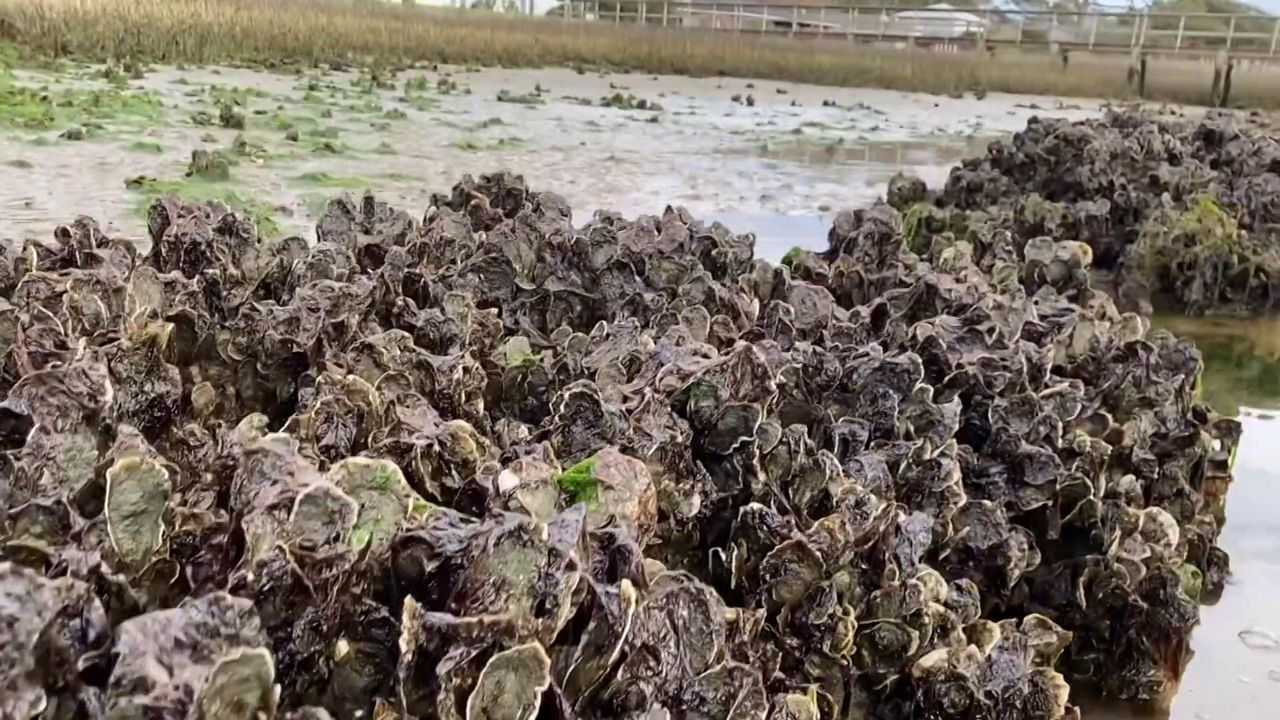 BEAUFORT, N.C. — Tom Steepy has been enjoying waterfront views from his house for the past 15 years, but when he lost a huge chunk of his shoreline to erosion, he was forced to begin looking for a solution. But unlike many people with waterfront homes, he didn't want anything made of wood or cement to interrupt the coastal environment. So he sought out an alternative.

“It was gradual up until about 2016 and all of a sudden, in one year, it ate up pretty much from where the wall is, to where it is now and we're really concerned about that area up in there,” Steepy says. “We lost 50-75 feet of marsh and that's when we got ahold of Coastal Fed.”

He ended up with a living shoreline built by the North Carolina Coastal Federation. They installed over 3,000 bags of oysters at the edge of his property as a barrier that would naturally stop erosion. Unlike a seawall, the oysters allow water to flow through them and deposit sand on the shoreline behind it. The salt grasses behind the barrier then hold that sand in place, so that it doesn't slide back into the ocean.

“But if you had a hard surface like a seawall or a bulkhead right here, a lot of times what happens is the waves will come up, hit that hard surface, and then they recede back into the waterway and eventually, over time, you can lose the marsh habitat in front of that structure,” says Rachel Bisesi, a coastal education coordinator with the Coastal Federation.

This system of fighting erosion was first developed in the 1980s but hasn't become widespread until now, as more people find out it's an option. Part of the Coastal Federation's goal is to train marine contractors in installing living shorelines rather than defaulting to a hard barrier.

“It's taken a while for people to learn about this type of structure, and people are used to seeing bulkheads and this just a different approach,” Bisesi says.

She says the cost of installing a living shoreline is comparable to what you would pay for a similar hard structure, but living shorelines are more effective, low maintenance, and hold up during hurricanes. In addition, the oysters work as a natural filtration device – cleaning the water and providing habitat for up to 300 estuary species.

“Eventually, over time, what will happen is new oysters will just keep growing on the backs of the older oysters and you will have a continuous oyster reef,” Bisesi says.

Steepy says his living shoreline is something of a local attraction, drawing interest from many people who say they wish they had thought to do that at their own homes.