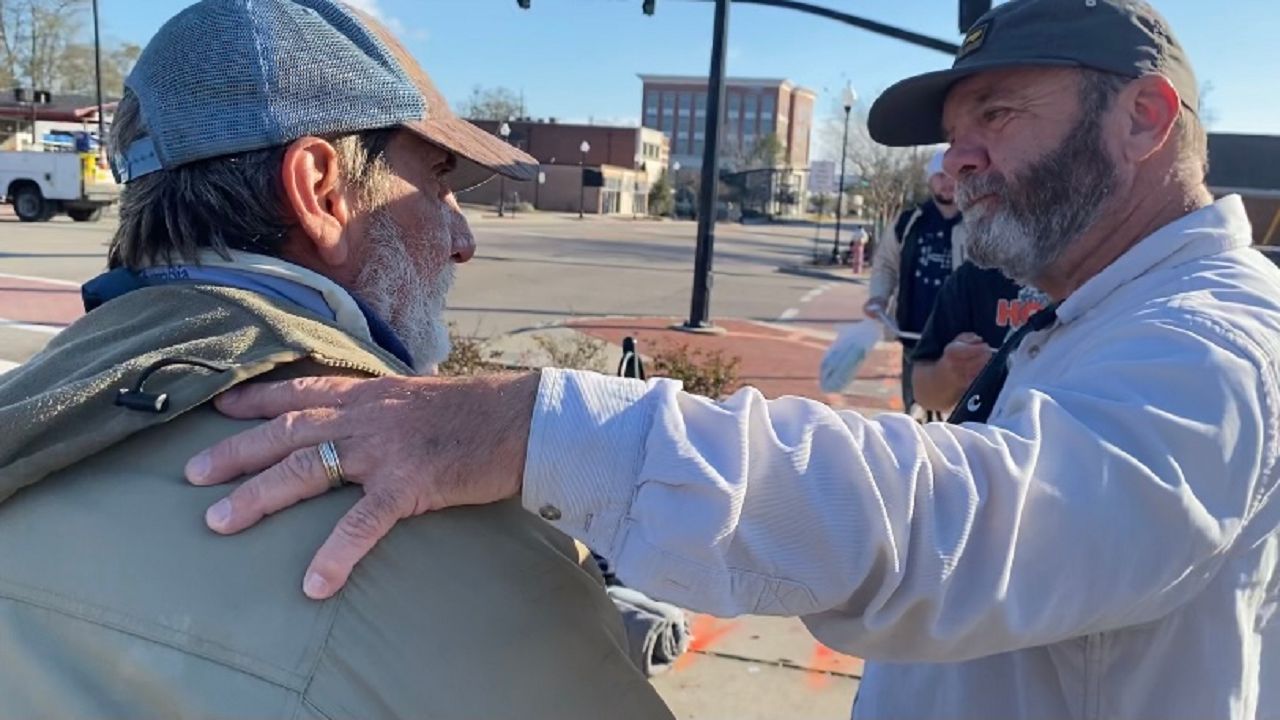 WILMINGTON, N.C. — Twenty years ago, Rick Stoker found himself wanting to help the people he saw along the streets in his community. He started taking food to them downtown and realized it still didn't feel like enough to him. So he decided to meet them where they were. That involved moving under a bridge, becoming their friend, and getting to know them for the people they are and the struggles they've walked through.

“I literally was reaching about a third of the people I was trying to reach, so I just decided to move under the bridge,” Stoker says. “I literally had a medical business, where I was an orthopedic salesmen, come up, get a shower, go to surgery, come out, and go back under the bridge later that afternoon and hang out.”

Now those bonds are even stronger and the homeless in Wilmington know they can depend on him. He takes a hot meal and good company to them every Wednesday night, while other volunteers with the street outreach organization he founded host a community meal in a downtown parking lot.

First Fruit Ministries has grown into an organization that offers many different programs to the homeless, including showers, laundry, meals, and free medical care, but to Stoker, it's all about what it started with – relationships.

“We are a ministry and we don't judge people and tell them what they can and can't do, and we have boundaries, but the big deal is we just love people,” Stoker says. “I'd rather get the opportunity to be their friend and love them and help them with some of the stuff that they need to get through, but that's just hard to do without a relationship.”

His entire goal is to help them on their terms and earn their trust. He says there's nothing wrong with handing them food and water, but when you sit with them and listen, that's when they share with you the serious problems in their lives.